The Pandemic Exposed Cracks in U.S. Child Care Infrastructure. To Build a Child Care Safety Net, Lawmakers Will Have to Fill Them. 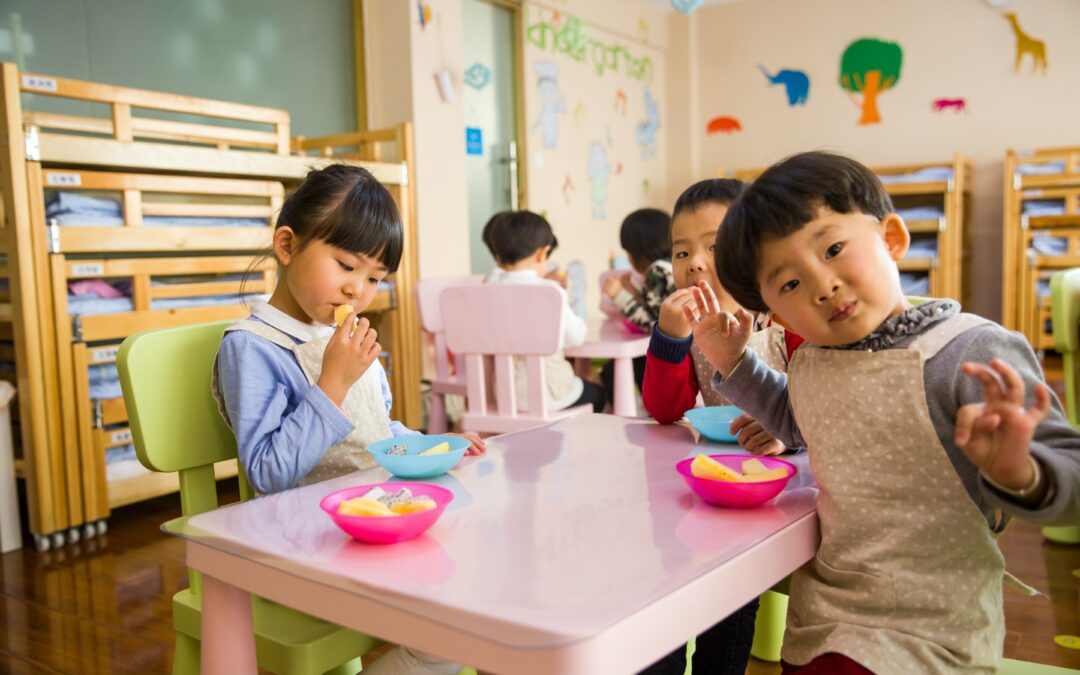 When Carmen Hurd gave birth to her son last year, she knew caring for him would be a lot of work, but she never imagined it would become her full-time job.

But when Hurd, a former farm manager from Fort Wayne, Indiana, discovered that infant care programs in her area charged more than $1,000 a month, she knew quitting her job to look after her son made financial sense.

“Daycare wasn’t an option, so I was a stay-at-home mom right from the start,” said Hurd.

Hurd is one of 110 million US adults struggling to access child care, an essential — and in many developed nations, heavily-subsidized — service that has long been too scarce or too pricey for the majority of US families. And since the pandemic, that problem has only worsened.

During the pandemic, many day care centers struggled to compensate their employees as they contended with forced closures, enrollment fluctuations and social distancing regulations that limited capacity and revenue. About 12% of US child care centers closed permanently during the first year of the pandemic, according to a report from Child Care Aware. And while generous pandemic-era grants helped resuscitate child care after the pandemic nearly decimated the industry last year, advocates say lawmakers must sustain that level of funding to protect an already vulnerable system from teetering over the brink of collapse.

Daycare enrollment was down 67% nationwide as of July 2021, according to a survey by the National Association for the Education of Young Children (NAEYC).

Nearly 16,000 daycares and licensed family child care programs shutdown permanently between December 2019 and March 2021, according to a new report from Child Care Aware of America.

But pandemic-era setbacks are just the latest blow to an industry that found itself in a precarious position well before the pandemic.

Since the late 1980s, child care grants have comprised a very small slice of the federal budget. Before the pandemic, states usually received between $3 and $5 billion dollars toward early childhood subsidy programs and financial support programs for daycares, Lehnhoff says. That’s just between 7 and 12 percent of the $42 billion dollars American families spent on early childhood education and infant care programs in 2021.

Over the years, advocates have tried and failed to convince lawmakers to funnel more money into early childhood programs. But it wasn’t until the pandemic hit that lawmakers had enough political will to act.

The act provided daycares with aid to increase sanitation measures and boost workers’ wages, but it didn’t help more families qualify for aid or eliminate many of the barriers to applying for aid.

Another broad COVID-recovery package seemed poised to address some of those issues, however.

In November 2021, the Biden administration introduced the Build Back Better Act, a multi-trillion-dollar spending package which included a bill that would pump $382 billion into childcare for children 0 to 5 funded by taxes on corporations and the ultra wealthy.

The bill would subsidize child care costs for nine in 10 families —only one in six families that need subsidies qualifies under the current eligibility guidelines — and families earning up to 2.5 times their state’s median income would qualify for aid. Child care co-pays for families receiving government assistance would be capped at 7 percent of a family’s earnings.

But the bill never passed. Senate Republicans blocked the BBB Act for fear it would contribute to the national debt and runaway inflation.

“‘Build Back Broke’ bill is what I call it,” said Republican Sen. Cindy Hyde-Smith of Mississippi, after the bill was passed by the House, which Democrats control by a razor-thin margin.

Some Republicans remain unconvinced any type of child care bill is necessary at all.

Although some lawmakers have expressed qualms about increasing social spending, the child care safety net is generally an issue of bipartisan agreement.

After the BBB Act died on the Senate floor last year, Republicans proposed a bill of their own that would funnel an unspecified amount of money through an existing government program to increase the dollar amount of child care subsidies and the number of families that qualify for aid. But that bill also failed as lawmakers found themselves unable to resolve key points of contention, like whether to increase child care workers’ wages. 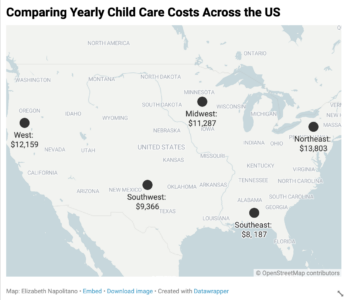 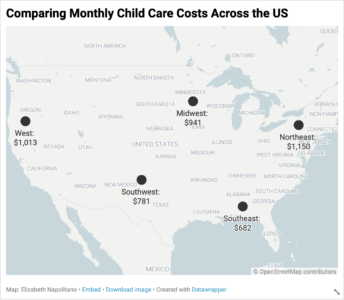 As congressional gridlocks continue to block federal aid and stymie the creation of a child care safety net, some states have stepped up to fill in the gaps.

But Gov. Hochul’s pledge to ramp up aid for New York daycares, workers and families across the state, isn’t the first or only state initiative to make advances toward universal child care.

“It’s free, no more co-pays, no more waiting,” New Mexico Gov. Lujan Grisham said after the bill’s passing. “This is the road to a universal child-care system.”

Grant Blitzke, a community coordinator at Family Help Network in Fort Wayne, Indiana, who connects low-income families with child care, estimates more than fifty percent of families that call him are ineligible for child care subsidies by a small margin.

“Oftentimes we receive calls from families looking for access to subsidies or vouchers  who are making just over the maximum income,” said Blitzke. “But even people that are considered well off still find that childcare is expensive for them.”

While New Mexico’s ambitious bill may appear to be a lodestone for other states, it’s unclear whether the state has the infrastructure and administrative capabilities to pull it off.

Arnold began researching infant care programs after her daughter turned one. Before that, she would strap her daughter to her back so she could complete her farm chores. But both Arnold and her daughter grew tired of multitasking.

“If I have to carry her then it’s hard for me to lift things, and there was a limit to how much she would tolerate.”

Arnold went to her local ECECD office to apply for aid, but she was met by a lack of attention and a three-hour-long wait.

“I was sitting there breastfeeding in this tiny little room full of broken dirty toys just waiting to meet with someone,” said Arnold.

Arnold was forced to leave work several times over several months to get help with her application, which had to be done in person. The process took so long she was forced to borrow money from her mother to pay her daughter’s daycare tuition.

“I have the really uncomfortable decision of telling [families] they can go somewhere else if they want to use the [government] vouchers, knowing that no one else has a spot for them,” said Scott.

Eighty-one percent of daycares that have remained open enroll fewer kids today than they did pre-pandemic.

And as rising wages in other industries tempt many child care workers to switch careers, daycare owners fear the number of spots they offer will continue to shrink.

“I have teachers with multiple master’s degrees and I would love to pay them more, but I just can’t pay them as much as other businesses would,” said Scott.

California, which also struggles with pandemic-driven childcare issues, is addressing a dearth of daycare spots by funding salary increases and training sessions for daycare teachers.

The bill is expected to create 200,000 new child care slots by 2025-26. It also includes $579 million for additional support to child care and preschool providers, including stabilization stipends, to ensure more centers can continue operating in the wake of pandemic-specific challenges.

Melissa*, a daycare worker in West Virginia, the fourth poorest state in America, says many of her friends who work in child care have left West Virginia for states like California, where state funding makes teachers feel “more valued.”
“All the good sensible people leave ASAP to find work outside the state because the pay here is awful and the resources are scarce.”

As daycare workers continue to abandon the child care industry due to a lack of support, families are finding it harder and harder to secure high-quality care. And while creating a child care safety net may not seem like the most important economic issue at the moment, it’s an issue which could undermine efforts to grow the US economy for years to come, Lenhoff warns.

“You can’t drive an economy when people can’t work, when you’re not investing in people.”