More Service Workers Are Filing For Union Elections. But What Happens After A Win? 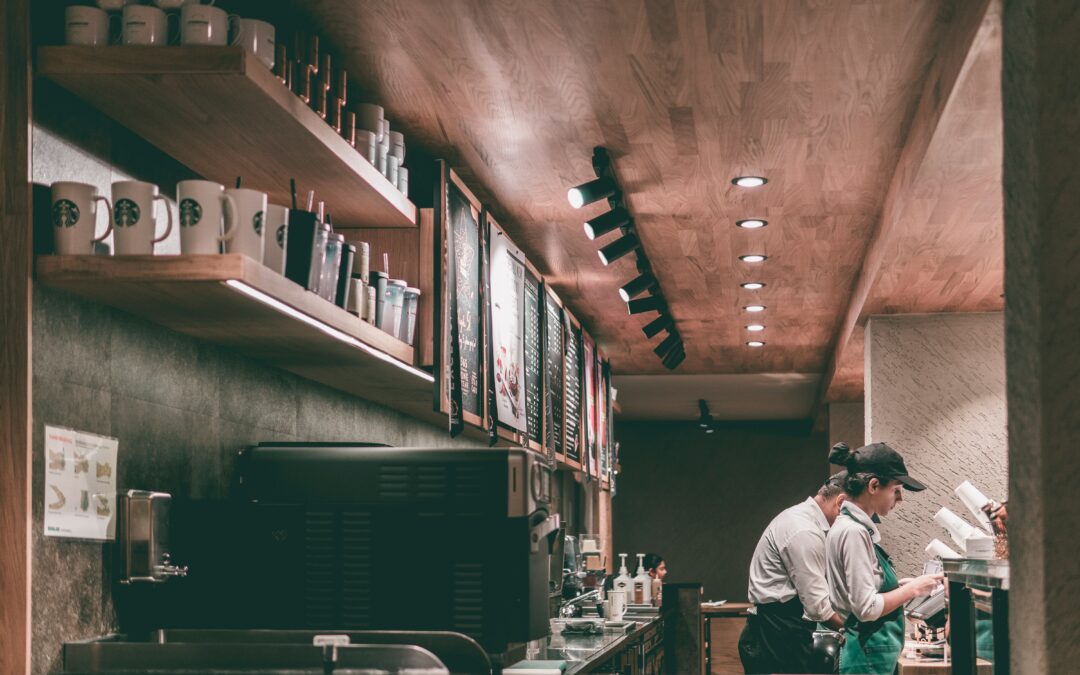 On April 7, Nadia Vitek was singularly focused on one thing: how fellow baristas would vote in the next day’s union election at the Starbucks in Ithaca, New York. Most workers appeared supportive. But it was everyone’s first experience with a union, and Vitek remained too anxious about the vote to consider how their jobs may or may not change following the election.

“The whole time up to the vote, I had tunnel vision. I didn’t think about what it would be like after,” they said. “We won, but the union busting didn’t stop. Our jobs are probably more miserable now than they were before.”

They won, but haven’t been able to sign a contract to improve the issues that made them unionize in the first place. Since then, Vitek said that Starbucks continues to try to undermine the union by rearranging schedules, bringing in new managers, and denying time-off requests that were previously always approved.

“They can’t dissuade us from voting no anymore. They’re just trying to get everyone to quit,” they said. “People see the headline that we won. But there’s still so much work to do.”

Workers are filing more petitions for union elections than they have in decades, and many are winning. But headline union victories are just the first step. Before they can reap the benefits of unionization, workers must go through the collective bargaining process to negotiate a contract with their employer. High turnover and continued anti-union efforts will be the next tests for service workers riding this year’s renewed wave of organized labor.

“This is the first time in recent memory that we’ve seen this kind of upsurge in unions,” said Ruth Milkman, chair of the School of Labor and Urban Studies at The City University of New York. “But we still don’t know the effect it will have.”

A larger and more diverse cohort of American workers are seeking union membership in today’s labor market. In April, the National Labor Relations Board announced that petitions for new union elections were up 57 percent, and membership for workers 16 to 24 years old grew more than any other age group last year. A Gallup poll showed that public approval of unions is at its highest since 1965, at 68 percent. Many college educated workers and younger service industry workers are leading the unionization drive.

One force supporting this wave is the current political climate. Labor advocates agree that President Biden and Secretary of Labor Marty Walsh form one of the most worker-friendly administrations in decades. One of President Biden's appointees, Jennifer Abruzzo, now heads the National Labor Relations Board and is seeking to ban captive audience meetings, calling them a violation of the National Labor Relations Act.

But even with this support, workers and their unions continue to face significant struggles after successful elections. When workers win a vote, companies still have a number of tools at their disposal to prevent the new unions from effecting major changes in the workplace.

One of those tactics is disputing the election itself. Typically, after a union vote succeeds, "the next step is for employers to file charges that the election was unfair," said Milkman. Those charges go to the National Labor Relations Board, which evaluates if any illegal practices took place by either workers or the employer during the election process. Investigations take months and can keep election results from being certified, further delaying workplace changes.

After elections, employers can also try to push out workers who were involved in the unionization efforts to weaken energy within the workforce during contract negotiations. That can be especially effective in service industry jobs, where already high turnover means the staff might change dramatically between the election and finalizing of the contract.

Starbucks has reportedly hired outside managers at its recently unionized stores, including the Ithaca location where Vitek works. Workers at locations in Ithaca, Cleveland and Buffalo report that their hours have been reduced dramatically after the vote. Vitek said the inconsistency of their hours made it difficult to get another part-time job to supplement hours lost.

Amid the unionization drives, Starbucks leadership has made changes, but not necessarily for all workers. CEO Howard Schultz also announced in early May that the company would raise wages for non-unionized workers, but the wage increases would exclude workers at unionized locations. Unions at multiple locations have filed claims with the NLRB, alleging the changes count as retaliation for organizing.

A spokesperson for Starbucks said the company is raising wages at stores where it has "the right to unilaterally make these changes." The spokesperson also denied allegations of retaliation, saying that hours for workers are seasonal and cyclical, and that the unionization status of a store does not influence the number of hours assigned to employees.

When unionized service workers finally get to the bargaining table, the process itself can drag on because an employer loses significant control of the workforce when a contract is signed: wages, benefits, hours, and rules of the workplace cannot be changed without agreement with the union. Contracts usually last from two to five years, then must be renegotiated.

"If employers fight in an election, they'll fight you in a contract," said D. Taylor, president of Unite Here. "The election is like getting on first base. The objective is to get home."

Taylor's union represents over 300,000 service workers in restaurants, hotels and airports, but successful elections haven't always led to contracts. Taylor said Unite Here won a hard fought election at Stations Casino in Las Vegas, but seven years later, they still have no bargaining agreement. The NLRB has issued violations to the casino, which has avoided the collective bargaining process through delays and legal battles.

Vitek's union has made wages a top priority in the proposed contract it filed this month. Currently, baristas make $15.97 at the Starbucks in Ithaca. Shift supervisors make $20.97 and have more responsibility but are still part of the union, unlike store managers, who are represented by Starbucks corporate. The contract proposes higher starting wages (Vitek would not share the proposed wage) and annual raises based on seniority.

Vitek's coworkers included other proposals like stronger workplace safety rules and more transparent human resources practices. That mirrors the historical priorities of unions, where higher pay was just one part of a larger goal.

"The main impetus to unionization is rarely money," said Milkman. "It's often more about having some say in the workplace, having some respect from the supervisor."

Many service industry workers switch jobs more often than other sectors, but at Starbucks, Vitek said a stronger contract would make them much more likely to stay. If the contract proposed by the union survives the bargaining process intact, Vitek might think of the job less as a stepping stone, and more as a job with long term potential.

"If we end up with a contract that's anything near that, I'd be so happy to be there for a while. I'd be respected and have control over my own working conditions," they said. "It's a long road. But we're going to win."