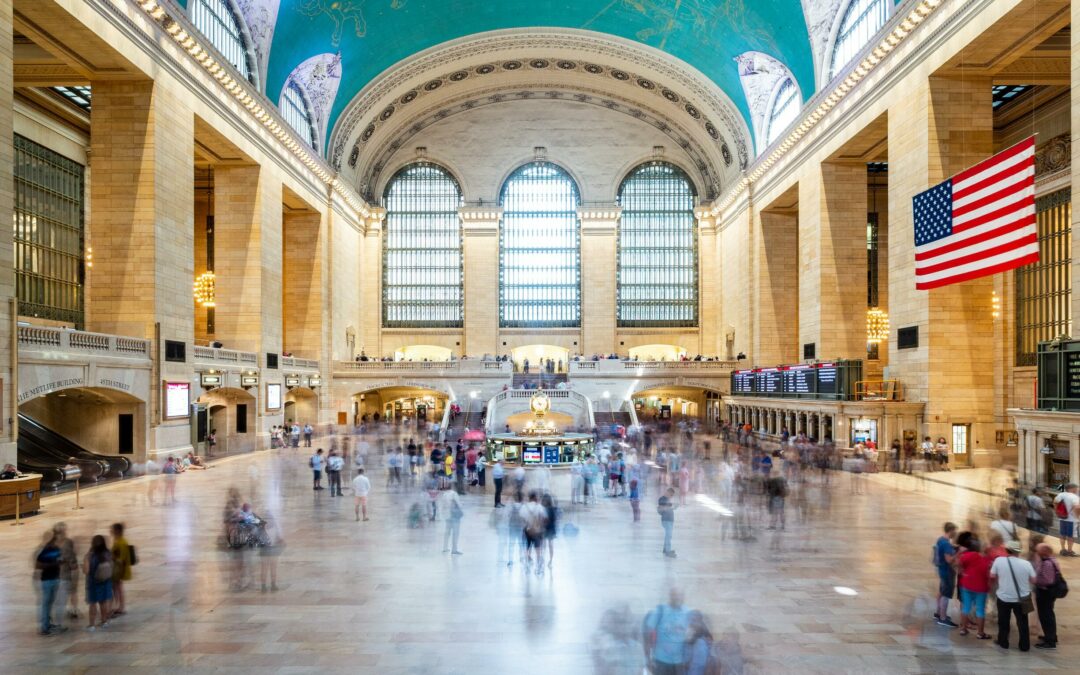 Robert Miller, the president and founder of Travel Advocates, was on pace for his best year ever when Covid hit. His business, which helps large groups book travel and accommodations throughout the country, earned two-thirds of its revenue from foreigners traveling to the US. The most popular destination was New York City.

Today, less than one-fourth of his customers are international travelers, and New York has plummeted in its popularity amongst his clientele. Miller’s business managed to survive by focusing on domestic travelers.

As the US economy continues its long emergence from the harms of the Covid pandemic, international tourism is one of the last areas to recover. American businesses earned 70 percent less from foreign travelers in 2021 compared to 2019, according to the Bureau of Economic Analysis. That’s forced many leisure and hospitality businesses, like hotels, to operate with fewer employees, resulting in a massive drop in employment in that industry.

Yet, many businesses have seen a bounceback in early 2022. International travel is expected to triple this year compared to 2021, though it may take several years to reach pre-pandemic numbers. 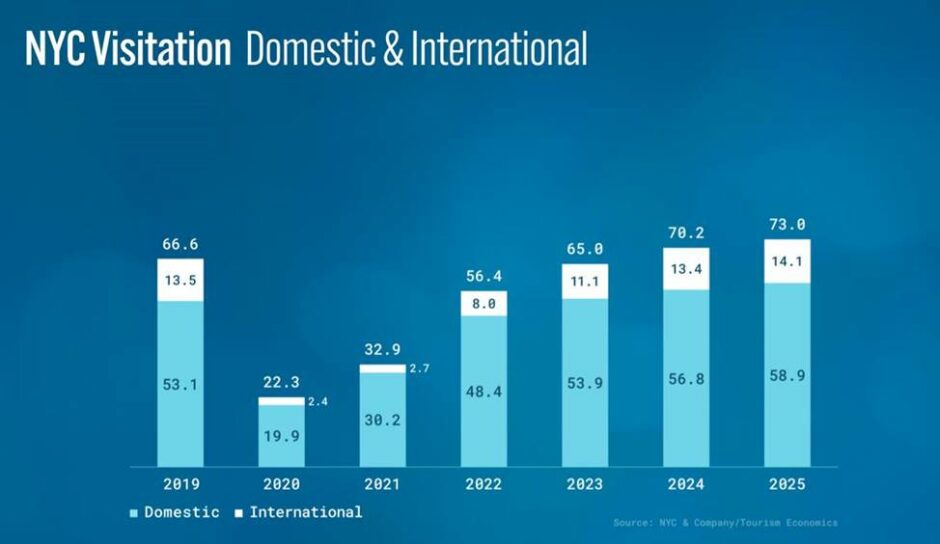 International travelers book longer stays in hotels than domestic travelers, and they spend more money on activities, like tours, expensive dinners, and other experiences.

Economists and industry experts have attributed the slow recovery to many factors, but Covid restrictions are one key reason. In November, President Joe Biden lifted an 18-month ban on travel from 33 countries, but the lift only applied to fully vaccinated travelers.

Foreign travelers need to show proof of vaccination and a negative Covid test within three days of visiting. Countries like China and New Zealand have made it difficult for their citizens to travel internationally.

“We are the only country in the developed world that still has a testing requirement,” said Vijay Dandapani, the president of the NYC Hotel Association. “That’s a pretty huge deterrent.”

Another cause for the slow recovery of international travel is that the average American is much better off today than their overseas counterparts. The US trade balance—which counts international tourism as an exported service—has shown that Americans, buoyed by stimulus, have heavily outspent their Chinese and European peers, especially in travel.

That’s sent ripples across the economy. More than 100 hotels in the city have remained closed since the start of the Covid pandemic. Nationally, thousands of hotels have closed, according to the American Hotel and Lodging Association, though the exact number is unclear.

Hotels employ about 15,000 fewer New Yorkers than before the pandemic, according to the New York Labor Department. Nationwide, there are 500,000 fewer jobs at hotels compared to February 2020. Now, with hotels reopening and new ones rising—29 hotels opened in New York City since the start of 2021—some businesses are struggling to compete in a competitive job market.

“We’re doing a lot more with a lot less people,” said Peter Yeung, managing director of Walker Hotels, which has six properties in New York. “We just can’t find enough experienced, tenured hotel people in the job market. We’ve seen that across the board in every position.”

Yeung’s team has adjusted by hiring employees without hotel experience, which they rarely did before Covid. His hotels employ 20 percent fewer people, and they’ve had to reduce services like dining because of the reduced headcount.

They’ve also raised prices on rooms, something many hotels have had to do to survive while occupancy numbers were down. Nationally, hotels have booked out about 63 percent of their rooms in 2022, just three percentage points off their 2019 number. In major cities like New York, hotels shoot for 80-90 percent occupancy, which Yeung’s Manhattan hotels have achieved in 2022. Citywide occupancy was at 89 percent in 2019, while the 4-week moving average ending in mid-May was 78.1 percent.

Hotels like Yeung’s that have survived this long despite Covid have Americans to thank. For the last year, Americans have traveled domestically near pre-Covid levels, except during the Omicron wave of late 2021 and early 2022.

For Yeung, a brief influx of European tourists saved his business in March and early April, but the situation has changed dramatically. “Over this past month, I don’t need the European traveler. I am just gangbusters with everybody [domestic tourists] coming in,” Yeung said.

“The good news is, things are starting to turn around. And we’re quite bullish about the future,” said Heywood of NYC & Co. The story has been similar in tourist-driven states like Florida and Nevada, where state and local governments have reported huge recoveries in tourism driven by Americans.

Robert Miller felt the pain of losing international travelers, who spend four times as much as his American customers. Miller laid off all but a handful of his staff in June 2020 and pivoted the business towards domestic travelers.

That move paid off as Travel Advocates weathered the storm. Now, with international travel recovering, Miller forecasts a strong 2022. He’s also been able to rehire almost every employee he laid off.

Some politicians, like New York City Mayor Eric Adams, have ended local and statewide Covid restrictions in an attempt to attract more tourists. Adams has ended some mask mandates and proof-of-vaccination requirements, similar to states like Florida, which has attracted record levels of domestic tourists in 2022.

“My administration is laser-focused on driving tourism in this city and letting the world know that New York City is back,” said Mayor Adams in an address in late March.