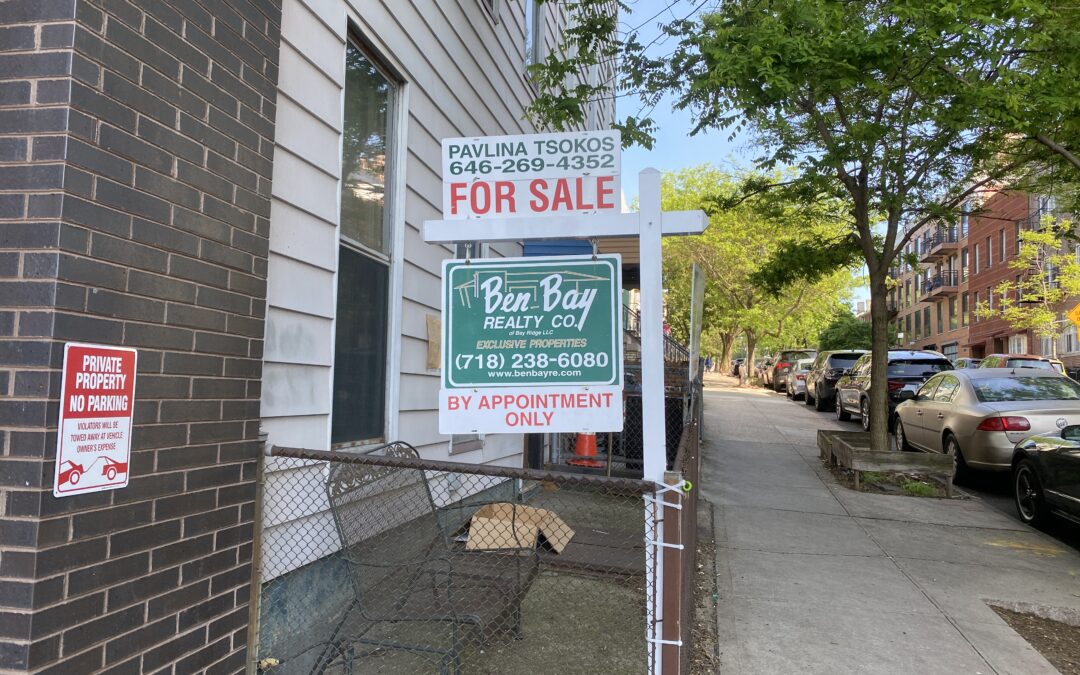 Three years ago Long Island developer John Stumpf bought a former gardening center with plans to turn the site into four duplexes. The project would create much needed rental housing in a walkable neighborhood close to an LIRR station.  But to build Stumpf would first need a zoning change, which meant navigating Long Island’s complex web of local governance.

He would need approval from the local township to change the zoning and then additional permission from Nassau County before a building permit is released.  Even if everything went right, getting a building permit could take years.

“It’s just a lot of procedures to get things done,” said Stumpf. “It’s not like, ‘Oh, beautiful! There’s a piece of property. Start digging!’ It doesn’t work that way.”

Federal agencies estimate America has a deficit of 3.8 million homes necessary to meet demand. The shortage is particularly acute in the New York area. The region’s population increased by 6% over the past decade but the housing stock has only grown 3.5%, according to an analysis by the Regional Plan Association. Home prices have risen correspondingly, increasing nationally by 18.8% and 13.6% in the tri state area.

The asking price for vacant apartments has doubled over past 20 years, according to the Census Bureau. Policy experts say that without intervention to increase home supply affordability and housing insecurity will grow.

“We’re in a giant, cruel game of musical chairs and the people who get to sit down first are the ones with the most money. And until we bring more chairs to the game, the folks with the least money are going to be screwed,” said Michael Andersen, senior researcher at the Sightline Institute.

“Prices are increasing and our response should be [to] increase the supply of housing, right?,”said Nick Finio, Associate Director of the National Center for Smart Growth at the University of Maryland.  “With a few exceptions, we aren’t really doing a good job.”

Zoning barriers are a major driver of the current shortage. Many jurisdictions outright ban the creation of multi family homes. And when zoning changes do occur, public resistance can delay the completion of new housing.

“It’s illegal to build a small apartment building in most of every city in the country. Anything bigger than a one plex is banned from 70% of our cities,” said  Andersen. “If you do allow housing to exist, then people can respond to shortages like this.”

New York’s building woes exemplify the dilemma. Figures from the Regional Plan Association show that while 572,000 new housing permits were issued in the New York region from 2010-2020, the number of units actually constructed was closer to 360,000 units. This in turn has fostered New York’s housing affordability crisis.

“The years of underbuilding for the past decade, from 2010 to 2020, meant there weren’t enough homes available to meet demand. There’s too many ways to impede, to question and delay the process to change zoning and land use laws,” said Marcel Negret, senior planner at the Regional Plan Association.

The under building has a dual impact on housing prices: it becomes harder to buy and also more expensive to rent. The dynamic puts renters and would be buyers into a bind as homeownership becomes harder to attain and rent prices become more unstable.

Brooklynite Erik Nilsen has experienced the downsides of  buying in a housing shortage. He went into contract for a $600,000 condominium in November—the best deal he could get within his budget. But he has been unable to get a closing date. Now he’s staring down a 25% increase in his monthly rent.

“I’ve lived in New York city for most of my life. I’ve been renting for all of it. That’s why I wanted to buy something to begin with. I’m so tired of moving,” said Nilsen.

“The only comprehensive and systematic way to reduce the cost [of homes] is to build more homes. And that includes legalizing more homes,” says Michael Andersen.

But in jurisdictions with a history of “home rule” attempts at reform have fizzled. Intense opposition from suburban lawmakers pushed New York Governor Kathy Hochul to drop plans to legalize housing types like basement apartments or granny flats. The hope was to streamline onerous zoning that made multi family homes difficult to build.

“The ADU situation was very unfortunate because I think it was just used as a political football,” said Negret from the Regional Plan Association.  “A lot of our suburban land use regulations and zoning are reflecting a demographic from a different generation.”

The Regional Plan Association estimated that by 2040, relaxing bans on ADU’s could create 500,000 new housing units throughout the New York region. Nassau County, Long Island would see the greatest housing gain, with 92,000 units. A critical number for a jurisdiction that only permitted 11,000 units of housing in the past decade.

Pilar Moya, the executive director of Housing Help Long Island, says ADU reform would help ease a housing shortage that has only gotten worse in the wake of the pandemic.

“That would be the most feasible way to create more housing,” said Moya.  “Right now local zoning laws always get in the way.”

Moya’s organization maintains a list of open apartment rentals on Long Island and updates it twice a week. Within 48 hours of an affordable listing, the apartment is gone. Moya says a flood of residents from New York City has only added pressure to an already strained housing market.

“We have this influx of people from the five boroughs that move onto Long Island. Not only did that bring up the prices of the home values, but it also brought up the cost of rentals. And now we have much higher rents, less supply of rental housing. Which is the perfect storm”

With support from local planning officials Stumpf was able to get his zoning change approved but the process was lengthy. It was one year before the project came before the zoning board and another six months before approval–a total of 18 months.

And because it is a new subdivision, the project needed additional approval from Nassau County, approval Stumpf received this month. He plans to begin building within the next 90 days.

“There’s just so many moving parts. After it gets through the county, you go to the town. And then you [have] to get the water and the sewer all approved,” said Stumpf. “I describe it a lot of times to people as a ping pong match. It just goes back and forth and back and forth.”