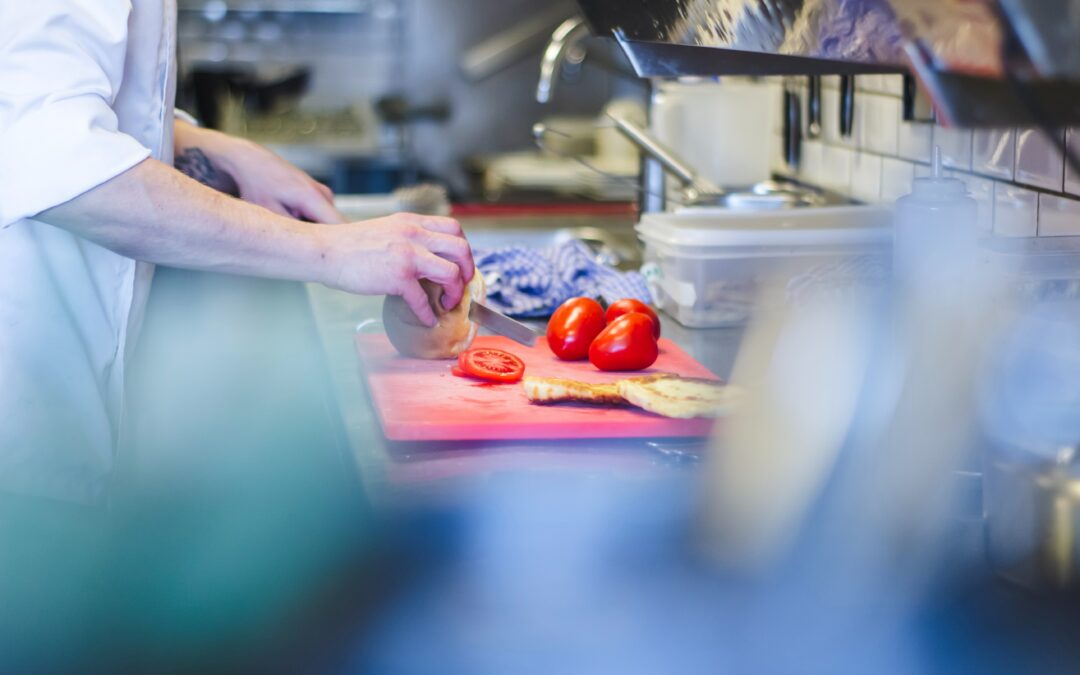 A cook with no cookware is like a fish with no water. For an Alabama cook at a Huntsville gastropub cuisine restaurant, who asked to go by Sean, what sounds like a cook’s worst nightmare has become a recurring problem for the past two years.

Sean and his co-workers have struggled as global supply chain shortages have caused a lack of 6” and 9” cooking pans in their restaurants. Sean, a veteran in the hospitality industry, has done his best to adapt to the situation and prepare meals at an adequate workflow to prevent burdening his dishwashers. However, he has already seen co-workers quit over the ordeal.

“Cooks can be prima donnas if they don’t have enough [stuff],” he said. “The undue stress from having to think about solutions can cause cooks to quit if they aren’t yet hardened by the industry.”

Sean’s experience is not unique; restaurants have been experiencing long shipment times for goods such as cookware, utensils and even certain ingredients.

The supply crisis in the restaurant industry was a result of the pandemic, as a number of restaurants rely on materials shipped from abroad. As a large portion of families stayed at home while receiving stimulus payments, demand for goods made overseas such as furniture increased and ports became overwhelmed.

“I think the best analogy that I have heard from a supply chain perspective is that it’s a traffic jam. And a massive traffic jam blocking all the lanes of traffic,” said Keaton Miller, assistant professor at the department of economics at University of Oregon.

Restaurants had to endure this congestion as they catered to customers through takeout and outdoor dining. Now over two years later with things back to normal, sales have increased almost 70% as reported by the U.S Census Bureau’s retail and food report, as people feel more inclined to go outside and resume normal activities. However, with a resurgence of COVID-19 cases in China that triggered harsh lockdowns and is congesting ports further, challenges obtaining needed materials are likely to persist.

In cases such as Sean’s, lack of supplies have begun to exacerbate other problems such as staff shortages. However, for other restaurants, shortages have started to impact customers.

Guston’s Grille, a sports bar and grille with two locations in Georgia, has had to raise the prices of their wing menu items because of a shortage from Tyson caused by labor shortages earlier this year. Unlike the rest of the menu, Guston’s Jumbo Wings does not flaunt a low price next to its name and instead just says ‘market price’ to reflect the growing price as shortages get worse. Elle, a server at one of the locations, has noted that although prices for these dishes have increased 75% for customers, her establishment has still lost money.

Prospects of more delays will only deepen as China’s major port cities enter their second month of the zero-Covid policy. Ports such as Changshu and Lianyugang have already begun to experience longer dwell times (the waiting time before cargo is scheduled to export) just one month into lockdowns.While larger corporations may be able to juggle the continued curveballs brought by this congestion, smaller restaurants like Guston’s Grille will have a much harder time. 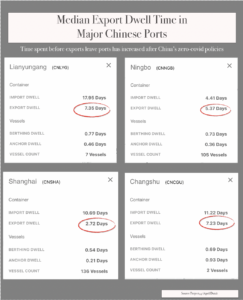 “In this instance, yes, size matters significantly,” says Dr. Tony Lynch, assistant professor of supply chain management at Penn State University-Harrisburg. “If you're a smaller or medium sized business and your container was stuck on a ship off the coast of L.A, you're just sitting and waiting.”

The burden on restaurants is only expected to get worse as more people feel inclined to go out over the summer after two years of being kept indoors.

“You're going to have this demand shock,” said Miller. “And the way that markets deal with that is prices are just going to be more expensive.”

Whether or not customers will continue to be receptive to these price increases is unknown to servers like Elle who are at the frontline of complaints. In the meantime, she has already become acclimated to pacifying customers who reminisce of ‘prices in the 1950’s’ with a kind tone and smile on her face.