Five Things to Watch in the May International Trade Report 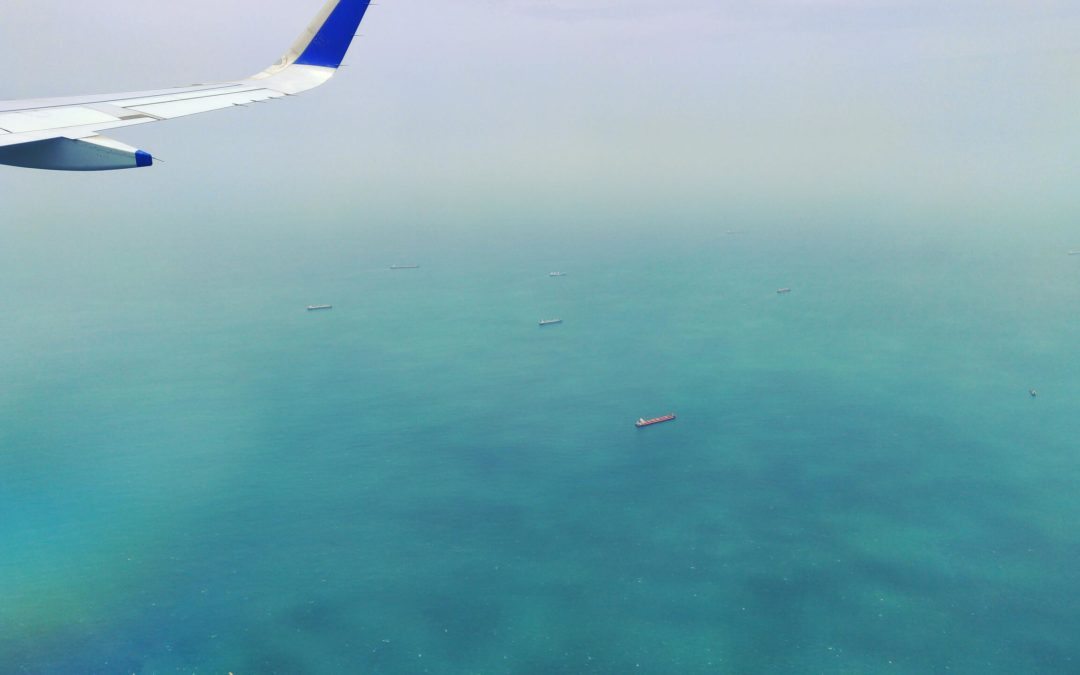 The last two international trade reports have shown the US trade deficit holding at a record high. Tomorrow, the latest report will be released. Economists surveyed by Bloomberg expect the deficit to hit a new record, likely over $100 billion, compared with about $89 billion last month.

Here are five things to watch for in the report.

The US is one of the world’s largest importers and exporters of oil and gas, though the nation is a net importer. As such, increasing prices will grow the trade deficit.

“Those rising prices really pump up the import bill,” said Peter Morici, Professor Emeritus of economics at the University of Maryland. “That can’t change until alternatives are available.”

Increased costs present two options for the country. Accept the higher cost of imports, or produce more oil and gas domestically, reducing imports. Morici and other economists argue that it’s too difficult to drill for oil and gas in the US and that domestically producing those fuels is not necessarily worse for the environment than importing.

President Joe Biden has spoken about allowing more oil leases and pipelines to increase domestic oil production. The impact of this change is yet to come, but there has been a modest increase in oil rigs and domestic oil production in recent months. Simultaneously, oil exports have fallen slightly, mainly due to decreased demand in China.

Neither Russia nor Ukraine is a significant trade partner with the US, but Russia sells natural gas to the European Union. With sanctions on Russian oil and gas throughout much of the western world, this report could show a slight increase in exports to the EU in that category.

Also, tomorrow’s report could show a slight uptick in exports to Ukraine, based on American military aid to the embattled nation. In a month when many economists expect that exports could be down, aid could be one of the few exceptions to that.

Still, military aid has increased as the conflict has gone on, so this report won’t reflect the total aid to Ukraine.

When anything happens in China, the ripples reach around the world.

Covid shutdowns in major cities throughout China have slowed production and caused backlogs at ports. Those shutdowns in large port cities, like Shanghai, restrict the flow of goods from Chinese shores to American shelves. However, it’s unclear how hard those shutdowns will hurt American imports. In a month where economists expect the trade deficit to grow larger, this is one trend that could go against that shift.

Aside from port closures, China’s current Covid policies have reduced demand for foreign goods. One notable area of decline is fuel imports, much of which comes from America. This report will show how much falling demand hurts petroleum exports.

The trade deficit has grown more significant over the last several months because American consumers were better off than their overseas counterparts. Now, with rising interest rates and inflation, some economists wonder if overseas counterparts will make up some ground on this report.

But, while the average US consumer is not as well off today compared with the first quarter of the year, the same is true for much of the rest of the world.

Russia’s invasion has created political turmoil and uncertainty in Europe. Some economists have claimed that many European consumers, especially in western Europe, have avoided the economic impacts caused by that political turmoil. Yet, others forecast a dip in demand throughout the continent for American services.

The same can be said about China, as discussed above. So, while pain in Americans’ pockets would typically shrink imports, conditions overseas may shrink exports even more.

Covid hit the travel industry harder than almost any other sector. As travel started picking up in late 2021, the Omicron wave stopped that trend. Now, it seems that international travel is trending up. Tourism to the US has increased in recent months, while travel from the US is down, according to Chris Low, an economist at FHN Financial. Americans traveling overseas count as imports, while foreigners traveling in the US count as exports.

International travel numbers are far from pre-pandemic levels. Still, travel is one of America’s most important exports. A rebound there would make a welcome addition to the export column.

As international travel recovers, domestic travel is above pre-pandemic levels. That means airlines have invested in new aircraft to prepare for increasing demand. Boeing’s recent troubles have forced many US airlines to look overseas for their planes, especially at AirBus.

Imports of airplanes and airplane parts have been among the fastest-growing imports in recent months, and that trend may continue.