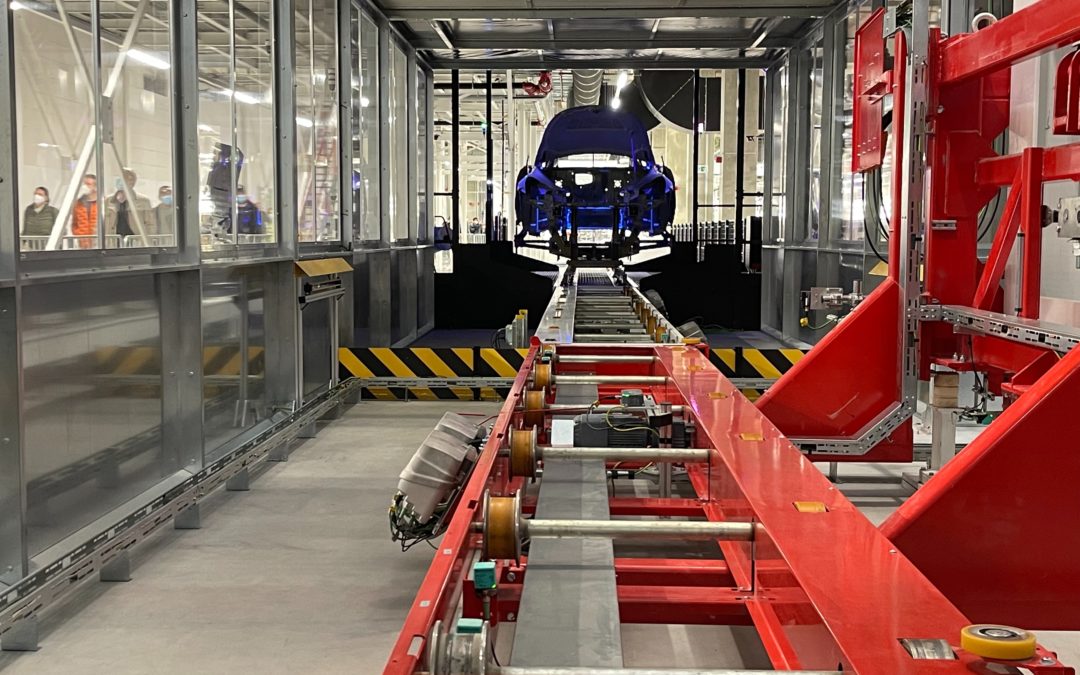 The Census Bureau will release its report on durable goods on Tuesday, a measure of how orders and inventories are changing for long lasting items like appliances, cars and electronics. Economists predict new orders will increase slightly, about 1 percent.

Here are five things to watch out for in the report, releasing on April 26 at 8:30am EDT.

The economic story worrying Americans most right now is inflation, and demand for durable goods has been partly to blame. Since the pandemic, consumers have been on a spending spree for items like dishwashers, furniture and computers. But when manufacturers couldn’t keep up due to pandemic disruptions, prices rose, kicking off the record levels of inflation felt today.

The previous report for February was the first to show a fall in orders in four months. If Tuesday’s report shows another slowdown, that might allow manufacturers more time to catch up, slowing the rise of prices. But that pass-through effect from manufacturers to consumers is not guaranteed to happen quickly, or even at all.

Tim Quinlan is a senior economist at Wells Fargo. “The immediate effect of a drop in durable goods orders to a relief in consumer prices — I’m not holding my breath for that,” he said.

Still, a small decline or even modest growth could be a sign that efforts to cool down the economy are beginning to work.

Consumers and manufacturers alike have gotten used to products being less readily available than they used to be due to clogged up supply chains. Tuesday’s report will show if that situation is improving. The number of orders that went unfilled in February fell by 0.3%, and the March report is expected to show more improvement.

But supply chains aren’t clearing up across the board. Auto manufacturers are by far the most affected, with shortages of computer chips still slowing production. Still, demand remains high. In March, car manufacturers received $54.5 billion in new orders, but shipped out $240 million short of that. The unmet demand means prices keep rising: prices for new cars rose 12.4 percent in the past year.

With cars embodying the worst of the supply chain crisis, economists are concerned that there hasn’t been much improvement. “They’re still producing well under what the market demand is,” said Russell Price, chief economist at Ameriprise Financial. “High prices are easing some of that demand, but certainly not all of it.”

Other sectors less reliant on microchips are expected to show some signs of progress and small declines in the number of unfilled orders.

Businesses Pumping the Brakes On Investment

To ease inflation, the Federal Reserve raised interest rates in March, and is expected to do so again in May. That makes it more expensive for businesses to borrow money and invest in new plants or equipment. The Fed’s decision has quickly affected interest rates for market indicators that signal how willing businesses are to borrow, like the ten year treasury bond yield, which has risen over 60 basis points since the Fed’s decision in March.

All this means that economists will look at how new orders for capital goods have changed in Tuesday’s report.

The previous report showed a decline of 0.3 percent in new capital goods orders excluding aircraft (which is a volatile figure), and if it declines again it means that businesses might be slowing their blockbuster levels of growth. More than 431,000 jobs were added in March, but a slowdown at some point in the coming months is likely imminent.

Skipping the Dishwasher For a Vacation Instead

With omicron receding, Americans are spending more and more on services like hotels, restaurants, salons and casinos. That means they’re slowing their spending on the types of durable goods that had a boom in the pandemic, which to Quinlan, makes sense.

“If I got a new dishwasher or car last year, I don’t need to replace those things so quickly,” he said. “If I had to rank where growth will be in the next year, it will mostly go to services.”

That shift towards services doesn’t necessarily mean big cuts to durable goods orders. Many service-sector businesses still rely on items manufactured in the United States, and if those businesses are receiving more demand, they’re more likely to make investments. Restaurants may spend on heavy stand mixers or espresso machines, beauty salons on styling equipment, or hotels on furniture.

While the durable goods report is a leading indicator of where the economy is headed, it’s difficult to draw big conclusions from its headline number of whether new orders went up or down. Orders for new aircraft, which are infrequent but large, can sway the overall figure, and the supply chain struggles of automakers can do the same.

Growth is predicted at 1 percent, but the overall state of the economy at the moment means the report is unlikely to be large in either direction. Instead, it will reflect the fact that the economy is at an inflection point, with inflation, a tight labor market, and the Ukraine conflict signaling a slowdown is on the horizon.

Quinlan, like other economists, is searching for how to engineer that transition without people experiencing layoffs or financial strife.

"How do you pull off that perfect landing, where price pressures abate but you don't crash the plane and drive the economy into a recession? Right now, we don't know."