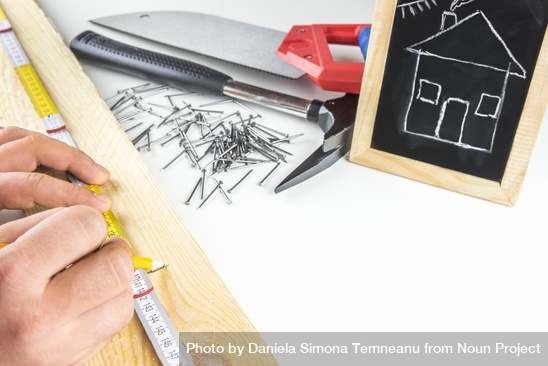 Housing price growth continued in January, a sign that low supply and a dearth of new construction are keeping costs high.

The S&P CoreLogic Case-Shiller U.S. National Home Price NSA Index reported a 19.2 percent gain from last January, up from 18.9 percent in December. Phoenix, Tampa and Miami continued to lead year-over-year price increases in the U.S., though all 20 cities in the index saw price increases in January.

“We’ve got just more evidence that the U.S. economy is experiencing really vibrant demand throughout it – at the same time, there are massive supply constraints,” said James Knightly, the chief international economist at ING. “The end result is, prices continue to go higher.”

The January price increases came as existing home supply continued to dwindle and construction stalled due to supply chain shortages caused by the pandemic. But some economists say the pace of price increases is likely to moderate as home construction picks up and higher mortgage rates dampen demand.

The nation as a whole severely underbuilt in the years following the housing crash, with the U.S. failing to resume pre-crash permitting levels until early 2020, just before remote workers sought more space and warmer weather in previously low-cost cities, and young buyers entered the market.

Construction is picking up. Seasonally adjusted housing starts last month reached 1,769,000, the highest number since June of 2006, shortly before the last recession. But building new homes remains a struggle as shipping and processing plants were impacted by pandemic shutdowns and worker shortages. The high price – and in some cases, downright unavailability – of construction materials is hiking the costs associated with building new housing, just as the nation needs it most.

Luke Smith, the vice president of Alto Construction in Tampa, has hired more than 10 people so far in 2022 to keep up with increased demand from customers, including housing and warehouse developers. He’s had to have uncomfortable conversations with customers about absorbing unexpected price increases for materials like asphalt, and about including escalation clauses into new contracts in case prices continue to rise. Prepared asphalt saw a 58.6 percent year-over-year price increase in February.

Construction materials more broadly saw a more than 88 percent price increase from January of 2021 through January of 2022, the highest year-over-year increase on record.

But Smith also said he’s been cautious not to hire too much or take on too many projects.

“We’re trying not to over-build up our company, just so that we stay conservative and don’t put ourselves in any sort of risk” if the market “slows down in the near future,” he said.

It’s not clear how rising mortgage rates will impact demand in the coming months. On the one hand, the Fed’s December announcement that it would be raising short-term interest rates sent mortgages up in January, the month captured in the report, and demand still soared. All-cash offers have become increasingly popular, perhaps insulating buyers from higher mortgages.

But on the other, a confluence of higher mortgage rates and lower consumer confidence as a result of rapidly rising costs could bring housing price growth to a halt.

“A decelerating economy, combined with higher interest rates, should lead to a squeeze in terms of home purchases,” said Steven Ricchiuto, the chief economist at Mizuho Securities USA.

Whether the number of homes currently under construction will eventually begin to exceed demand is an open question – and a fraught one, as the pandemic slows, people return to work in person and the Fed pulls levers to slow growth in the coming months.