Manufacturers Received Fewer Orders in February. That Might Give Them Time to Catch Up. 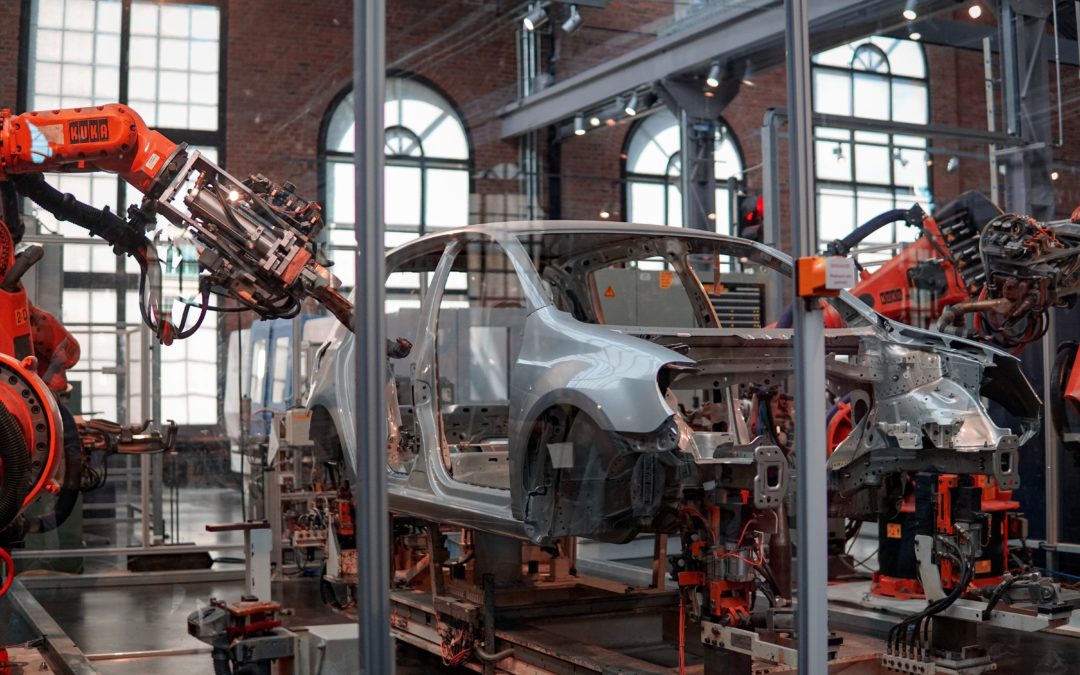 Orders for long lasting goods like cars, trucks and machinery fell in February, but the decline is far from a warning sign that the economy is slowing down abruptly.

New orders for durable goods, which are items lasting longer than three years, fell 2.2% in February, the first decline after four straight months of growth. But, that figure was weighed down by a drop in orders for new airplanes, which fell by over 30%. Excluding transportation goods, which fluctuate drastically month to month, orders fell by a modest 0.6%.

Consumers and businesses spend on durable goods when they’re confident about the state of the economy, so a fall in orders can be a warning sign of a slowdown.

But with supply chains still congested and prices climbing for food, electronics and other goods, a small slowdown in orders might actually allow manufacturers time to catch up. That would help ease inflation. The Federal Reserve is trying to tackle the same inflation problem by raising interest rates, which makes businesses and consumers less likely to borrow and spend, clearing up the supply chain clogs.

But the February data was collected before interest rates went up in March, and with only one month of data it’s too soon to tell if the slowdown in orders could mean inflation is easing up.

“We’re down only a little bit, and orders have been so persistently up for a while that it’s more like a pause,” said Kevin Cummins, chief economist at NatWest Markets.

The figures show that supply chain bottlenecks are still slowing down manufacturing and shipping. The auto industry continues to struggle sourcing computer chips for new cars and trucks, and shipments for vehicles and parts fell by 0.8% in February. The number of unfilled orders rose by the same amount.

Some pipelines showed signs of improvement. Shipments of computers rose sharply by 3.9%, and the number of unfilled orders fell by 0.3%.

Those supply chain woes have cautioned some manufacturers to diversify their suppliers. Bob Zinck is the president of Massasoit Tool Company in Attleboro, Massachusetts. His team of seven employees build squeegees and abrasive machines that automakers need to keep their parts free from rust. Being a small manufacturer means he can be nimble, and handle unique, custom product design for clients.

But it also means he's not the first in line when his suppliers are running low on product. Zinck has had trouble getting a hold of essential inputs like respirators, sanding discs and rolls of rubber, and that has slowed their production significantly. He's found a silver lining.

"Sourcing is the key to survival," he said. "These delays should prepare you for anything - have a second source, and sometimes a third."

While the fall in orders for durable goods is not cause for alarm, if it continues it might reflect a broader trend in spending. At the height of the pandemic, consumers spent more of their savings on goods, like appliances and furniture, rather than services, like travel and restaurants. While economists expected that to reverse as the pandemic slowed, it's been slow to do so.

Because durable goods tend to be expensive, orders make up a large portion of the quarterly GDP figure. That number will be closely watched by the Federal Reserve as it makes its decision whether or not to raise interest rates in early May, while also juggling the impact of Ukraine and Russia.

Since inflation is still high, the Fed is expected to raise rates again. That helps to lower prices by making it more expensive to borrow money, which reduces demand. Orders for durable goods are particularly sensitive to interest rates because business and consumers often borrow to make those large purchases.

If the Fed raises rates again, manufacturers will be one of the first to feel the impact.

"One way to think about it is that the Fed is transitioning from a very accommodating policy to a less accommodating one," said Christopher Low, chief economist at FHN Financial. "Soon enough, they'll make it not accommodating at all."