Winners and Losers: How the COVID-19 Pandemic Exposed Inequity for Supermarkets 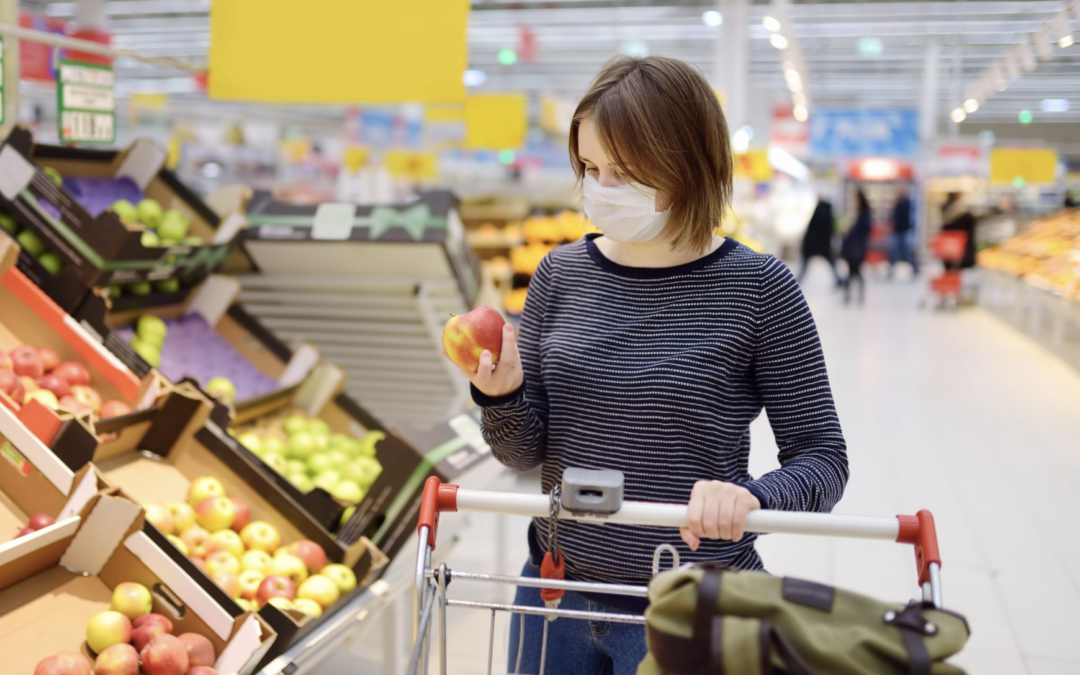 As other businesses shuttered their doors during the start of the novel coronavirus pandemic, Community Foods Market, an independent supermarket in Oakland, Calif., was busier than it had been in the nine months since its opening. Consumers flocked to the grocery store in droves, quickly depleting the store’s shelves during the heyday.

During those first few months, Community Foods Market was profiting like many other grocery stores across the country. From mid-March to mid-May in 2020, the fledgling grocery store saw an 80% increase in sales.

“Everyone was rushing on toilet paper and what have you,” said Brahm Ahmadi, the store’s founder and CEO.

Grocery stores and supermarkets were among the winners of the pandemic. Lockdowns and stay-at-home orders forced restaurants to shutter their businesses and limit service, but grocery stores and supermarkets reaped the benefits, as customers stockpiled food and other goods. Those dynamics helped boost U.S. grocery sales by 11% in 2020, more than triple the growth of the previous two years, according to data from the U.S. Census Bureau.

During the apex of the pandemic, there was more than enough business to go around. Small, independent supermarkets; national big box stores; online food delivery apps, it didn’t matter. Supermarkets of all shapes and sizes were seeing a surge in business and profits.

Now, however, spending is dropping – grocery store sales were down nearly 14% in March from a year earlier, though they’re still about 10% higher than pre-pandemic levels – and grocery stores and supermarkets now find themselves competing with each other and against third-party delivery companies in a zero-sum game. And independent grocery stores like Community Foods Market often find themselves losing.

“Independent and smaller grocery stores compete in markets that are increasingly dominated by a handful of national and international chains who wield tremendous economic power to the detriment of America’s food supply,” said Greg Ferrara, National Grocers Association president and CEO. “The COVID-19 pandemic has unfortunately exacerbated this problem against independent grocers.”

Smaller, independent businesses aren’t always as lucky. Competition from dollar stores, with their ability to sell a wide range of goods at lower prices, cuts into grocers’ bottom lines. The ease and convenience of ordering groceries online are reshaping the industry, as more customers than ever turn to e-commerce options. And independent grocery stores are struggling to restock their store shelves with in-demand products.

For Community Foods Market, the initial boost proved to be short-lived, and by summertime, both sales and customer traffic had plummeted for the grocery store, which primarily serves a low-income Black and brown neighborhood. Now, the store is on the brink of closing and has launched a “Save Our Store” campaign to remain open.

Billion-dollar supermarket giants are better able to weather the storm and absorb any losses, shuttering some store locations and laying off scores of employees if necessary. Kroger, the largest supermarket chain in the country, for instance, is closing three of its grocery stores in Los Angeles and eliminating more than 250 jobs in response to local hazard pay rules for essential workers. The company has stated the decision to shut down a Food4Less location and two Ralphs stores was due to underperformance at the locations.

“You’re competing with trillion-dollar companies who have unlimited supplies of money to lose. That’s tough to compete with. We do, but they make it difficult,” said Ian Joskowitz, a manager at Westside Market NYC.

To keep up with the surge of demand at the height of the pandemic, Westside Market NYC, for one, began streamlining its orders over the internet. Already a partner with third-party grocery delivery service Instacart, the company expanded its online business to include e-commerce platforms for grocery stores such as Homesome and Catapult’s new WebCart system. Some of its Tri-state locations didn’t have an online option, so that too was quickly rectified.

However, some supermarkets, like Westside Market NYC, which were forced to outsource to third-party e-commerce fulfillment companies to manage the logistics of their deliveries and pickup services, now remain reliant on these companies. This dependence wasn’t as problematic when sales were surging across the board, but now that they’re declining, smaller supermarkets find this reliance cutting into their already diminishing profits.

“During the pandemic, it was kind of like a win-win for both parties, because people weren’t eating out, they were buying more food,” said Bill Bishop, co-founder and chief architect of Brick Meets Click, an advisory firm that measures grocery spending. “The dilemma for grocery stores is that those deliveries are not cheap, and so they wind up subsidizing the deliveries for a few dollars. In the long run that business remains unprofitable. And so the grocers are draftees, in the delivery business, and the third-party app companies have been the primary short-term beneficiaries of that.”

Instacart, for example, has reaped the rewards of this partnership. The company began delivering food from over 200 new retailers in 2020 and started pickups from about 2,000 new locations last year. The company, whose transaction volume remains higher than before the pandemic, says its customers prefer its services because it’s a timesaver.

Consumer’s preference for e-commerce options isn’t unique to Instacart, though. Throughout the pandemic, consumers, buoyed by the desire to remain safe at home, ordered groceries online or had them delivered to their doorstep more than ever before. In August 2019, online grocery sales totaled $1.2 billion. In June 2020, that total was $7.2 billion. Over that same period, the number of online customers increased from 16.1 million to 45.6 million, according to research by Brick Meets Click and Mercatus.

Due to the shift in consumer behavior, Community Foods Market also launched an e-commerce platform in September to address the more permanent changes to the sector. However, the platform is still relatively new, and most people don’t know about it, so many continue shopping in more dominant corporate retail e-commerce options.

The struggling independent grocery store doesn’t have thousands, let alone millions, of dollars to shell out on advertising and promotional material to alert consumers to its new e-commerce platform, not like Kroger, which has made a push toward improving profitability on digital sales. These measures include building automated warehouses in Florida, where it has no stores, and spending hundreds of millions of dollars in increased automation and robotics with the option of delivering goods directly from warehouses.

“The plus of growing online is they’re able to stock more items than they would have been able to in-store because they’re not limited by literal, physical space. So in that sense, there’s definitely growth happening on the digital front. They’re finding ways to make that more compatible with the digital format and making it as easy and convenient as possible for the shopper,” said Ellie Pinto, an analyst at Kantar’s U.S. Supermarket and Grocery team.