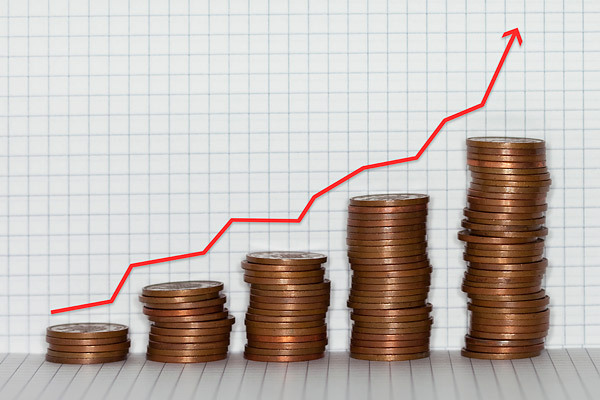 The April report for the Consumer Price Index – a widely used measure of inflation and by proxy, of the effectiveness of the government’s economic policy – is expected to rise by the most in a decade as the base effect from last year’s pandemic collapse reaches its height. Economists predict consumer prices will rise 0.2% in April and jump 3.6% from the same period a year ago.

The rate of inflation is expected to surge in April, pushed up due to a distortion in the monthly inflation figures, resulting from the steep decline of prices at the start of the pandemic in 2020. While the inflation numbers may look high, many economists, along with policymakers at the Federal Reserve, expect the increase to be temporary. The monthly increases are supposed to decrease as the worst months of the shutdown fall out of the data comparisons, and when making longer-term comparisons, it’s important to use February 2020 as the basis, not the year-ago level, which included large pandemic-induced price declines.

How will the Fed respond?

Fed officials have said they won’t adjust policy based on short-term jumps in inflation readings, reiterating that the current spate of price increases are a limited phenomenon, attributable largely to the base effect from last year’s lockdown. Chairman Jerome Powell told CBS’ “60 Minutes” in an interview last month that he does not expect any interest rate hikes this year.

“There’s ongoing pressure on the Fed not to simply write this off, and we’re assuming that they’ll start scaling back or tapering at the start of 2022. So that’s pretty much on schedule, it’s what was thought earlier in the year,” said Michael Englund, chief economist for Action Economics.

Over the past few months, surging gasoline prices have been a major driver in the increase in the monthly CPI. Rising gasoline and oil prices have driven up by a multitude of factors: increased demand as COVID-19 restrictions loosen and more people are vaccinated; a deep freeze over the winter, which forced the shuttering of a number of key refineries in Texas, shipping container shortages, and Organization of the Petroleum Exporting Countries production cuts. However, gasoline prices aren’t expected to have as much of an impact on the overall CPI in April, as prices were relatively flat and only saw minimal fluctuation. And while gas prices generally rise in the spring and summer, the CPI produces both unadjusted and seasonally adjusted data, so the seasonally adjusted data takes those seasonal factors into consideration.

Gas prices could rise in May, though. A ransomware attack on the Colonial Pipeline, which happened over the weekend, is threatening to cause gas shortages and drive up prices if it continues longer than expected. The Colonial Pipeline is aiming to substantially restore service by the end of the week, which would likely limit most of the fallout. But in the next few days, motorists could feel the effects.

Used cars are likely also to show a large price jump. With new cars in limited supply, the demand for used cars has risen sharply. This shortage will be temporary but will be a factor in the core inflation data. The Manheim U.S. Used Vehicle Value Index, a gauge of pricing trends, rose 6.8% in the first 15 days of April from the final March figure, and the annualized rate of car sales topped 18.5 million last month.

“People are also sitting on, in aggregate, excess savings is over $2 trillion. The job market is clawing its way back, so people need a vehicle to get to work. And then with the housing market booming, you’re seeing truck sales, particularly pickup trucks, jump. The strength in the economy is really starting to be visible in vehicles now,” said Ryan Sweet, senior director of economic research at Moody’s Analytics.”

The quickly reviving US economy and government largesse have invigorated consumption. Retail sales averaged 4.8% for the first quarter, which, except for the May, June and July rebound from the prior collapse, was the strongest quarter for sales in two decades. The rebound, though, has exposed numerous shortages in goods and services, due to backorders, along with scarce components and materials. Prices have jumped for some goods and more increases are likely as the economy fully opens and normal life resumes.