Bolstered by work from home, America is seeing another wave of suburban flight 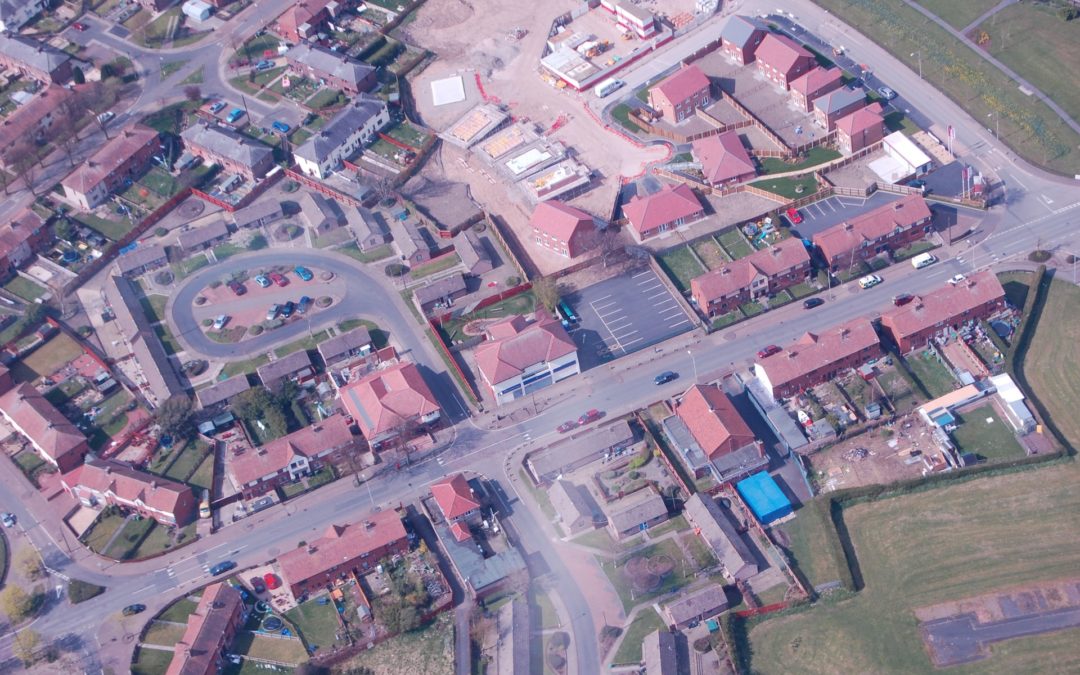 Joseph Quisol had already been accustomed to working remotely. A freelancer who makes a living in website design and business consultation, as well as a singer-songwriter under the moniker, Jae Quisol, his move to the Bay Area had mostly been motivated by opportunities to network. And while in the early days of the pandemic his opportunities dried up as some of those nonprofits who contracted his services saw their budgets slashed, things would turn around as more companies shifted to online work.

“Location became even less important,” Quisol said. “I had already made those networks and met people in person. And they were passing me around at that point. I currently work for contracts in Los Angeles, San Francisco, and Boston and Charlotte.”

Now he lives in the suburban town of Mooresville, a town about 30 miles north of Charlotte, in a home he purchased with his brother, working for clients across the country.

Quisol’s story is the story of many Americans who are ditching dense cities and making a move to more suburban areas as they yearn for more space during a pandemic that’s changed the role of the home much more than it’s been in the past. With ardent demand for single-family houses and limited housing inventory, prices have skyrocketed in recent months. The January Case-Shiller index measures single-family homes’ price-change, showing an 11.2% annual growth.

The uptick in demand for suburban homes could be traced to before Covid-19 took over American life, but it accelerated during the pandemic. US census numbers show that over 977,000 building permits for single-family homes, the designation for most homes in low-density, suburban areas, were authorized in 2020, a significant jump from 862,000 in 2019 and 855,000 in 2018. At the heart of the accelerated move to the suburbs is the work-from-home phenomenon, which has upended many Americans’ need to be near their workplace and allowed them to purchase more affordable homes further from city centers.

“I think it’s the reality that technology enables work to be done anywhere, and the flexibility that we need in our lives today,” Said Byron Carlock, the real estate leader at PricewaterhouseCoopers US. “By being expected to be connected 24/7, you still need time to exercise, to cook, to eat, to care for the kids, to care for aging parents, and all that can’t be done while you’re in the office. And so the introduction of flexibility into the work schedule seems to be a new phenomena that’s probably here to stay.”

In their most recent edition of their Emerging Trends in Real Estate forecast publication, PwC, in collaboration with the Urban Land Institute, surveyed more than 1,600 individuals affiliated to the real estate business. Over 94% of those who responded either strongly agreed or agreed that in the future, more companies will allow employees to work remotely at least part-time.

At his last home before moving to Mooresville, Quisol was living in Oakland, paying $800 for a shared room. With crushing rent costs, he and his roommates decided that they could no longer afford to keep paying rent during the pandemic. While they would eventually resolve their arrears with their landlord, the respite from rent payments allowed Quisol to save for a home.

Along with some money he inherited, Quisol and his brother were able to purchase a half-acre 3/2 home, where they both live along with Quisol’s partner. His share of the mortgage payment is about $350.

“Even though they say it’s laid-back California, It’s a grind,” he said. “People get into conflicts because it’s like co-housing and talking about money and stuff. And it’s just high pressure.”

Rising demand in the suburbs is less good news for property values in big cities. New York City continues to see its home prices still struggling, with the Elliman Report showing a meager 1.4% price increase in median sales price for Co-Op and Condos in Manhattan from the first quarter of 2021 compared to the first quarter of last year.

Lauren Orsini, a New Jersey realtor for Orsini Real Estate and Marketing Group, said many of her new clients are leaving from New York City or the Gold Coast of New Jersey, as they search for more space. And without being as tethered to their workplace, Orsini said they’re looking for homes that’ll accommodate their home offices.

“Some people have commented on the fact that with the pandemic, being trapped inside a 35-story high rise with elevators and no balconies was really unsettling, and that they felt really trapped,” she said. “And the square footages in New York are small. So there’s really not many places for them to go.”

For Hao Wang, moving with his family from a condo in Jersey City to the suburbs of Montclair, New Jersey, 20 miles from the city, was something he had only discussed half-heartedly before the pandemic.

“We have family out in Montclair,” he said. “So before the pandemic, it was sort of like a joke, ‘oh, let’s all move right down the street from each other.’ But during pandemic, the joke kind of turned into something serious.”

Wang, a senior product manager for Capital One, saw his daily commute to the Flatiron District disappear as he shifted to working from home. While he’s not certain how his work schedule will look like in a post-Covid world, he’s anticipating a hybrid model.

Having lived in big metro areas for the past 15 years, enjoying the cultural offering that comes with that lifestyle, Wang said it’s still too soon to tell how his family will adjust to their new lifestyles. But he said that being closer to family, the school system, and the extra space outweighed all that.

About a week into his new home, with still some unpacking left to do, he said he’s enjoying having three times the amount of square footage and a backyard for his daughter and their 10-pound Havanese dog.

“One of the big selling points was having a backyard that we could get a playground for our daughter. She could run around. We have a dog, too — for the dog to have some space to run around and not be cooped up in the house.”