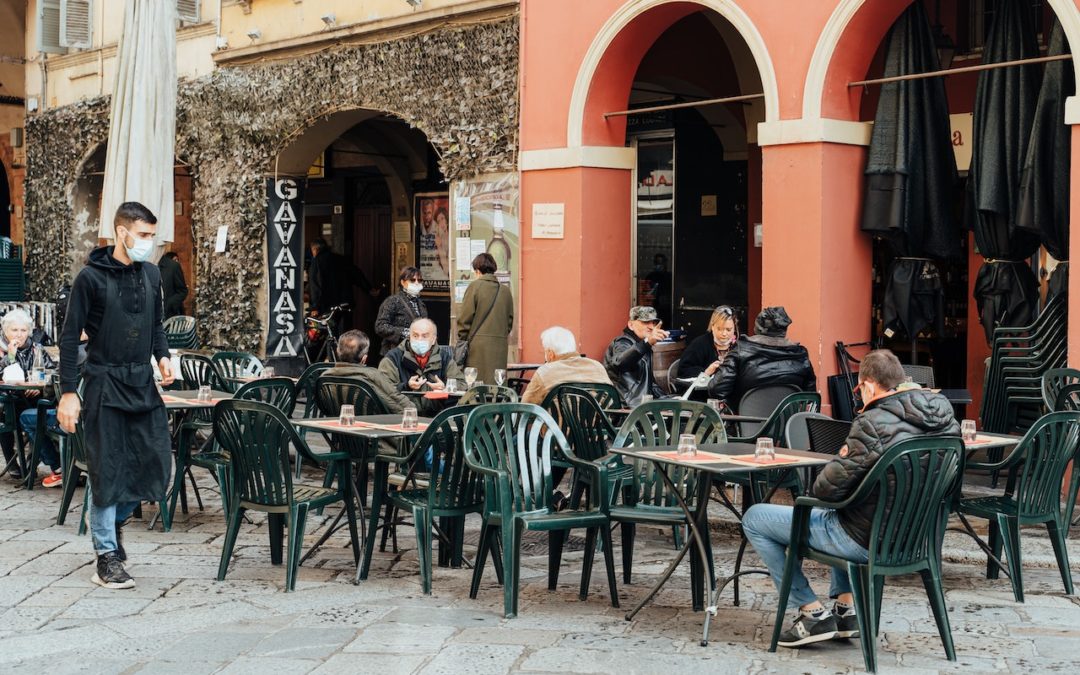 The Census Bureau will release the advance monthly retail sales report for April on Thursday. The report shows how much consumers spent on retail trade in the previous month – an important indicator of economic health. Economists surveyed by Bloomberg expect sales will rise six percent. Higher spending on retail since the beginning of the year has been a boon to the economic recovery. Here are five things to watch for in the report:

Watch to see if March sales were as high as January sales. Strong sales gains in March would indicate stimulus payments are still driving consumer spending in the months they are distributed.

“You had the $1,400 stimulus checks mailed out, the majority of which were released to the public mid-March. As a result you’re likely to see a gangbuster retail sales report,” said Troy Lutka, U.S. economist at Natixis North America LLC.

By February, spending on food services and dining places had increased more than nine percent since December. Even though February dining sales were 17 percent lower than before the pandemic, the uptick this year could be the beginning of a bounce back for this category.

Watch to see if consumers channeled money into restaurants in March. If they did, it is a sign many are returning to in-person dining as vaccinations become more widely available and coronavirus cases decline.

Economists think a surge is on the horizon for other categories that were especially depressed by the pandemic.

“[Spending on] food services and drinking places will be the harbinger of things to come,” Lutka said.

Services are expected to soar, and products will lag

The leisure-and-hospitality sector added 280,000 jobs in March. The hiring boom comes as economists predict consumers are ready to resume spending on services, and are less likely to buy products. This could mean a lag for durable goods sales as consumers shift their dollars away from big-ticket household items and towards experiences. January spend was high at electronics and appliances stores and at department stores. Watch to see if consumers spent less on durable goods in March than they did in January.

“We have to ask, ‘how much goods do people want?’ I see them wanting to spend more on restaurants, travel, hotels, going to conferences if they can,” said Steven Gallagher, chief economist at Société Générale.

Gas sales rose by 3.6 percent in February, driven up by inflated prices. Prices jumped 9.1 percent from February to March, according to the Bureau of Labor Statistics.

The higher prices are responsible for the sudden sales gains in the gas category, and if sales climbed higher in March, it would reflect the gas price hikes.

Economists believe demand for gas will only go up. Even steeper gas prices may be on the horizon as consumers resume travel.

“With more opening up of the economy there’s more travel going on. With more movement there’s going to be more driving, and with more driving there will be more demand for gas,” said James Knightley, chief international economist at ING Financial Markets LLC.

Watch to see how much gas sales grew in March compared to February.

If spending on e-commerce declined again in March, it would signal consumers are ready to resume pre-pandemic behaviors like spending on in-person dining, shopping, and entertainment. Despite the recent decline, online sales are still strong overall compared to last year.

This February, online sales had increased by 26 percent from February 2020. Even if consumers spend less online, economists say online sales will remain higher than before the pandemic, and that online shopping is here to stay.