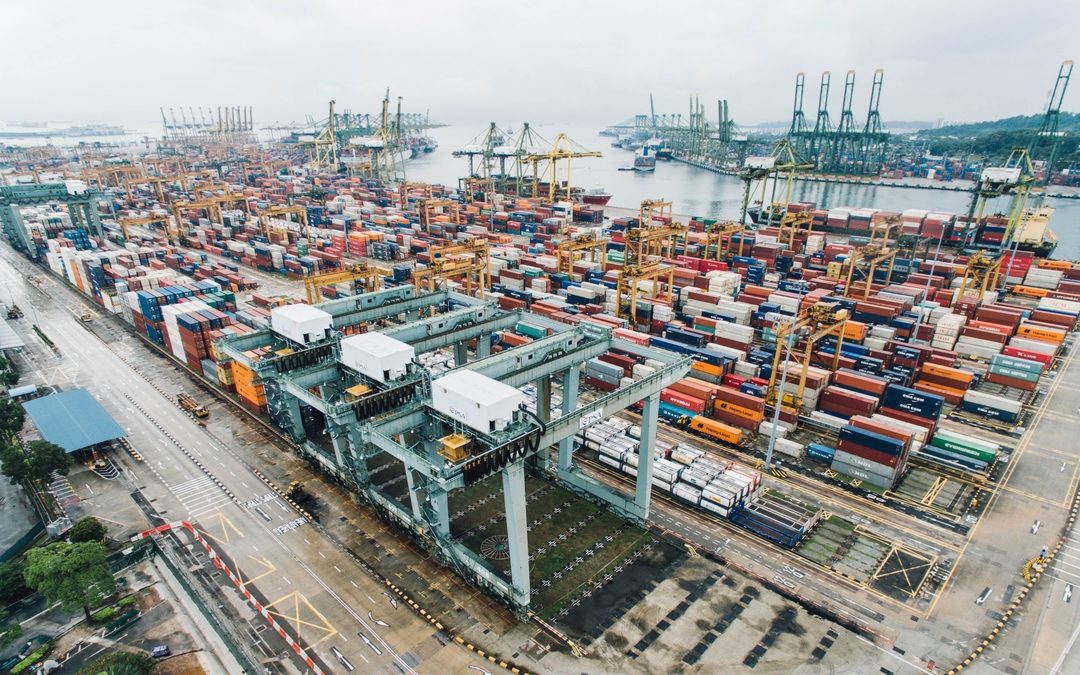 The U.S. international trade deficit widened to a new all-time-high in February due to the continued rebound in domestic consumer spending, a string of deadly winter storms, and the global semiconductor shortage.

The trade deficit jumped nearly 5 percent in February to a record-high $71.1 billion, up from $67.8 billion in January, according to data published in the monthly U.S. international trade in goods and services report released Friday by the United States Census Bureau. Imports of goods and services fell slightly to $258.3 billion, while exports plunged nearly 3 percent to $187.3 billion.

Though the widening deficit has been the subject of much political debate, economists believe February’s deficit is indicative of the domestic economy regaining its strength. As American consumers receive vaccines and life returns to normal, demand soars, causing imports to rise.

The export market, however, is not rebounding as quickly. Vaccine shortages and ongoing lockdowns mean that there is less demand for American exports. In addition to a globally-unequal pandemic recovery, international trade in February was slammed by unprecedented winter storms and a series of supply chain issues, including the global semiconductor shortage and shipping logjams.

“The weather in February was a hugely disruptive factor for the U.S. economy,” said James Knightley, the chief international economist at ING Financial Markets LLC. “Another issue is supply constraints related to the global semiconductor shortage.”

A combination of a series of disasters and surging demand for electronic goods has caused a global shortage of semiconductors, stoking geopolitical tensions between the United States and China and wreaking havoc on the domestic automotive sector. American car manufacturers have slowed operations and shuttered plants across the country and in Canada and Mexico, leading to a $3.4 billion decrease in international trade of automotive parts and engines.

COVID-19 related shipping delays and a global container shortage has also impacted international trade. Empty containers back to Asia have been harder to find, and shipping has been more expensive, putting a damper on U.S. exports.

“The imports are clogging the ports. Carriers aren’t waiting to get exports to take back to Asia. They’re just leaving with empties. The West-East shipping rates are higher than they’ve ever been, so carriers have an incentive to do this,” said Josh Callen, an Idaho-based agricultural analyst with the Hoyt Report.

Despite February’s harsh weather and supply chain challenges, economists believe that, overall, the data in the report suggests the U.S. economy is doing well. Next month will likely see a new all-time-high for the trade deficit as domestic recovery continues to outpace the international market, but U.S. economic growth is expected to take off.

Robert Stein, deputy chief economist at First Trust Advisors, predicts a rapid and robust economic recovery in the first half of 2021. “We’re very bullish about the first half of this year. We think we’ll see around 8 percent annualized growth in the first and second quarter combined,” said Stein.

As the impact of looser monetary policy and President Biden’s $1.9 trillion stimulus reverberates through the economy and bolsters domestic spending, consumers will continue to snap up imports from around the world.

“When we buy stuff, we tend to buy imported stuff,” said Englund. “The U.S. is pretty aggressively exporting its stimulus.”

Economists think that, as the rest of the world receives vaccines and begin to see their own domestic economic rebounds, U.S. exports will increase and the deficit will finally begin to shrink. Several factors that impact trade, including Biden’s hazy  trade policy and the impact of the container ship stuck in the Suez Canal, remain unclear, but for now, the data shows that things are looking up for the U.S. economy.