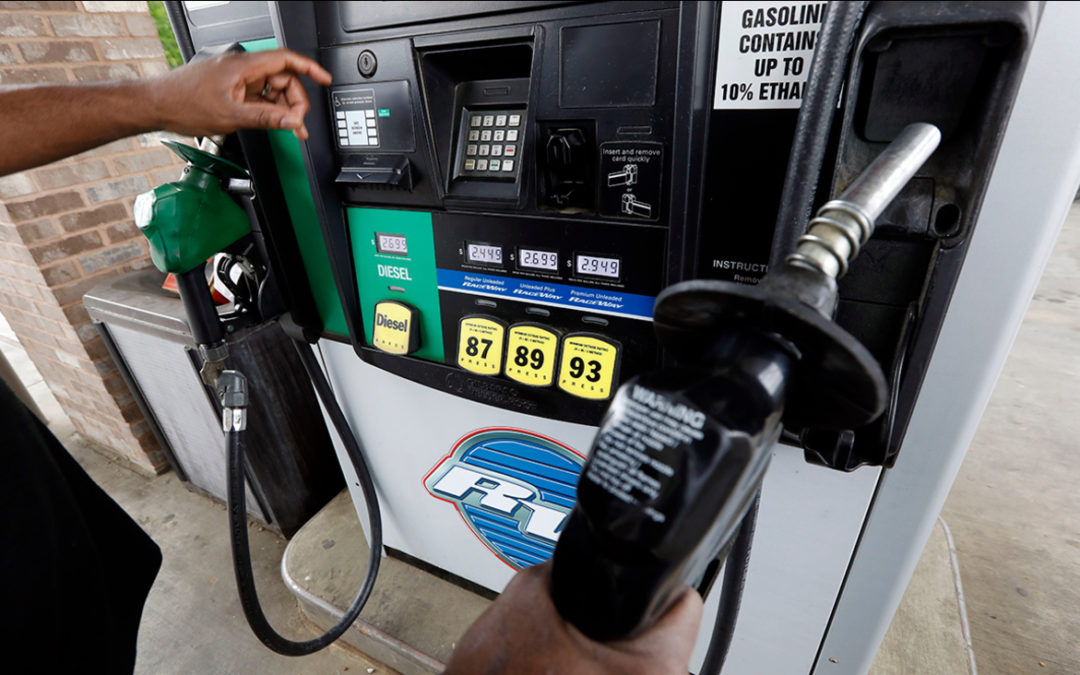 When Ethan Ziegler left Natick, Mass., and hit the open road Feb. 17 for a nine-month cross country trek, all he took with him was whatever could fit in his 2015 Honda Civic. Ziegler, 25, had decided to leave his parents’ home, where he had been living since the start of the pandemic, and drive across the continental United States, venturing far beyond the self-imposed 20-mile radius since March 2020.

“I didn’t officially book my trip until the vaccines came out,” said Ziegler. “So it definitely 100% surrounds the optimism of things kind of returning back to normal. I felt by March I could do something quietly.”

Zeigler is just one of millions who have hit the road over the past several months, as travel-starved Americans emerge from lockdown due to the curbing of COVID-19 cases due to the vaccine’s continued rollout and the lifting of travel restrictions. Almost half of 15,000 people surveyed by International Business Machines Corp. said they would drive more often after being vaccinated.

This economic optimism has driven up demand, and coupled with subdued supply, has increased prices at the pump. The crucial question, though, is whether high gas prices will force Americans to pull back on their vacation plans for the summer, which would be a setback for the recovering economy.

When the pandemic shut down the U.S., the reduction of economic activity cut the demand for diesel and gas in 2020, causing a related drop in oil production amid steep financial losses in the oil industry. Demand is now rising quickly as the COVID-19 picture improves and the economy rebounds. However, it takes time to get the supply back to normal as oil companies, having lost billions of dollars, are still recuperating from last year’s historic drop in fuel demand and aren’t in a rush to get back to drilling.

“The problem is that demand has outpaced that rise in oil production. And so Americans have been paying more at the pump for this time of year, especially as temperatures have started to warm up and Americans are traveling more,” said Patrick De Haan, head of petroleum analysis for GasBuddy.

Some people are having a hard time dealing with the increase. Albert White, who lives in the Portland area, is already feeling the strain. White started working part-time for DoorDash in December after losing his job due to the pandemic. He went from paying $60 per month for gas to around $100 to $120. Rising gas prices have been especially problematic, with White saying due to DoorDash’s low base pay of $8.20 per hour and the lack of tips, “It’s almost not even worth it anymore.” He only takes home about $100 per week for 25 hours of work, once the price of gas has been deducted, and has another part-time job to supplement his income.

And with summer right around the corner, Americans will head to highways in droves, as vaccination efforts continue to ramp up. President Joe Biden said 90% of adults in the U.S. will be eligible for COVID-19 shots by April 19 and will be able to get them within five miles of their home under an expanded vaccination plan.

“It certainly would be enhanced this year by the fact that for a lot of Americans, the last year has been pretty brutal for many people. So if they can get out there this summer and feel a little bit more free, I think we’ll probably see some pretty strong numbers this summer and demand so long as the pandemic continues to slowly improve,” De Haan said.

Increased consumer demand could push gas prices as high as $3 or $4 per gallon nationally. US drivers haven’t experienced a $3 average price per gallon since 2014 – though it came close in 2018 and 2019 – and it could become the norm by Memorial Day.

It’s unclear, though, whether consumers will respond to higher gasoline prices by cutting down their driving. In a 2019 survey, 44% of respondents said they would change their habits if prices rose to $3 a gallon, according to Jeanette Casselano McGee, a spokeswoman for the AAA, but after months of being cooped up at home, thousands, if not millions, of drivers will still hit the road as pandemic restrictions lift.

“When gas prices increase, people do make lifestyle changes, but when it comes to summer vacations, and this especially holds true this summer with so much pent-up demand for travel, people will continue to take their summer road trips,” said McGee.

Some believe fears of $3 per gallon are premature because while people are itching to get back on the road, they may not be driving as much in their daily lives. There are still high levels of unemployment and those working could still be working remotely or returning to the office in a limited capacity.

“That number strikes fear in a lot of people, but it’s not a fait accompli this year,” said Tom Kloza, global head of energy analysis at the Oil Price Information Service. “You may get above $3 in some states, but the Energy Information Administration is suggesting we use about 8.6 million barrels of gasoline a day, which is down from the averaged 9.3 million barrels per day from 2016 to 2019.”

Should gas prices hit $3 per gallon or more, Ziegler, for one, won’t be deterred, having already budgeted for increased and unexpected costs during this trip. For him, an extra $5 every time he fills up isn’t going to be the difference between driving cross-country or cutting his trip short and moving back into his childhood bedroom as a grown adult.