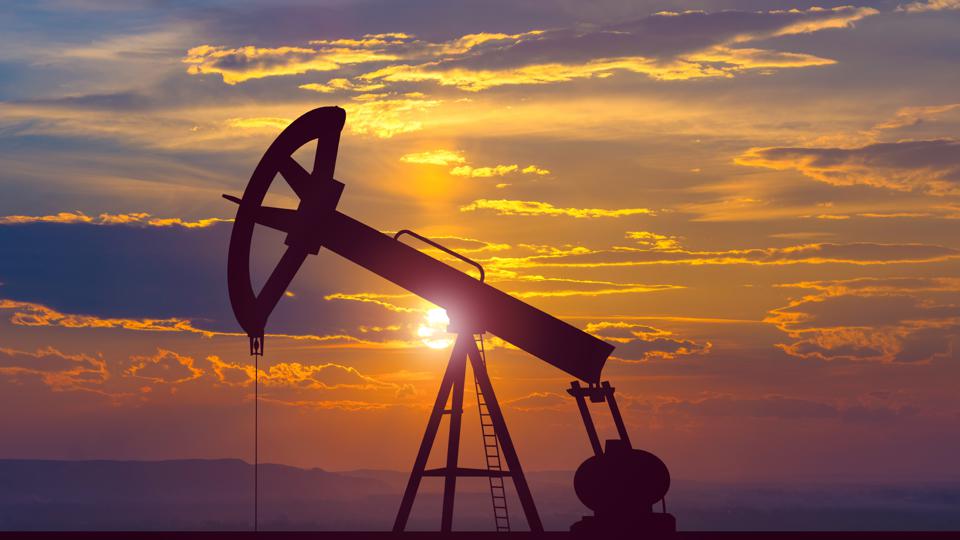 The consumer price index increased up by 0.4% from the previous month, data released from the Bureau of Labor Statistics showed. Over the past year, the overall CPI advanced by 1.7%.

The core CPI, though, which strips out the often-volatile costs, rose 0.1% in February and 1.3% over the last 12 months.

“Now, that doesn’t mean you don’t get pockets of inflation like we’re seeing with gasoline prices,” said Carl Riccadonna, chief US economist and head of economics research for the Americas at Bloomberg. “But in general, you can’t have a meaningful pickup in consumer inflation until consumers’ wages are rebounding.”

Some economists worry that President Joe Biden’s $1.9 trillion coronavirus aid package, which the president signed Thursday, could push the rate of inflation above the Federal Reserve’s 2% to 2.5%, but there isn’t a lot of inflation in the economy at the moment outside of the 6.9% rise in gasoline prices, which can be attributed, in part, to a cold snap in Texas.

And while U.S. Treasury yields have risen due to the expected economic rebound later this year, any rise in price pressures will be temporary.

Over the next few months, there will be an increase in inflation, starting with the data from March. This, though, is only transitory, as the rate of inflation will be pushed up due to a distortion in the monthly inflation figures, resulting from the steep decline of prices at the start of the pandemic in 2020 and thus impacting the year-on-year calculations.

“We will see a burst in inflation over the next four to six months, but most of that is going to be … from a year ago when inflation was plunging, not from inflation accelerating rapidly,” said Michael Gapen, chief US economist at Barclays Investment Bank. 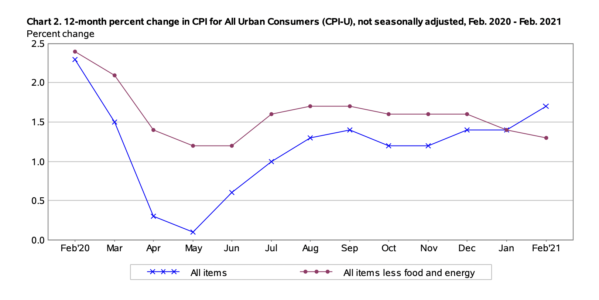 Economists looking for signs about possible inflation could point to the rise in services, such as shelter costs, which rose 0.2% from a month earlier, the most since July. In addition, owners’ equivalent rent registered its largest gain in more than a year, reflecting higher housing prices.

However, if the pandemic were already pushing services and inflation higher, it would coincide with increases in airline and hotel fares, as people geared up to resume travel. Airline fares were down 5.1% from the prior month, and lodging away from home was down 2.3% from January.

Additionally, there is plenty of slack in the labor market, with the most recent jobs report listing the unemployment at 6.2%. However, the true unemployment rate is closer to 9%, if the number of people who dropped out of the labor force during the pandemic are taken into account. The unemployment rate is calculated based on unemployed individuals who are actively looking for work. Therefore, if inflation is still a possibility, it’ll most likely happen further down the line, once there’s a more complete recovery to the labor market.