Gender Segregation in Jobs and Women Taking the Brunt of the Recession. 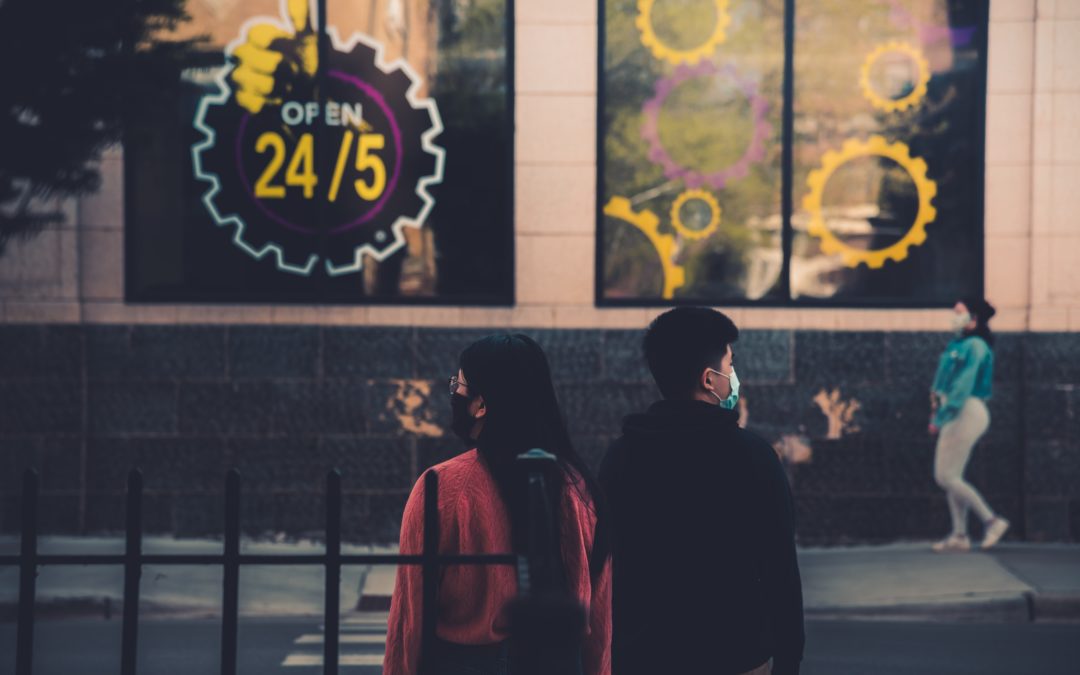 When Erin Haley-Hitz’s boss called to tell her that she was laid off in mid-March, her first reaction was relief. As a dental hygienist, her job involved coming into close contact with dozens of people every week — social distancing wasn’t an option.

But it didn’t take long for Haley-Hitz to begin to worry. How would she pay rent? How would she care for her 18-year-old daughter? And how long would she be out of work, especially at a time when thousands of other people in her industry were also looking for jobs?

Haley-Hitz isn’t alone. Dentists’ offices laid off more than half a million people in April, as the pandemic forced offices across the country to shut down. And Haley-Hitz is typical in another way, too: She is a woman.

Women who worked as dental hygienists were not the only people hit by the coronavirus layoffs. The April jobs report from the Bureau of Labor Statistics reveals that women paid a heavier toll than men while 20.5 million jobs have gone.

The report shows that women lost about 1.5 million more jobs than their counterparts in April. Women’s unemployment rate surged to 16.2% from 3.4% while men’s rate went up to 13.5% from 3.6% for a month. This is the first time that women’s unemployment rate records a double-digit number since the data started to be collected by the Bureau of Labor Statistics in 1948. 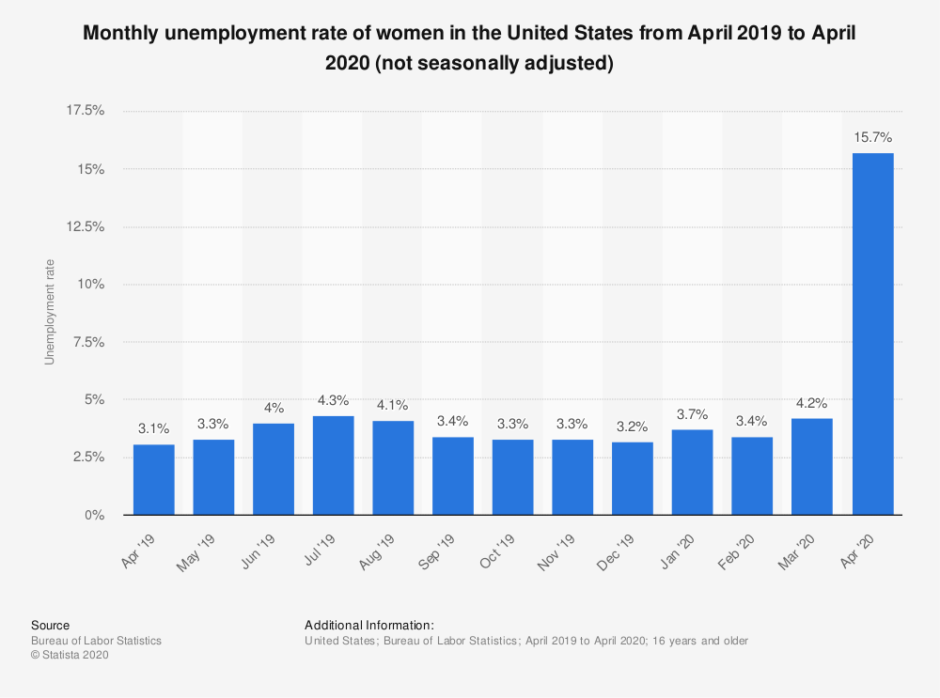 Women suffered the most job losses in part because the industries the pandemic has hit hardest like leisure and hospitality (7.6 million job losses) and education and healthcare service (1.4 million job losses) have predominantly female workers. But the layoffs have also been concentrated on the lower-paid workers, who were disproportionately women : cashiers, hotel clerks, secretaries, medical assistants, homecare workers and teacher’s aides.

Before the coronavirus crisis, 77% of the jobs in education and healthcare service were taken by women. However, the National Women’s Law Center analyzed that women held 83% of job losses in this sector. Even the retail trade sector that women held only less than half of the workforce lost 2.1 million jobs in April and 61% of laid-off workers were women.

Ariane Hegewisch, the program director for employment and earnings at the Institute for Women’s Policy Research said that profound segregation between jobs said women mainly do and jobs said men mainly do was reflected in the April job losses.

She said that the lack of integration is particularly pronounced in “middle skill jobs,” which need some education beyond high school, but not necessarily bachelor’s degrees.

“If you go to the top medical field, more and more women are studying to be doctors and they outnumber the men in the number of people who graduate now, but still there are more men in those fields,”  said Hegewisch. “And particularly when you go down, for example, nursing assistants, medical secretaries, medical assistants, or domestic care workers are more female-centered jobs.”

Many of the job losses so far have been temporary. But many women are questioning whether they can go back to work even if the coronavirus goes away.

“Even if you are prepared to practice your skills and come back to work there are issues left about protecting yourself and your patients and taking care of kids at home,” said Haley-Hitz. “Many dental hygienists are afraid of being terminated because they don’t have childcare.”

Hegewisch pointed out that quarantine and working at home amid the coronavirus crisis brought up the importance of familycare. Many people who paid for somebody to take care of their households or children now cannot use the services. People become aware of that somebody needs to do these “invisible works” for their families, and sadly, the burdens of cooking, cleaning and childcare tend to fall on the women in heterosexual couples.

Even once dentists’ offices reopen, many women might not be able to go back to work if schools haven’t reopened.

Haley-Hitz said there are female hygienists having three or four kids homeschooling and no childcare. She was also worried about single-mom coworkers who still had to see their patients for maintaining their incomes.

“I imagine how I would respond to this situation if it happened 10 years ago, when my daughter was at school age,” said Haley-Hitz. “As women, we are pulled in different directions and that makes us feel overwhelmed.”