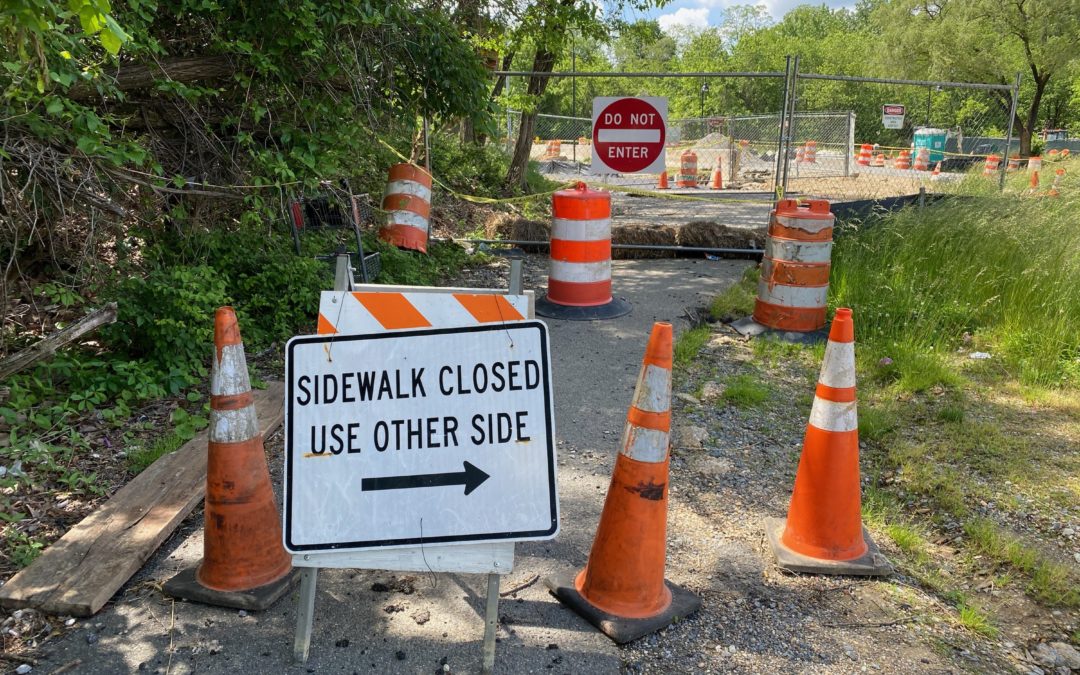 Construction in the US has been booming in recent years, spurred on by a healthy economy. But the coronavirus pandemic has caused a significant number of construction projects to be put on pause or cancelled altogether, an example of how the recession promises to leave few, if any industries unscathed.

Construction is only restricted in fewer than ten states across the country due to coronavirus- in the rest, it has been deemed an essential service. In many cases, construction projects are being halted not by government order but instead by deep uncertainty brought on by the pandemic and subsequent recession.

In the Midwest, St. Louis-based Tarlton Corporation has seen one project cancelled, 25 percent delayed and deal flow slow to a trickle, said Tracy Hart, president of the Tarlton Corporation. In New York City, Turner Construction saw an 80 percent reduction in its subcontracted workforce at the start of the New York state PAUSE order. Now, they’re back up to 65 percent of their workforce being out on job sites.

Yet the upward trend isn’t certain. As unemployment numbers continue to rise across the country and the threat of a second wave of infections looms, it’s unclear what a recovery will look like. The architectural billing index, an early indicator of how many new construction projects may be coming down the pipeline, is at a historic low. That’s a sign that the worst is yet to come for the construction industry. “You know, what we thought four weeks ago is different than what we thought two weeks ago. It’s a little different than what we’re thinking today,” said Charles Whitney, vice president and general manager for Turner’s New York office. “So it is pretty dynamic.”

What is clear is that building and construction won’t be spared the effects of the pandemic and the recession. A survey released this month by the Associated General Contractors of America of over 800 construction firms found more than two-thirds of construction companies have had projects delayed or cancelled since the start of the pandemic. Less than 30 percent of those cancelled projects were shut down because of government orders.

Respondents were more likely to report that owners paused the projects out of fears of the pandemic. They also listed a loss of funding or other revenue, as well as an expectation that there would be reduced demand for the project.

Reduced demand has a direct effect on workers and their families. Nearly 100,000 construction jobs were already lost in March and April. That’s 13% of the industry workforce. The AGC survey also found that more than 20 percent of firms had to cut staff in the past two months.

Some of those workers became unemployed due to quarantine. The Local 11 construction union in Washington, D.C., an affiliate of the Laborers’ International Union of North America, has seen at least 100 of their 3,000 members quarantined because they were ill or had been in close contact with someone who tested positive for coronavirus. Construction has been deemed an essential activity in the region, but that hasn’t protected all of Local 11’s workers from the effects of the pandemic.

“I would say it’s had a hard impact on us,” said Dennis Desmond, business manager for Local 11. Eighty percent of the union’s members are immigrants, most of them from El Salvador and other parts of Central America. Desmond said that leaves them in precarious positions when it comes to taking care of their health and safety. “They don’t have a lot of wealth built up. So they’re not in a position to just say, ‘you know what? I’m not going to work. I think I’ll just stay home for a while and ride this crisis out,’” he said.

The union offers all its members family health insurance and a pension, but if members don’t work the required number of hours, they lose their benefits. At times, that leaves these workers with the choice between keeping their wages and benefits, and protecting their health, although Desmond notes that expanded eligibility for unemployment benefits has helped some members stay afloat even when they are quarantined.

Tarlton Corporation received a PPP loan, which will allow them to keep workers on the payroll for at least another month. “So that buys us some time to make those considerations, but I think those are always possibilities that we have to be ready to address,” said Hart. The construction industry was at full employment before the pandemic hit, and Tarlton Corp was actively training and recruiting new workers. But that may not be the case for much longer. “I’m fearful that with the slowdown in construction, that those job opportunities will go away for our next generation of builders,” Hart said.

[Housing starts fell from a 13-year-high in January to a level not seen since 2015.]

The future has become increasingly uncertain, and uncertainty is bad for business. At the moment, the building and construction landscape looks a lot different than it did three months ago, and many of those changes may stick.

“The construction industry’s job losses have little to do with temporary work-stoppages, but a lot to do with longer-term economic problems that will not end with the stay-at-home orders,” said Ken Simonson, chief economist for the Associated General Contractors of America in a press release earlier this month.

Retail, residential building, and even infrastructure such as subway design will have to change in the coming months and years in order to accommodate a new normal. And many new projects may continue being postponed or cancelled due to the economic downturn and uncertainty.