After Coronavirus, Could Clothes Made in the USA Mean More Jobs? It’s Complicated. 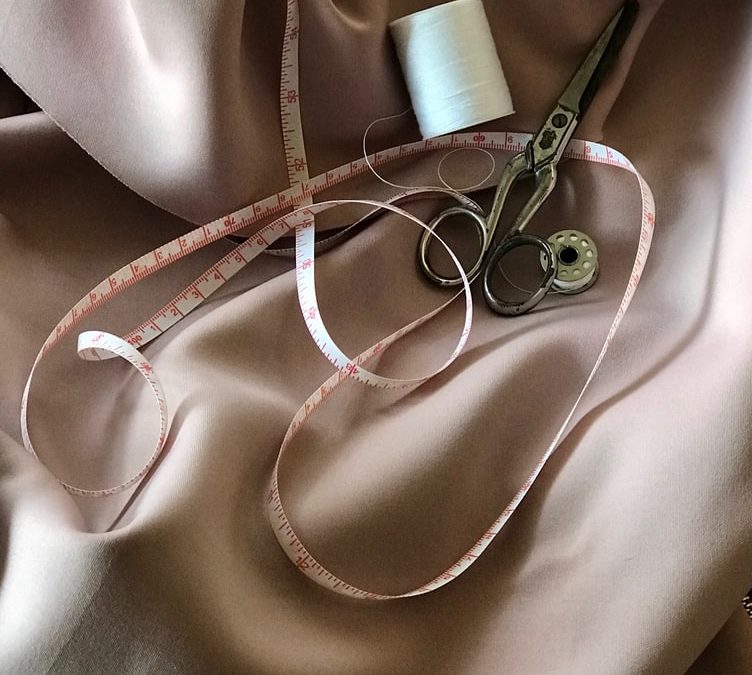 Meg Kinney was already producing most of her garments in the U.S. when factories in China closed because of the novel coronavirus. She was quickly able to reallocate products she was going to manufacture there back to her trusted factories in New York City. And then shutdowns started happening at home.

“When it was in China, I thought it was untouchable,” said Kinney, owner of MEG, an independent clothing line. “Now, it’s totally a global thing.

Before the pandemic, Kinney, who has been in business for over 25 years, would manufacture 70% of her seasonal collections in North America – between the garment district in midtown Manhattan and in Canada – and 30% overseas in China, India and Portugal. Now, things have come to a sudden stop. And she is just one of many apparel businesses affected by the health crisis, who are left wondering what the new normal will be on other side of this.

The COVID-19 pandemic, and the political trade war with China that preceded it, has disrupted the apparel manufacturing process. For most of the industries within the sector, manufacturing in the U.S. has come to a halt.

Textile mills are reporting record decreases in production, employment and supplier deliveries since the start of the pandemic. The Manufacturing Purchasing Manager Index, which measures activity in the sector from new export orders to inventories, dropped to 45.1 in April from 49.1 in March, a contraction of 7.6 percentage points, according to the Institute of Supply Management.

Since the start of the pandemic, U.S. manufacturing has fallen sharply

Apparel businesses of all sizes have to completely rethink how they will produce when the pandemic is over. As the strength of globalization comes into question during the largest economic crisis in history, where American companies make their products could become interlinked with the country’s recovery. Economists say bringing garment manufacturing back to the U.S. could cushion a bleak job market when we come out of the health crisis.

Consumers have to be willing to pay more money for garments with a “made in America” tag, Katagiri says. And it is incumbent on designers to remind customers of the value of buying clothes that are locally made.

“Any designer who is thinking of going forward, if they like to bring manufacturing to the U.S.,” she said. Then marketing “has to be proactive about promoting how a company values this local manufacturer and how much they like to support local businesses and creating jobs.”

Before COVID-19 hit America’s shores, textile production was an industry already under siege from increased globalization. More than 95% of apparel sold in the U.S. had been produced overseas.

Over the past decade, apparel manufacturing has moved overseas

As a result, the apparel supply chain has become complex and interconnected. The current health crisis has only further complicated it with factories shutting down worldwide.

“Companies that have experienced this now and see what has happened, will heed the lessons of this pandemic and remap their supply chains,” said Richard Bath, professor emeritus, Lasell University.

But there are restrictive factors to bringing the supply chain back home.

“The reality is that made in USA garments may be pricier,” Katagiri said.

But Katagiri says that after the 9/11 terrorist attacks, Americans became more patriotic in their consumer behavior. They shopped locally and gained a greater appreciation for items produced in the U.S. That could happen again when the economy reopens.

“Since a lot of Americans have lost jobs, people are thinking of supporting local businesses” by buying clothes that are made here, she said.

If apparel companies want to bring textile manufacturing to the states, they will have to place smaller orders with domestic factories than they would with mills overseas, which could come with its own set of challenges. Will factories be able to handle a large influx of companies seeking to produce locally?

Raju Datta, owner of Raju Fashion in the garment district in midtown Manhattan, is one such business. He works with fashion brands, mostly based in New York and California, and he produces around 500 pieces for Kinney per season.

Over the course of 20 years, Datta has seen many factories in his neighborhood close because of rising rents and a slowdown in demand for their services, as offshore manufacturing increased.

While he faces his own set of obstacles in a precarious market, Datta says that if more designers produce locally after the pandemic ends, he will have the labor to provide the services they need. Expanding his team of six depends on demand, but he says if there is more work, he can get more workers.

But Bath says this will come at a premium cost.

“In order for American manufacturing to come back, we have to recognize the labor force,” he said. “The days of the $10 an hour employee are gone.” He says if companies want to equitably invest in people, they have to be prepared to lower their bottom-lines.

Kinney, who normally works with independent vendors throughout the supply chain, from cutters to pattern makers to sewers, is aware of this monetary sacrifice and is still willing to place her bets. 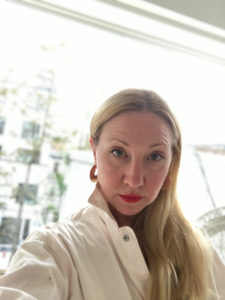 She says she will continue to use small factories in the garment district but much more aggressively than before. Her volume will decrease significantly, as she plans to produce garments at a rate a small factory can manage.

“I’m going to lose millions of dollars, and my revenue will be a quarter of what it was,” Kinney said. “And that’s fine because it’s going to be a better business.”