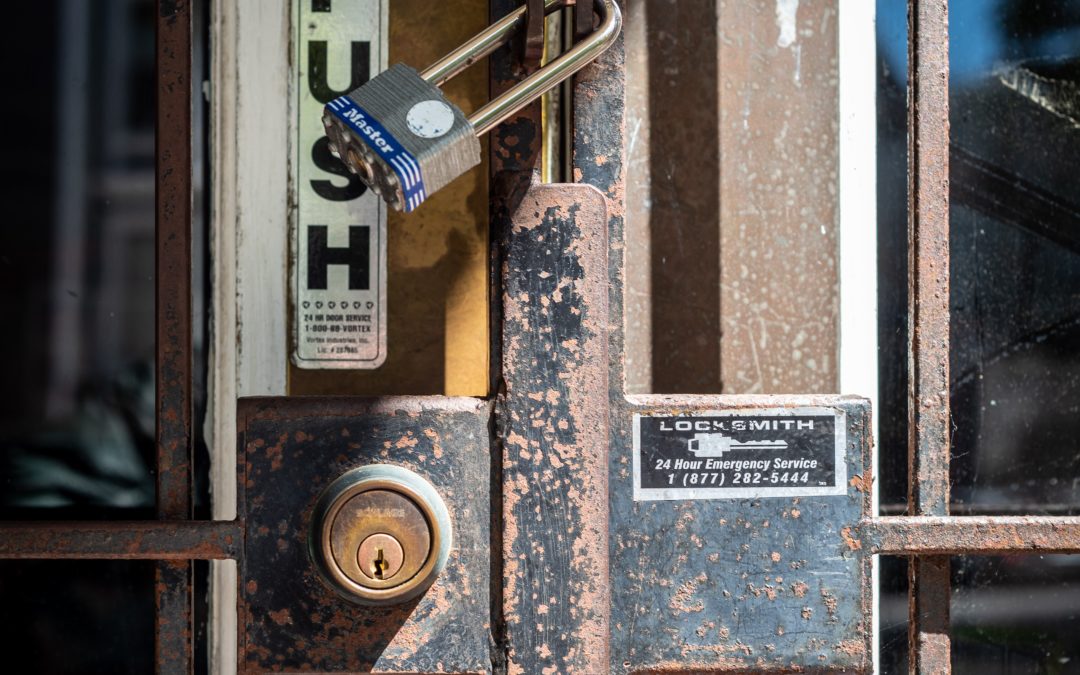 An avalanche of job losses swept the nation in April, in the most vivid portrait yet of an historically battered labor market.

The unemployment rate shot up to a record 14.7 percent, the Department of Labor said Friday in its monthly employment report, a one month increase of 10.3 percentage points, also a record. Non-farm employment declined by 20.5 million, another record, as employers scrambled to weather a storm of stringent lockdowns, broken supply chains and plummeting demand. 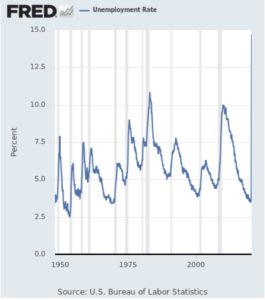 The previous unemployment high since the Bureau of Labor Statistics began tracking the data in 1948 was 10.8 percent in December 1982, although historians believe the rate neared 25 percent at the height of the Great Depression.

April’s report is the first to truly illustrate the effects of nationwide shutdowns due to the COVID-19 pandemic. With millions of dining establishments closed and most hotel rooms empty, leisure and hospitality was unsurprisingly the hardest hit sector, shedding an unheard of 7.7 millions jobs in just one month.

Yet, losses were systemic and widespread, with virtually every facet of the economy forced to pare down its labor force. Low-wage workers-largely less able to work remotely-were particularly hit hard. Average hourly earnings actually rose by $1.34 as there were not enough low paying jobs left to drag down the average.

Workers with already low job security were especially vulnerable. Of the 2.1 million jobs lost in the professional and business services sector, 842,000 were in temporary help services.

Eli Parsons worked as a temporary shipping clerk at a textiles distributor in Portland, Maine. He thought he was very close to being hired as an official employee before the pandemic changed everything. Unlike others at his job who were either furloughed or moved to online work, Parsons was laid off.

“They first told us we would do limited hours, then eventually they decided to cut the temps completely. We were the first ones to go. You can’t be furloughed if you’re not an actual employee,” says Parsons.

Still, Parsons is hopeful the good will he built up will mean something when things return to normal.

“My boss told me ‘as soon as this all blows over I’d like to bring you back.’”

A return to normalcy is largely dependent on the continuing government response.

Some states have recently begun relaxing social distancing guidelines and allowing non-essential businesses to re-open. At the federal level, the recent stimulus package offers billions of dollars in low or no interest loans to business owners as an incentive to keep their staff on. And the Federal Reserve has slashed interest rates to nearly zero, in the hopes cheap borrowing will maintain business investment.

But, some economists worry that the depth of the crises could be too great for effective government intervention.

“We’re not yet adequately capturing the true extent of the shock to the labor market,” said Joe Brusuelas, chief economist at RSM US. “The current policy path, both fiscal and monetary, is likely to be insufficient.”

Other economists see the staggering amount of furloughed workers as a cause for optimism. 18.1 million workers reported being on furlough, a twenty fold increase over two months. This could indicate that many employers are betting on a swift return to operations once the pandemic fades.

“Generally, this is the best-worst jobs report we could have,” says Michael D. Ferrin, an economist at The Mercatus Center, a right of center think tank at George Mason University. “The normal recession involves people getting laid off at a perhaps more sedentary rate, but they’re permanent layoffs. Afterwards the employers go through the process of searching, sorting and selecting to re-establish production relationships. And that’s very costly and very time intensive.”

Some are not convinced most furloughs won’t become permanent losses as the pandemic drags on.

“Companies are financially strapped themselves. And when you fire a worker you have to pay severance of some sort, a couple weeks salary at least. I think a lot of these temporary layoffs are going to become more permanent,” says Chris Rupkey, chief financial economist at MUFG Union Bank.

The uncertainty has Katie Fann, a stage manager in New York City, reevaluating her future. When New York’s lockdown went into effect in mid-March, not only did her theatre jobs dry up, but she was laid off from her day job as a restaurant receptionist as well.

“Having the pandemic and all theatre closed has definitely weighed on my mind,” says Fann.

“Am I making the right choice for my career, because what if this happens again, or what if it gets so bad we never have theatre?…It’s something that’s going to push me to try other avenues of schooling.”

David’s Bagel, also in New York City, initially attempted this before deciding to close for a few weeks. Now on their second try, the results have been disappointing.

How businesses respond to unprecedented consumer demands may hold the key to eventual recovery.

“The entrepreneurs will be motivated to find ways to inspire confidence in their customers, that they will be safe. Entrepreneurs, as they always have, will find a way forward,” says Ferrin.