Unemployment Will Sky-Rocket Across the Economy, But Not for Everyone 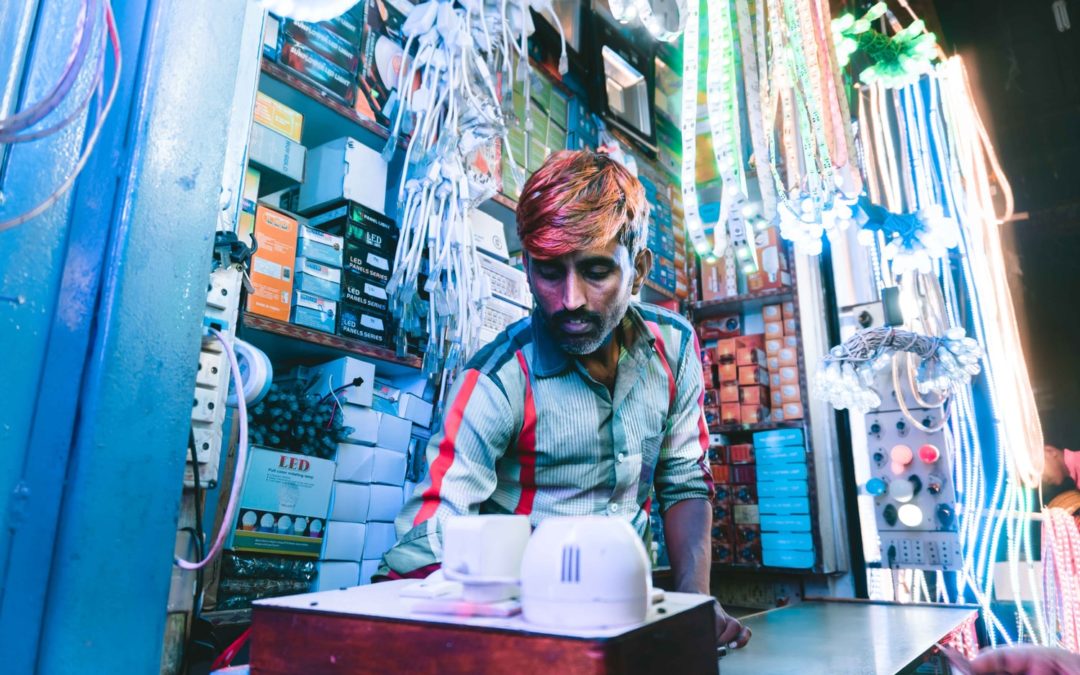 When the coronavirus outbreak became a pandemic, state governments throughout the U.S started shutting down non-essential businesses. Lucky for Ramon Cumberbatch hardware stores were not among the vulnerable. As the store manager of Hero Ace Hardware in downtown Seattle, he was able to keep his doors open along a strip of shuttered clothing stores, restaurants and bars.

For Cumberbatch’s store, in-person transactions have lagged because foot traffic in the area has practically ceased. But online orders have kicked up. Because of the increase in e-commerce activity, he wants to grow his small staff of 10.

“I see no slowing down on hiring,” said Cumberbatch, 38.

As the coronavirus continues to put a chokehold on the global economy, unemployment rates in the U.S. are projected to be the largest the country has ever seen. But parts of the retail sector are less at risk than is anticipated. Retailers that integrate their online stores with their brick-and-mortar operations could keep unemployment in the retail trade lower than other segments of the economy.

“There are opportunities here in the midst of all the carnage,” said Joel Naroff, chief economist of Naroff Economic Advisors. “If you have an online demand then you’re hiring.”

As the nation remains under lockdown in efforts to stop the spread of coronavirus, hiring has been halted in many industries including travel, service and manufacturing. In a single week the number of people claiming unemployment benefits jumped from 282,000 to 3.2 million, the biggest in recorded history.

The record spike in claims is a clear indication of where things are headed. Economists are expecting the unemployment rate to reach 20% or higher in upcoming months.

But the stakes for the retail sector are a bit more complicated. Like most industries right now, retail trade is in trouble, but that is not the case for the entire segment. Businesses that supply necessary products, like grocery stores and pharmacies, are actually experiencing a surge in sales. Even though things might take an unpleasant turn as consumer demand starts to dwindle, newer business strategies could ease the damage.

With in-store sales expected to plummet to record lows, retailers who have adapted their business model – for example, by selling goods online and then distributing them from their physical store – are likely to come out ahead. While foot traffic dries up, a store like Cumberbatch’s Hero Ace Hardware is still able to push products and make use of its workers.

Sales for Supplies Dealers VS. Sales for Non-store Retailers – shows the difference in revenue for e-comm versus brick-and-mortar

“Let the store be a micro fulfillment center,” said Brian Barry, president of F. Curtis Barry & Company, a supply chain and distribution consulting firm. “With the right systems and people, it can be a very strong usage of inventory and associates.”

Similar to big-box retailers like Target or Walmart, Cumberbatch’s mid-size operation has the option to sell and deliver products to customers who are not able to physically come to the store. This strategy could allow them to maintain a higher level of demand going forward and protect them as the state of the economy gets worse.

“You’ve got an ACE hardware that can deliver the same day because they’re local,” Naroff said this will help in the long run. “That store manager is going to say, ‘when I get done with this, I’ve managed to improve my sales and changed my selling profile.’”

Cumberbatch, who has been managing his store three years, says prior to the pandemic he would get two orders a day on average. Now, the store receives up to five orders daily, which he believes will help bolster his business in the interim. As the online portion of his business grows in the age of self-quarantine, Cumberbatch says he will need a bigger team to keep this going.

Hero Ace Hardware is an example of retailers that are less at risk in the broader economic fallout. Yet, there is no telling how sustainable their model will be as the health crisis continues to disable consumer activity.

“Demand is going to be well below what it had been, there’s no way around that,” Naroff said.

With the rapid increase in unemployment, consumer wages are beginning to diminish, putting a cap on how much business stores like Cumberbatch will see.

“Brick-and-mortar cannot attract customers because people are not spending,” Vyas said. “I’m not sure if they have too many levers to pull them out of this, especially if this drags out for the long haul.”

Still, Cumberbatch is holding onto hope that in the state that saw the first coronavirus case in the U.S., his store can make it out alive.

“I have to think about how I look to other people. I don’t want to look like a dying business,” he said. “We could show our neighbors and fellow businesses that we can be there as a beacon of hope that a small business like ours can thrive.”