Durable Goods Orders Grew Slightly in February, but Tough Times Are Ahead 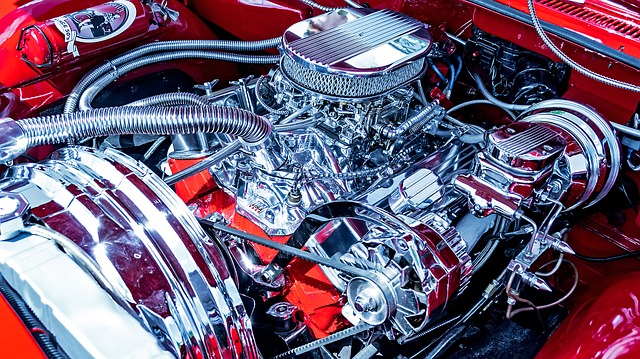 February saw a modest increase in orders for most durable goods, but a devastating COVID-19 related correction appears to be right around the corner.

The transportation market is considered one of the more volatile and difficult to predict durable goods components, yet January’s surge was surprising to economists who foresaw a much weaker number.

“We had thought the reduction in international air travel in February would cause transportation orders to be weaker,” says Michael Englund, chief economist at Action Economics. “Boeing’s production cuts in January didn’t seem to have as much of an economic impact as we feared.” 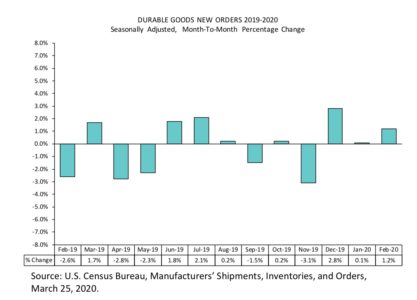 Yet, any positives have more to do with tailwinds from a strong, pre-COVID 19 economy, than one currently speeding towards a recession. It was only in the middle of March that workplace closures swept the nation, shuttering thousands of factories pivotal to the durable goods market. Many economists forecast unemployment as high as 20 percent in the coming months, which will reduce consumer demand for many of even the most essential goods and services.

“The economy was actually accelerating pretty briskly in January and February. If it weren’t for the coronavirus I think the storyline of the last 2 or 3 months would be that the US economy was going through a resurgence,” says Englund.

A massive amount of fiscal and monetary intervention is planned to soften the blow of a coming contraction. The Federal Reserve cut interest rates to nearly zero to encourage continued business investment, and Congress is close to passing a two trillion dollar stimulus package filled with cash payments to individuals and easy financing for struggling manufacturing firms.

As many important durable goods products-refrigerators, washing machines, cars-are household staples needed in bad times as well as good, some economists see more resilience in this market than others.

“Even if you’re unemployed and your stove goes out, those stoves tend to be required by most state laws. Lets say your refrigerator goes out, and your landlord won’t replace it, what are you going to do? Go without a refrigerator?,” asks Steven Ricchiuto, chief US economist at Mizuho Securities.

Some producers in the durable goods market still report strong sales. Vandergriff Technologies, a Dallas company which does industrial product testing for major manufacturers including Boeing, Raytehon and GE, has yet to see an appreciable decline in business.

“When we receive the product it is already made, so all we have to do is test it. We haven’t really seen a problem from our suppliers. It has been slower but we are still able to work,” says Vandergriff Quality Manager Venicia Queen.

But, the reverberations from a virtually shut down economy are sure to be felt in even the strongest industries, and economists are expecting very negative reports in the coming months.

“Look for a very large decline, maybe one of the biggest declines in history,” says Michael Moran, chief Economist at Daiwa Capital Markets.

Just how economically disruptive COVID-19 will be partly depends on the length of the work closures, and no one knows what that will be. Some companies in hard hit states like New York may be closed longer than most, further complicating forecasts.

“The situation is so uncertain that you are literally throwing darts in order to come up with a number for this,” adds Moran.