Inflation Crawled Up in February But Deflation Will Come After The Coronavirus. 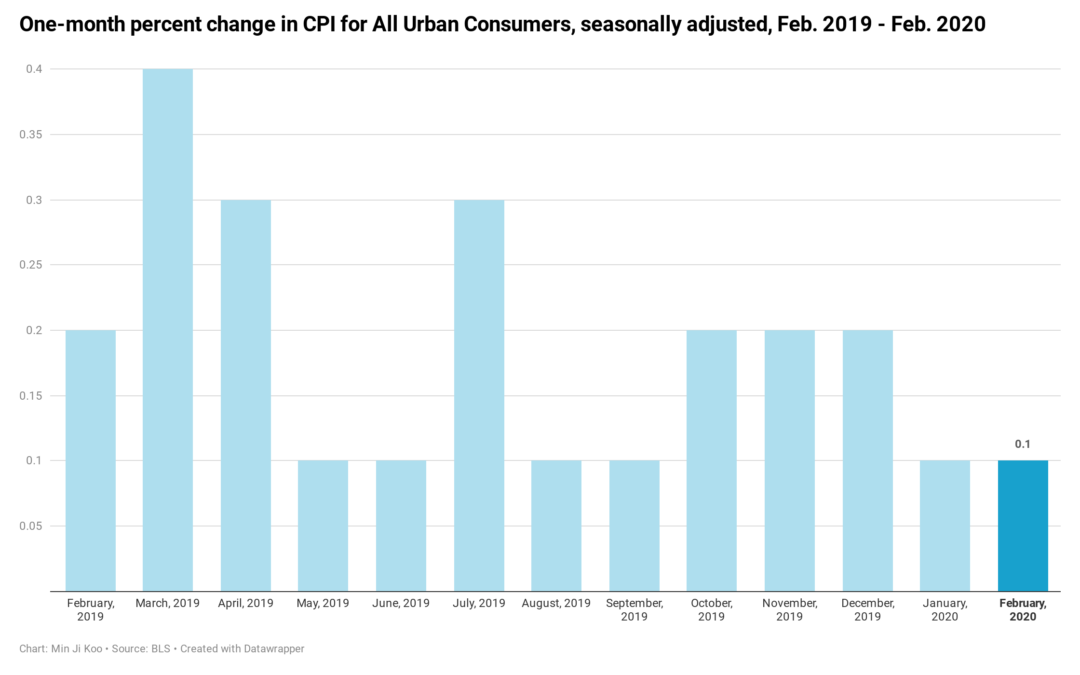 Inflation crept up in February but could begin falling with the continued drop of oil prices following the COVID-19 outbreak.

The Bureau of Labor Statistics reported on Wednesday that the Consumer Price Index, which measures how much consumers pay for food, housing, gasoline, and other items, increased by 0.1% on the month and 2.3% compared with a year ago. Core consumer prices, which exclude volatile food and energy prices, went up 0.2% from the previous month and 2.4 % in the last 12 months amid rising medical costs. 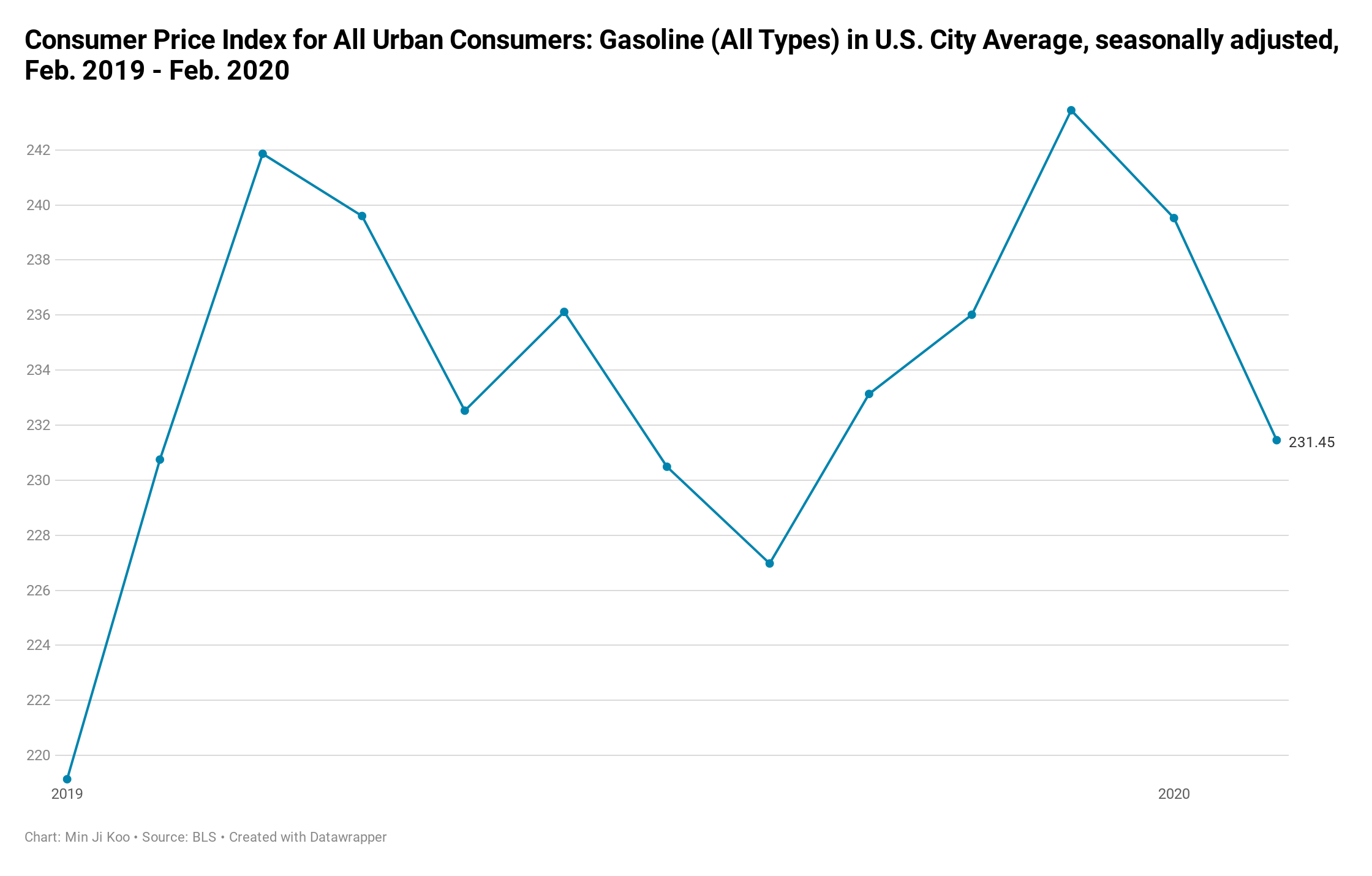 The key to inflation over the next few months will be how far energy prices fall and how the coronavirus impacts the economy.

Energy prices slumped 2%, and gasoline prices plummeted 3.4% from January. Low global demand for oil was initially caused by lower industrial activities due to the coronavirus outbreak. But the recent oil price war between Saudi Arabia and Russia led to the massive price drop. The decline of oil prices will likely be prolonged in March.

“The biggest story in February is the OPEC price war,” said Michael R. Englund, chief economist of Action Economics LLC. “We’re assuming a massive gas price decline in the next three months, 6% to 8% decline between March and May.”

“It is not bad to me,” said Socrates R. Henriquez, an Uber driver for more than five years who says he no longer has to search for the lowest prices to gas up. “I used to try to find the cheapest gas station around me, but now I don’t do it.”

Uber drivers also expect more customers as a result of the coronavirus outbreak. Ollie Ledger, who drives wearing a mask, says more people will want to use apps like Uber because they think using public transportation increases their risk of contracting the virus.

However, the drop in oil prices can cause a downturn in the economy. That’s because the U.S. became the largest crude oil producer this year, and the oil industry is a larger part of the nation’s economy than in the past. Low oil prices will hurt domestic oil companies.

“Oil factories have proliferated, and they get a negative effect when oil prices are falling,” said Englund.

Economists say that not only does the coronavirus outbreak affect the U.S. oil industry workers,

“It [dropping oil prices] is good only when people who buy gasoline can put that money for something else,” said Brown. “In this kind of environment people are worried about the future, and consumers are inclined to pocket savings.”

“The downward pressure on inflation, it’s going to be trending,” said Brown. “It blows the Fed’s 2% goal,” he said, referring to the Fed’s annual inflation target. “And I’m pretty sure that there’ll be more cuts in response to the coronavirus.”