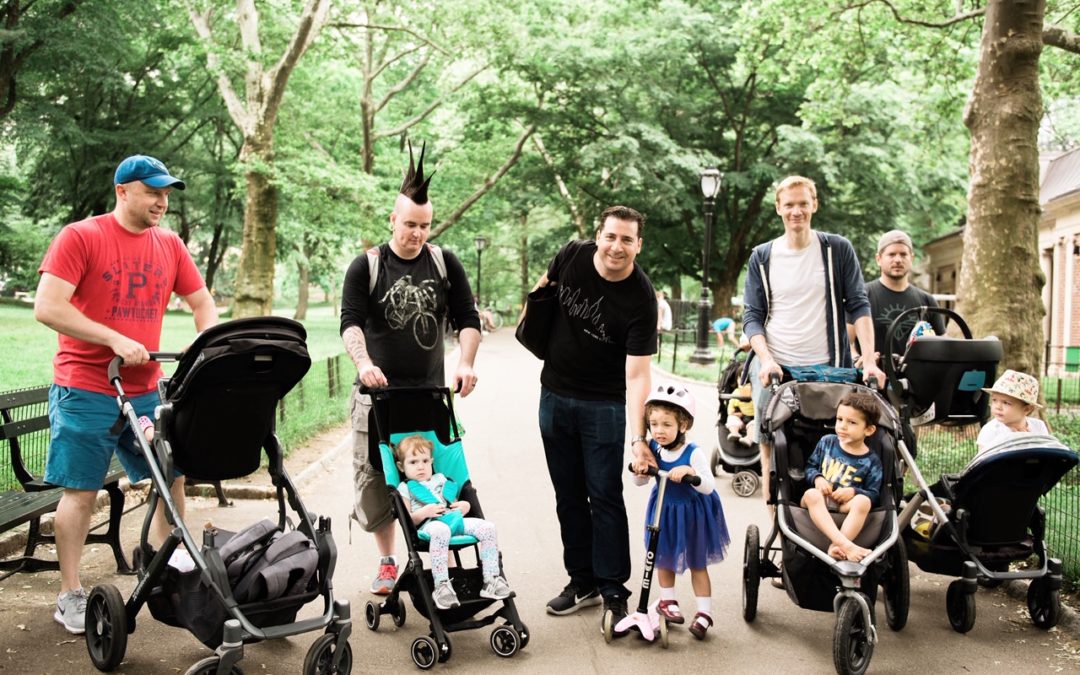 There is no snooze button at the Somerfeld household on the Upper East Side of Manhattan. While Lance Somerfeld puts a pink tank top and matching skirt on his daughter Jade, 4, his wife, Jessica, is buttoning her suit. She snatches her briefcase, and races out the door without breakfast or a kiss. Her husband and two kids look up from their cereal bowls as the door slams behind her.

The Somerfelds are a small, but rising number of families with stay-at-home fathers that has doubled in the last decade. A strong economy and 30 years of shifting gender roles have increased the number of househusbands, according to a study conducted by Pew Research.

Dads were nearly one out of five stay-at-home parents in 2016. This rise was encouraged by declining opportunities for men, rising cost of childcare and the firm belief one parent should stay home with the children.

“The number is rising, and it’s basically economics. When the time came, the woman was in a better position financially than her husband,” said Brad Harrington, executive director at the Center for Work and Family at Boston College. “Stay-at-home dads are married to women who have better financial prospects than they did, and they decided with their spouse that they value one parent being home with the kids.”

Women still earn substantially less than men, but female wages are rising faster. Women’s wages have risen by 10 percent over the last 20 years, but male wages have remained the same. In fact, 40 percent of married women out earn their spouses. The number of breadwinning mothers has already doubled over the last 30 years, almost two-thirds of mothers, according to the Center for American Progress.

When Sue Harper started having children, she knew she was not staying at home with the kids. If she stopped working, her husband’s salary alone could not cover their household expenses.

Michael Harper made a lot less than his wife, Sue Harper, a content strategist for a large insurance company. He liked his job in the master control room at Fox News even if it meant working nights, weekends and most holidays.

Despite retaining a full-time nanny, childcare was a tenuous balancing act between their schedules. When the nanny got sick, they spent all their vacation time taking turns staying home with the kids.

A week before Christmas, the nanny to their two children, then 6 and 3, quit suddenly after six years, and Michael Harper had to take over at home. Five years later, Michael Harper just potty-trained their third child, and plans to resume his career in a couple of years.

“I’m glad to be doing this, to always be around for the kids, although stay-at-home has its challenges,” said Michael Harper. “I look forward to working again. It’ll be nice to have an identity external from the house and family. When you’re a stay-at-home, there’s no delineation between work and home.”

Men aren’t keeping up with women in education, which is becoming a necessity for a middle-class wage. College graduates earned nearly 100 percent more per hour, according to a 2014 Economic Policy Institute report. This pay gap is the equivalent to the average family expenditure on housing.

“As women have been increasing their participation in the labor force and entering more occupations, so their pay rises,” said Elise Gould, senior economist at Economic Policy Institute, a left-leaning think tank. “Often times you take the lower paid member of the household and they’re the ones that wind up being home.”

Childcare expenditures have also influenced the decision of stay-at-home dads. Across America, the cost is nearly double the in-state public university tuition, according to Child Care Aware of America, an advocacy group. Many couples decide one parent should stay at home simply because they cannot afford childcare.

For many families, the choice to have one parent stay home isn’t merely a financial decision. Many Americans believe children are better off with a stay-at-home parent. Historically, that parent has usually been a woman — but that norm may be starting to change, in part because of the wider availability of paternal leave.

Boston College family surveys have shown that allowing men equal parental leave has inspired bonding for fathers and has even influenced some of the decisions to stay at home. Research from a  2007 Columbia University study found that men who took paternity leave are more likely to be involved parents even after they return to work.

Lance and Jessica Somerfeld felt very strongly one parent should stay at home, but neither of them wanted to. Jessica Somerfeld, vice president of Fortune 500 company W.R. Berkeley, had put in long hours as an actuary since she graduated with honors from Cornell.

Her husband couldn’t imagine being anything but a teacher until he took his parental leave allowed by his employer. Lance Somerfeld said it felt natural, and he could see himself as a caregiver. Ten years later, Lance Somerfeld is preparing his second child for preschool.

“Being a stay-at-home parent is a challenge; you’re always on. You can’t take a break,” said Lance Somerfeld. “But I can’t imagine being a teacher to anyone, but my children. I know my wife loves her job and I am grateful that I can support her career, but I really am the luckier parent.”