Mind the Gap: Hispanics Have had More Success than Blacks in Reducing Wage Inequality 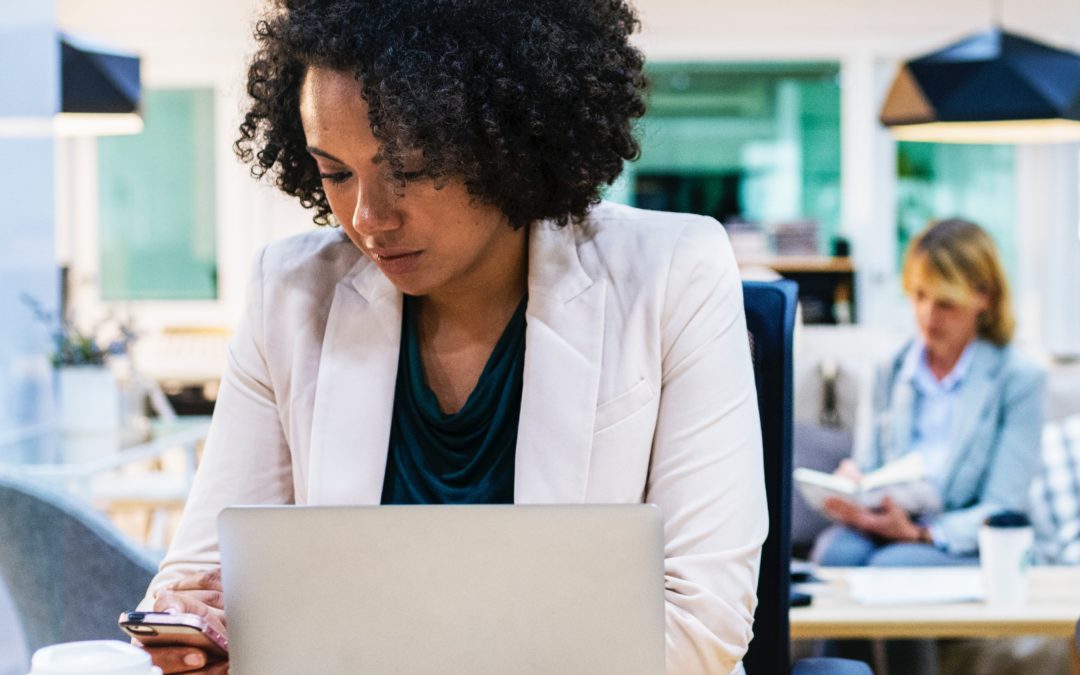 While the United States’ economic progress since the 2008 financial crisis has been celebrated, not everyone has thrived. Though the earnings gap between whites and Hispanics has narrowed, it has expanded for blacks.

Persistent poverty, poor education conducted in segregated schools, high incarceration rates and systemic racism that permeates hiring processes have outweighed any strides black Americans have made during the economic recovery. They have not experienced positive progress the way Hispanics have, even though both groups face some of the same challenges.

“No matter what we do with all the data over the years, it always comes out that African Americans end up being the rock in the stream,” said Dr. Anthony Carnevale, the director of the Georgetown University Center on Education and Workforce. “It increasingly looks like Latinos and Asians are moving around them.”

Jeremiah Harris, 42, faced employment struggles when he was let go from his job in 2017 after working as a career counselor in Chicago Public Schools for 12 years. As he was rejected from job after job, he drove for Uber to support himself, but knew he had to find something better.

“I didn’t want to still be making salaries that were allowing me to live on the fringes, not being able to take care of my family the way I needed to,” said Harris, who has three daughters.

The average black worker earned 16.2% less than a white worker in 2018, whereas this earnings gap was only 10.2% in 2000, according to the Wages 2018 report from the Economic Policy Institute (EPI). Both whites and Hispanics out-earned blacks at every education level.

The Hispanic poverty rate was 18.3% in 2017, its lowest level since 1972, according to the U.S. Census Bureau. However, both blacks and Hispanics were still much worse off than whites, who had a poverty rate of 8.7%.

In 2017, over one-fifth of black Americans were living in poverty. The black unemployment rate, though declining, is still twice the white unemployment rate on a national level as reported by EPI. Blacks’ most significant job gains have also occurred in the lowest-paying industries such as transportation and warehousing, according to the Bureau of Labor Statistics.

Black householders had a median income of $40,258 in 2017, according to the U.S. Census Bureau, lower than for both white and Hispanic households. The Hispanic median income was more than $10,000 greater.

“Coming out of the Great Recession, Hispanics have seen a pretty good increase in wages and a decline in unemployment rates,” said Kenneth Troske, chair of the economics department at the University of Kentucky.

Estefania Gonzalez, 20, was excited to have a job waiting for her after she graduated from college. While in school, she started as a paid intern at Hirewell, a Chicago-based talent acquisition firm. She was hired as a full-time digital marketing specialist this May.

Despite positive developments for Hispanics, high poverty rates still affect the schooling that both black and Hispanic students receive. In 2016, among all public schools, 40.8% of students of color attended low-income schools, according to The National Equity Atlas. Only 8.5% of white students did, reflecting both economic and racial segregation of America’s schools.

“Blacks tend to live in areas where the quality of the schools is poor,” said Troske. “One of the biggest determinants of how much you get paid is the quality of your education.”

School districts that serve large populations of students of color and those that come from low-income families receive less funding than schools with predominately white and affluent populations, according to a 2018 report from The Education Trust.

Fewer black and Hispanic students participate in advanced placement classes and gifted and talented programs, according to the Brookings Institution. They also don’t perform as well—both black and Hispanic students earned significantly lower SAT scores than whites in 2016. They have lower graduation rates for both high school and college, and fewer attend elite universities.

However, for Gonzalez, attending a low-income and diverse school did not mean she was set up for failure.

She graduated from one of Chicago’s top-ranked public schools: George Westinghouse College Prep, which has selective enrollment and caters to academically driven students. Gonzalez took advanced placement courses that gave her enough credits to graduate a year early from Columbia College Chicago.

“My parents are proud,” she said. “They feel like all the sacrifices that we make for her to go to school and get a better job are finally coming to fruition.”

However, not everyone has the same success as Gonzalez. Harris, who worked primarily with low-income, black students in Chicago, saw firsthand how the school system failed them.

“A lot of times they would want to go into these jobs making 80, 90, 70 thousand dollars a year,” said Harris. “But you could see that they were just unprepared. They weren’t at the level they needed to become successful.”

Even when blacks do attain college degrees, they still struggle. Between 1992 and 2013, college-educated blacks saw their net worth drop by more than half, while that of Hispanics fell only 27.4%, according to data from the Federal Reserve Bank of St. Louis. In contrast, college-educated whites and Asians saw their wealth soar during the same period.

Though the bachelor’s degree has long been considered an important earnings equalizer by economists, it has not done that for blacks.

“Blacks are somewhat unique in that we have not seen that process being as effective,” Troske said.

However, for Hispanics, college attainment has helped narrow their wage and wealth gaps with whites, Troske added.

For Gonzalez, college was the key to her success, but the road there was not easy. She said her family is not financially well-off and that neither of her parents speaks English fluently. She is the first in her family to attend college.

“It’s pretty difficult because nobody else has done it,” she said. “I had to do it on my own first and figure it out.”

She discovered her current employer through her college’s career services. She took marketing courses at school that prepared her for her job.

“The fact that they offered me the opportunity to stay on the team full-time even before graduation, I felt extremely blessed,” she said. “I felt like what I’ve been working so hard for is finally paying off.”

Hispanics are also not affected to the same degree by high incarceration rates that blacks are. For every 100,000 black males, 2,336 were incarcerated in 2017, according to the latest data from the Bureau of Justice Statistics. This was more than double the rate for Hispanic males.

These high incarceration rates lower wages for black males because they represent a significant part of the population that is not earning money, said Troske. After a prison release, the stigma of incarceration further reduces chances of securing employment and often means taking a low-paying job.

However, even without these socioeconomic conditions involving poverty, education and incarceration, researchers said there is another factor limiting wage gains for African Americans: racism.

“With the same test scores, grades, all other things equal, African Americans will make less than white people,” said Carnevale.

Black workers experience discrimination at a greater degree than Hispanics. In comparison to whites, blacks receive 36% less callbacks for jobs while Hispanics receive 24% less, according to a 2017 study from Northwestern University. The researchers determined that there was no change in the level of hiring discrimination against blacks over the past 25 years, although there was a decline for Hispanics.

Harris said discrimination might have hindered his own job search. He eventually chose to pursue a new career in technology and entered a training program at National Able Network, a Chicago-based nonprofit that helps jobseekers. He earned two technology certifications in April 2018.

Through a connection at National Able Network, Harris secured employment with Cisco Meraki in July 2018. He borrowed money from friends and family to attend job training in San Francisco.

“All I needed was a company to take a chance on me because they’ll see my work ethic,” said Harris.

He said he’s grateful that he can support his family better.

“I want my daughters to see something different from all of the negative images that are being pushed out to them about their particular cultural group,” said Harris. “I take it as a personal source of pride for them to see me working.”

Photo by rawpixel.com from Pexels