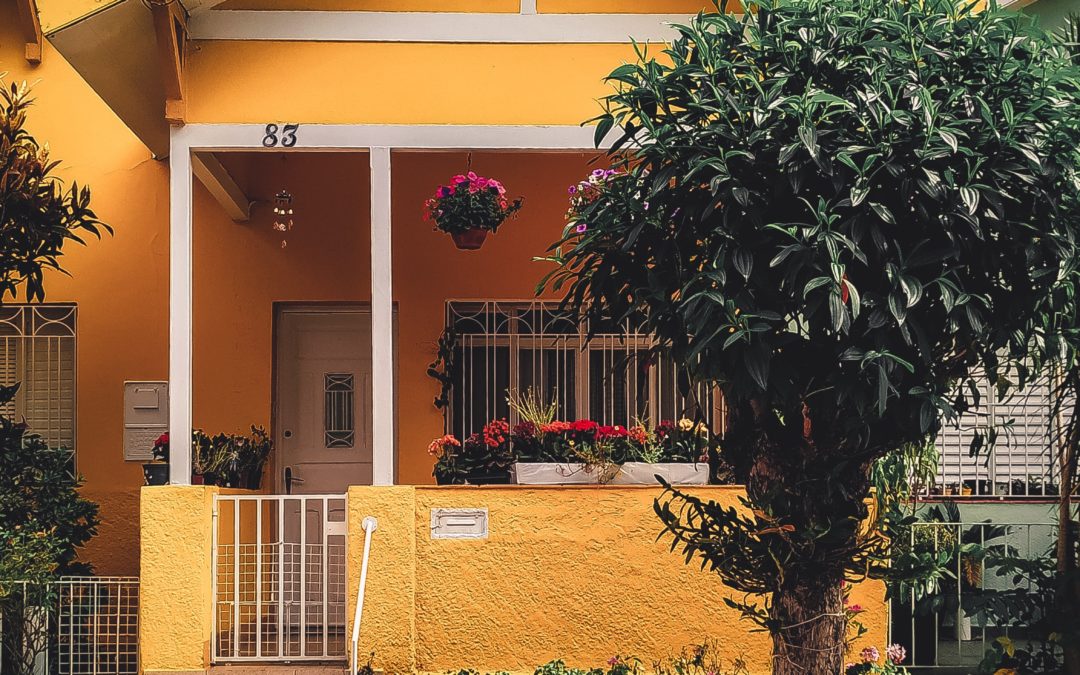 Ruben Hernandez feels like he is in the sweet spot of the real estate market.

Tapping into this growing percentage of the homeownership market is important to the Legacy model. He has set goals of how many people his company is reaching out to every month.

“We are aggressively hitting those numbers, which is good” he said.

Latino home ownership posted its fourth consecutive year of growth in 2018, outpacing all other ethnic groups in the U.S. Real estate companies and mortgage lenders are specializing their business models and outreach programs to cater to this demographic.

But as this group continues to take a bigger share of the market, their buying trends are influencing the demographic makeup of American cities and leading to a growing trend towards resegregation.

Latino homeownership increased to 47.1%, according to The National Association of Hispanic Real Estate Professionals’ – or NAHREP – 2018 annual report on the State of Hispanic Home Ownership. That marks Latinos as the only major ethnic group who have made such consistent gains. Over the past 10 years, nearly two-thirds of homeownership gains have been by Latinos, according to the report.

It has been driven in part by a rising median household income. The Hispanic household income rose to $50,486 in 2017. This accounts for the largest increase – 3.7% – among all racial or ethnic population groups, according to the report.

Census date suggests this trend will continue for quite awhile.

“The Latino story is the American story,” said the 2019 report of the Hispanic Wealth Project. “At 18 percent of the population, Latinos have accounted for half of the national population growth since 2000, and by the year 2060, nearly one in three people in the U.S. will identify as Latino.”

Latinos are the youngest ethnic minority group in the U.S. thus positioned better than other groups to accumulate wealth and buy homes.

The U.S. Census bureau reports that the average median age of Latinos is 28.7 years old in comparison to the median age of non-Hispanic Whites at 43.2 years. The overall average age is 37.8 years old. The younger Latino population is aging into the prime wealth-building years of their thirties and forties, and in doing so, are buying homes more readily than other groups.

Mortgage lenders see the buying potential of this group and are using education and social media to better reach Latino homebuyers.

Growing Latino homeownership is no surprise to Frank Fuentes, national vice president of Multicultural Lending at New American Funding. In fact, through the Latino Focus Initiative that he helped create, he is training real estate professionals how to cater their lending and brokering of homes to younger Latinos.

He said that eventually all mortgage lenders will need to model the simplicity and immediacy of companies like Rocket Mortgage. By using social media and the connectivity of the internet age, lenders can specialize in different demographic groups while making mortgage loans less complicated.

Education is key to the strategy of the Latino Focus Initiative. With first-time homebuyer loans, younger Latinos can purchase a house without the savings that many think is necessary.

“The industry needs to gear itself towards this wave of potential homebuyers,” he said. “Most people still think that you need 20% down to purchase a home but there are ways to buy a home for only 3% down.”

His company coined the term Hispennial to describe the Hispanic millennial community. Hispennials to the older generation to advise them on achieving financial security. Older Latinos see buying a home as the best way to invest in the future, Fuentes said.

Hispennials rely heavily on social media – such as YouTube and Facebook – and mortgage lenders need to capitalize on these platforms to help people get loans, he said.

“Latinx preference for in-culture [advertising] content out-indexes that of all other demographics, with 61% of Latinx indicating they feel the advertisement is made for them if it recognizes their cultural background,” said Katherine Wood, public relations coordinator of NAHREP.

There are only 50 lenders who originate 51% of all mortgages to Hispanics in the U.S. The Latino Focus Initiative intends to steer many mortgage lenders and real estate professionals toward this ethnic group.

These buying trends are affecting other ethnic groups and, at times, are reshaping the demographics within cities.

Homebuying trends – like most things – are not analogous across all regions or cities. But there are some specific trends that sociologists have seen in Latino homeowning in urban areas.

Affordability and employment opportunity are the main factors for Latino buying trends, said John Logan, professor of Sociology at Brown University. He researched minority groups and their impact on the diversity of neighborhoods in “Global Neighborhoods: Beyond the Multiethnic Metropolis.”

Latinos have been moving into some predominantly Black neighborhoods, which is in turn pushing Black populations further out into the suburban areas, he said.

Latinos home-buying patterns are not only specific to Black communities. In fact, Latinos are moving into all-White neighborhoods as well, which is leading to the disappearance of these all-White areas within some American cities, Logan said.

Both poverty and diversity is seen in many suburbs, said Willow Lung-Amam, professor of urban planning at University of Maryland. She cautioned against an “imagined geography,” or what people believe the ethnic makeup is in suburban areas.

It’s not as white as it used to be in the suburbs.

“Over the last 30 years, many more native-born, non-white groups have moved into the suburbs,” she said.

Michael Bader researches city neighborhoods and how minority groups can change the demographics within them, as a professor of Sociology at American University.

His research shows that when migrants come to a city they are drawn to areas where they are more likely to find people who match their background and culture. As they settle in and buy homes, they have a tendency to push out the groups who have already established themselves.

“Migrants have typically relied on social networks to find housing and thus looked in traditional enclaves where friends or family already lived. These social networks would have led the immigrant group to increase quickly and the existing group—usually but not necessarily whites—to decline.” Bader said in his study “The Fragmented Evolution of Racial Integration since the Civil Rights Movement.”

Latinos will continue to control more and more of the housing market both within the country. NAHREP reports that in 2018, Hispanics accounted for 39.6% of household formations with that number continuing to rise. As these new generations of Latinos grow into the prime working age they will accumulate more wealth and buy more homes. Where they buy will evolve but there is no doubt that there will be an impact on neighborhood formation and demographic makeup of communities. Either way, the swings of integration in cities is still a fluid situation.

As Professor Logan put it, “progress towards reducing segregation is always slow. Nothing happens fast.”