Ecommerce is Shifting Customer Service Jobs, But Not for the Better 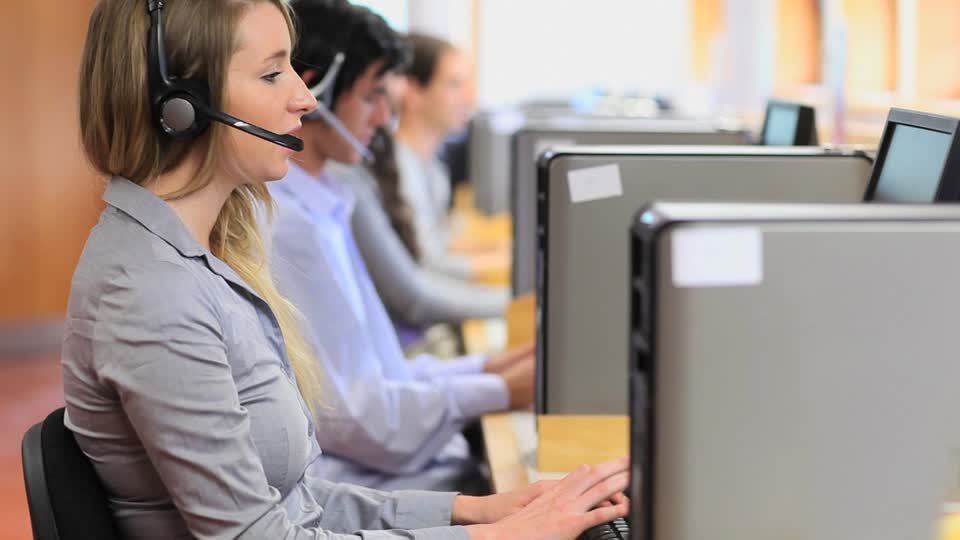 When Kamaria Mion got her job as a customer service associate at Quip, a subscription toothbrush startup, she was excited. The job paid a salary of $40,000 a year plus a bonus, a step up from the $13 an hour she had been making at another startup. In addition, the company was growing. It had just moved to downtown Brooklyn, and it was full of other young, smart people.

“It wasn’t a conscious career choice, it was just what was available,” said Mion, 25, who studied English literature and studio art at Vassar College. “If I couldn’t work in the field I wanted, at least this would be interesting.”

But much like traditional retail, which has been squeezed by companies like Amazon, customer service jobs are seeing a shift because of ecommerce. Added pressure from consumers to provide either high quality service or continuously slash prices is changing the scope of customer service jobs.

In reality, many customer service jobs are less attractive than traditional retail jobs, and there are fewer of them to go around. Ecommerce takes up about 10 percent of current retail sales, and while it’s growing quickly, it is not near to traditional retail in number of people employed. For example, the top ten occupations in department stores, just one part of retail trade, employ six times as many people as the top ten occupations in ecommerce, according to data from the Bureau of Labor Statistics.

But higher pay has also attracted workers with more education who need a job and will take what’s available.

This is partially due to companies trying to compete with Amazon, which consistently undercuts its rivals on price, by offering better service, said Jim Carroll, a futurist and trends and innovation expert.

“The only way you can differentiate yourself is through service, through support, through a highly educated customer service and sales force,” said Carroll.

Other companies are going the opposite direction, attempting to cut costs any way possible. This has led to two very different kinds of customer service jobs – in-house employees that earn salaries and are focused on providing excellent service, and call center employees that are paid hourly and focused on cutting costs. There is not much left in the middle.

One way that call centers try to cut costs is by making customer service representatives salespeople. This way, they generate revenue instead of just costing the company.

That’s what happened to Dea Polchow, who has been a customer service representative for AT&T in Rantoul, Illinois for 17 years. Two years ago, her call center was transitioned to sales. Now, instead of helping customers solve problems, which Polchow loved, she has to try to sell at least four items per phone call.

“I’m annoying to the customer now,” said Polchow. “But if I don’t sell to you, I could lose my job.”

Jobs in call centers, like the one where Polchow works, are projected to grow 36 percent from 2016 to 2026. But these jobs are highly stressful, and Polchow said they are getting worse.

Many customer service jobs often lack solid benefits like health care, retirement, or flexible schedules determined by seniority. For the increasingly few customer service representatives that are represented by a union, like Polchow, who is part of Communications Workers of America, things are better.

When Polchow became a union member in 2002, she started getting benefits that helped her get off public aid. Over the years, Polchow became increasingly involved in the union and is now the Executive Vice President for the local chapter in Rantoul, Illinois.

Because she was guaranteed raises over the years, she makes nearly $20 an hour today, decent pay. She has affordable healthcare that covers everything for her and her daughter. She was able to buy a house with two acres of land where she and her daughter have horses and other animals.

It’s “something I would never have been able to do without this,” she said.

Call center jobs – especially those not represented by a union  – are at risk of being moved overseas to further cut costs. A report recently released by Communications Workers of America shows that in the banking industry, thousands of call center jobs have been moved to countries like Costa Rica, India, and the Philippines.

There is no “quantifiable evidence that offshoring is slowing down” even with projected job growth in the U.S., said Nell Geiser, a senior research associate at CWA.

While customer service jobs are growing, they are not a replacement for traditional retail jobs.

The companies that have good customer service jobs are “the kinds of companies that are being squeezed out by ecommerce,” said Stacy Mitchell, co-director of the Institute for Local Self-Reliance, a non-profit organization and advocacy group that helps local communities by providing technical assistance.

But others are more optimistic that customer service will become increasingly important, especially as more companies operate online.

“It’s about price until it goes wrong,” said Carroll, explaining that when an order doesn’t appear and an email doesn’t give a good answer, consumers demand to be put in touch with a human that can help them.

“Companies are trying to eliminate the human, but I don’t think you can do that in the long run.” he said.