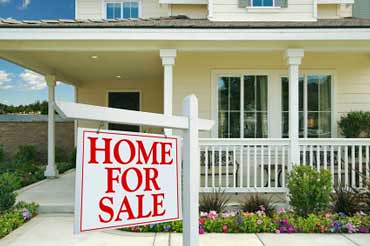 National home prices are continuing to grow due to low construction rates and few homes being put on the market.

Home prices grew 6.3 percent in December, according to new data from the Case-Shiller indices released on Tues. Feb. 27, 2018. This number was the same for both the national index and the 20-City index, the latter of which tracks home resales in 20 major metropolitan areas nationwide.

The growth signaled the value of homes is growing. For people who currently own homes, it is a sign that their net worths are going up. But it also shows the prospect of buying a new house is increasingly out of reach for many Americans — especially in the few major cities experiencing rapid growth.

Demand for homes continues to outpace the supply of ones for sale, said Ward McCarthy, Chief Financial Economist at Jeffries, L.L.C.

Homes prices are continuing to grow faster than the rate of inflation. This is especially prevalent in cities seeing the largest year-over-year price gains from December’s Case-Shiller reports, such as Seattle (12.7 percent), Las Vegas (11.1 percent) and San Francisco (9.2 percent).

One big factor that will affect the housing market in coming months: interest rates. If interest rates inch higher, home prices should begin to level out.

“Interest rates are not very high right now, but they are still higher than they were six months or one year ago,” said Francis Genereux, an economist studying North America at Desjardins Group. “So if the new trend continues, we’ll have to ask ourselves what will the impact be on the housing market.”

Increasing the interest rate would mean that homeowners looking to sell would likely put their homes on the market for a lower price to offset a higher mortgage rate. It may also deter some buyers, which in turn would drive down demand and level off the prices of homes.

Going forward, recent wage increases will mean that prospective homebuyers may have more income that they can use towards buying a house.

But Genereux added the tax bill and recent wage likely did not affect home prices in this report because the bill did not take effect until this year, unless people in December were, “forward-thinking and are starting to get afraid.”