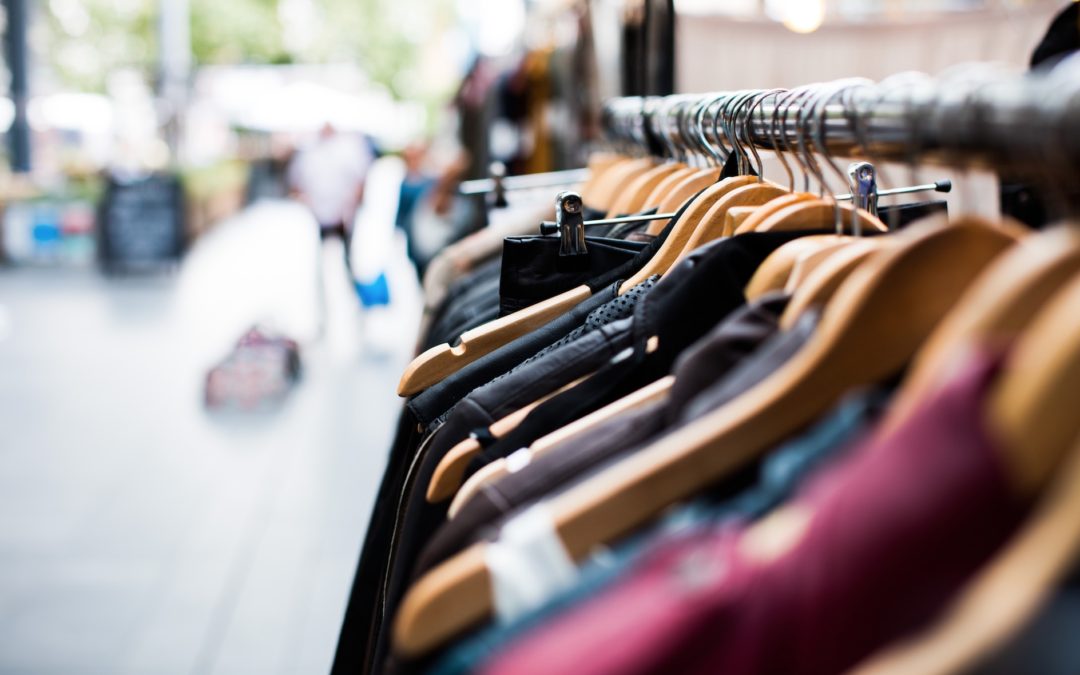 The monthly report from the U.S. Census bureau showed a 0.3 percent decrease in retail sales from December 2017. The number for December was also revised to show flat sales instead of the growth previously reported.

After the Republican tax plan cut taxes and increased take-home pay for families across America, analysts expected to see a boost in retail sales. Instead, it appears that consumers are slowing down after nine years of growth in spending. This spending was largely financed by dipping into savings, now at a low 2.4 percent. With the threat of rising interest rates, combined with record household debt of $13 trillion, it seems that consumers are thinking about saving their extra pay instead of spending it.

The downturn in January doesn’t necessarily spell disaster for the overall economy. The labor market is strong as unemployment sits at 4.1 percent, and there are signs that wages are picking up. This puts pressure on businesses to invest, which the new tax law also encourages.

“We do expect to see businesses ramp up spending,” said Bernard Baumohl, chief global economist at The Economic Outlook Group, LLC. He added that this increase will balance out a dip in consumer spending, so even if retail sales continue to slow, more spending in other areas will help keep the economy strong.

The weak retail sales number was driven by a 0.3 percent decrease in auto sales. Since reaching a record high in September 2017 due to families rebuilding after hurricane season, auto sales have steadily declined. But even excluding auto sales, retail sales remained flat.

“It suggests moderation in the strength of spending” early in the year, said Mike Gapen, chief U.S. economist at Barclays Capital Inc.

Weather may have also impacted spending. The Midwest, South, and East coast had extremely cold temperatures at the beginning of the year. Building materials were down 2.4 percent this month, and restaurants showed no change from December 2017. Consumers tend to spend more in these sectors when they are feeling confident about the economy and take on renovation projects or treat themselves more.

“Weather could have definitely played a factor because people are less likely to step out to eat if it’s freezing outside,” said Tom Simons, senior vice president at Jefferies, a global investment bank.

Nonstore retail, which includes online retailers like Amazon, was flat in January, much lower than analysts expected. Analysts warned against reading too much into the slowdown, however. Nonstore sales were up 13.2 percent from a year ago, and December’s sales were a record high.

“It could just be a bit of cooling after a strong holiday season,” Simons said.

There was a bump in sales in stores, but traditional stores probably aren’t making a comeback. Analysts cautioned that clothing and department store sales were boosted by rising prices due to inflation, seen in the 0.5 percent increase in the Consumer Price Index this month.

“It doesn’t show that we are reverting back to brick and mortar,” said Ryan Sweet, director of real-time economics at Moody’s Analytics. 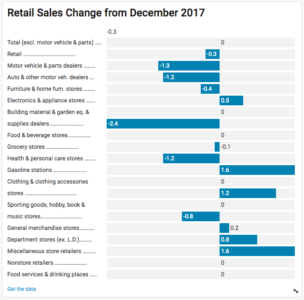