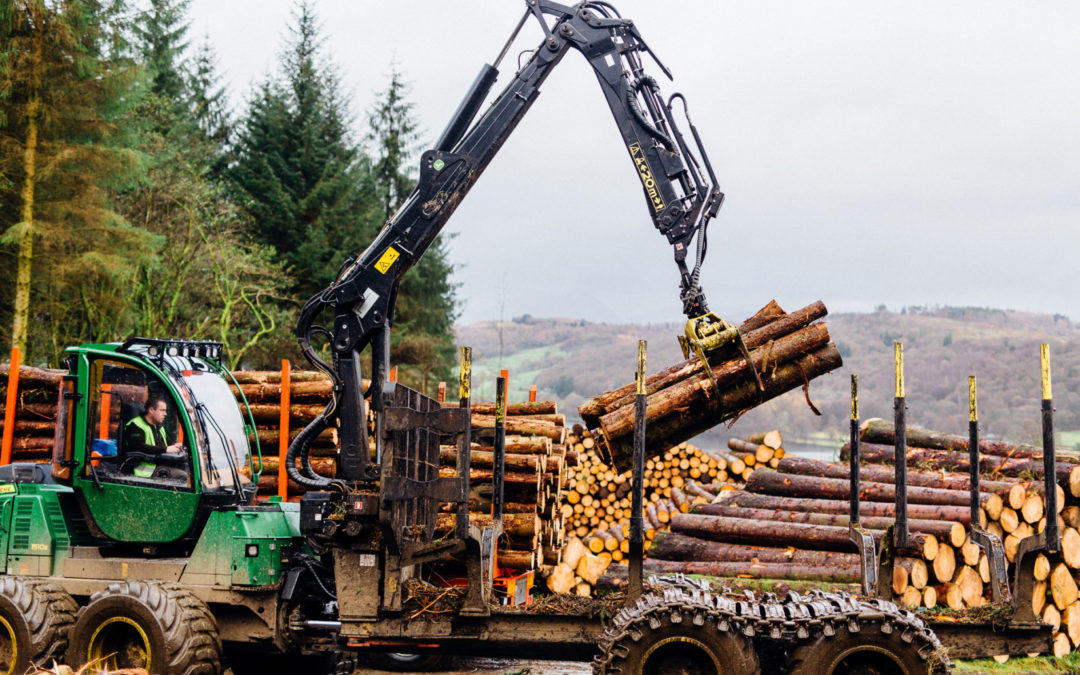 President Trump has proposed a tariff on Canadian softwood lumber, but American lumber is becoming more expensive as a result.

The new timber tariff proposed by the president – an almost 20% tax on softwood lumber imported from Canada – may sound beneficial for Americans on the surface, but the duty will actually result in a rise in home prices in the US and job losses on both sides of the border for the construction and forestry industries.

“It’s driving up our costs of materials because we buy a lot of Douglas Fir timber from the West coast, and even if it comes from Oregon the prices are still going up,” said Doug Friant, CFO and co-owner of Vermont Timber Works in North Springfield, Vermont. “Our timber supplier blames it on the tariff,” he said.

Builder confidence has been at a 10-year high since President Trump announced his intentions to ease environmental regulations because it would open up available land for building.  But the tariff on Canadian lumber imports will most likely result in fewer homes being built because of higher material costs, said Steve Melman, director of economic services at the National Association Home Builders.

“Every home that’s built generates about three jobs, and that’s a lot of jobs to cut back on,” he said. The National Association of Home Builders estimates that as many as 8,200 full-time US jobs and $498.3 in wages and salaries could be lost due to the timber tax.

As tariffs for conducting business with Canada raise the cost of construction in the US, the rise in prices for certain raw materials is ultimately transferred to consumers so that businesses can maintain their margins.  NAHB projects that US consumers will be paying 6.4% more for a house in 2017. The price of an average single-family home could increase $1,236, yet experience a decrease in overall market value of $424.

New homes aren’t the only commodity that will become more expensive. The proposed tariff on Canadian softwood lumber is expected to take effect in the fall, but anticipation and speculation about the impact of the new timber tax has lumber prices rising sharply across the country already.

“Everybody’s sitting in limbo,” said Kelly Curb, co-owner and vice president of Northland Hardwood Lumber Company, Inc. in Bemidji, Minnesota. “The best thing for the lumber industry would be for them to get something figured out and on paper.”

Prices for certain cuts of lumber have gone up more than 35%, some of which is the result of tension and anger between border suppliers, said Curb. While he still is able to negotiate with his suppliers in Canada their prices are much more firm now. And the people who will absorb the higher cost of raw lumber are American homebuyers.

But one group in this country will see benefits from the tariff – the Midwest Timber industry. Sawmills and loggers in places like Minnesota and Wisconsin suffered at the hands of the 2008 housing market crash and have been slow to recover due to lack of demand. When the countries’ previous lumber agreement ran out two years ago it compounded the problem for local American sawmills who couldn’t catch up and compete with the lower costs of forestry product coming in from Canada.

The argument between the two North American countries over duties and how much imported lumber should cost has dates back to the 1980s. When the 2006 Softwood Lumber Agreement expired in 2015 it left an opening for the trade dispute to flare up again. Some are calling the current iteration of the trade tussle “Lumber V,” or phase five, of this issue since it is the fifth time the debate has become center stage, politically speaking.

But this time the tariff coincides with the renegotiation of the North American Free Trade Agreement and many see President Trump’s move to tax America’s northern neighbor as political posturing, using both the lumber dispute and clashes over dairy pricing as a way to undermine Canada and strengthen the US’s position while reworking the embattled trade deal.

The Trump administration has argued that lumber deals are not fair to American companies because the Canadian government directly subsidizes the softwood lumber trade, whereas here the market dictates the pricing behavior of private lumber companies. Whether or not the President is slapping on timber tax is for political gain, the unintended consequences for both countries are real.

Overall, the Canadian forestry industry is expected to lose around 2,200 jobs and about $700 million in exports to the US. British Columbia will be hit especially hard. The province is Canada’s largest exporter of softwood lumber, accounting for about half of overall production. Almost 40% of B.C.’s rural economies are dependent on forestry, with the industry providing 60,000 direct jobs. Many small towns there have economies formed solely around lumber production.

Small companies and consumers in the US will continue to be affected. Friant’s family-run Vermont Timber Works has been around for three decades and employs about 20 people, but he says the company just can’t absorb the 20% hike being produced by the North American tariff and will have to charge their clients more for the same product.

At Verticon Construction Services in Monroe, New York, project manager and co-owner Justin Zuckerman, 30, agreed that he will also be passing the added cost along to his customers.

“If the price of lumber goes up, it will just increase the final price for our clients,” he said. “We aren’t going to be buying more American materials, the same materials we buy will just cost more,” he said.

If businesses impacted by the tariff have to continue to raise prices, future implications for US businesses and consumers may be the opposite of Trump’s campaign promise of “America First” and helping middle class families achieve in the American dream. For some, that dream may become 6.4% more expensive.