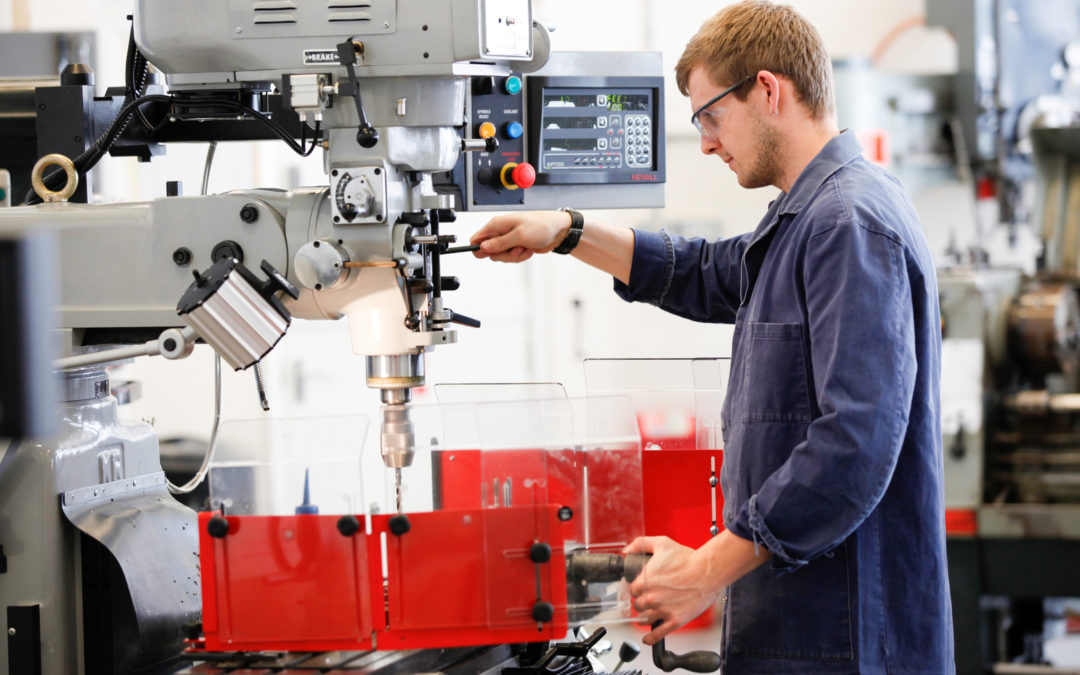 Five years ago, Rishvanth Kora, 31, was about to finish a graduate program in electrical engineering at the University of Kentucky, when he finally got a job offer. The Fortune 500 manufacturing company Cummins wanted a worker with an advanced engineering degree badly enough to hire Kora, an Indian citizen who would need a work visa in order to stay in the U.S.

“I’m fascinated with electronics and the U.S. is the place with the best universities to offer courses,” he said. ”But companies needed me to have a green card or U.S. citizenship.”

President Donald Trump came into office with a message to revive American manufacturing and to limit immigration, but those goals may be in conflict. As manufacturing becomes increasingly high tech, the demand for highly skilled workers will only grow and foreign workers could play an integral role in keeping the factory floor pumping out products and jobs.

In the last 10 years, the number of foreign-born students who graduated with advanced degrees in engineering increased 44 percent, compared to only 12 percent growth in American graduates in those subjects, according to a study by the National Science Foundation. But to hire those specialized grads, American manufacturers must apply for scarce H-1B visas that Trump promised to make even harder to get.

While the visa process is difficult, foreign workers are essential for a manufacturing company like Cummins.

“We’re scouring American universities and we’re looking globally for the best and brightest talent that will elevate our technological talent and make us better in the long term,” said Jon Mills, director of external communications at Cummins. “We cannot remain relevant in a global economy without top talent.”

The company employs about 1,400 H-1B workers, who make up about five percent of their domestic workforce. Most of those workers are engineers and designers who create and troubleshoot Cummins’ products.

“Everybody talks about how high tech the iPhone is,” Mills said. “Well we have an iPhone and more inside one of our engines with electronics and advanced communication methods.”

Cummins’ investment appears to pay off. Over the last five years, Cummins’ average revenue growth was about 4.5 percent while their competitors’ revenue shrank. Navistar International, another diesel engine manufacturer, lost yearly revenue on average of 12 percent and Caterpillar declined by an average of 15 percent in the same five-year period.

Caterpillar and Navistar declined to comment about how many H-1B workers they employ. But according to My Visa Jobs, an online reference of H-1B visa applications, in the last four years Navistar only certified 188 applications and Caterpillar 437 applications, compared to over 2,500 from Cummins.

More foreign workers could help manufacturers who have a hard time filling positions that demand a higher education.

“Every day we hear a greater need for engineers,” said Gardner Carrick, Vice President of Strategic Initiatives at the Manufacturing Institute.

Carrick co-authored a report in 2015 about what is known as the skills gap in manufacturing, The report found that about 30 percent of CEOs surveyed for the report listed immigration or visas as a top source of recruitment for their business, but only 13 percent said it was either very or extremely effective.

“I would say none of these visa programs are well used by manufacturers,” Carrick said.

Part of the problem is that manufacturers need workers with specialized skills particular to the unique machinery on the American factory’s shop floor.

“The U.S. has the most advanced manufacturing sector in the world,” Carrick said. “It’s not like there are a bunch of people anywhere that manufacturers can simply import them.”

To develop those workers, Carrick said that American manufacturers partner with local community colleges and training organizations that teach students the skills they need to work in a modern American factory.

However, many of those programs also rely on the H-1B visa program. Employers who apply for H-1B visas have to pay about $2,500 in fees for each application, which the government uses to fund grants for job training programs. Each year, the Department of Labor spends over $100 million this way to train new manufacturing workers.

That money helps thousands of Americans develop skills that allow them to enter new careers on the factory floor.

“The problem with many employers is that as far as training, they don’t have the resources to do it,” said Montez King, interim director of the National Institute for Metalworking Skills (NIMS). He said that many manufacturers give up looking for skilled metalworkers because there are so few people with the requisite skills.

In 2015, NIMS received a $2.2 million Department of Labor H-1B grant to help train over 300 metalworkers in California, Arizona, Pennsylvania, Minnesota and Alabama.

“We targeted individuals who had no experience at all in manufacturing,” King said. “Because we have a skills gap and there’s a lack of interest in manufacturing. So we used the grant to find people anywhere we could.”

NIMS used the grant to pay employers to train the unskilled workers for up to nine months. By the end of that time, each worker was fully trained and able to work as a skilled machinist.

Proponents of the H-1B visa say there are more economic benefits than just funding for government programs.

“Having more competition, higher skills and more productivity within individual employees, that’s going to be beneficial across the board, raise wages and create jobs,” Boogaard said.

On the campaign trail, Trump promised to crack down on what he called abuse of the H-1B program. And in April, he issued an executive order that directed the secretary of state, the attorney general, the secretary of labor and the secretary of homeland security to analyze the program and suggest reforms. It is not yet clear what kind of shape those reforms will take.

FWD.us hopes that the government will choose to increase the overall number of H-1B visas and crack down on companies that do not use the program properly. The top 10 recipients of H-1B visas all use the program to offshore American jobs, which have used the program in the past to pay workers below the prevailing wage. In 2014, those companies, which include Tata Consultancy and Cognizant Tech, took in nearly 30 percent of new H-1B visas, according to a report from the Economic Policy Institute. If future reforms limit those companies’ ability to get visas, while increasing the overall number, it would open up opportunities for American firms to employ high skilled workers that they cannot find otherwise.

If that happens, manufacturers could benefit. While they are not currently responsible for many applications for new H-1B visas, manufacturing is the second highest sector, after professional, scientific and technical services, to request permanent worker status for foreign employees, according to Department of Labor data. That means manufacturers are trying to keep the foreign workers that they are able to bring in at a high rate.

For Cummins, H-1B reform could mean more flexibility to hire whatever workers they need.

“I think it’s about what makes us prosper as a business and as an economy,” Mills said. “The more talent you have, the more successful you are, the more ability you have to create U.S. jobs.”