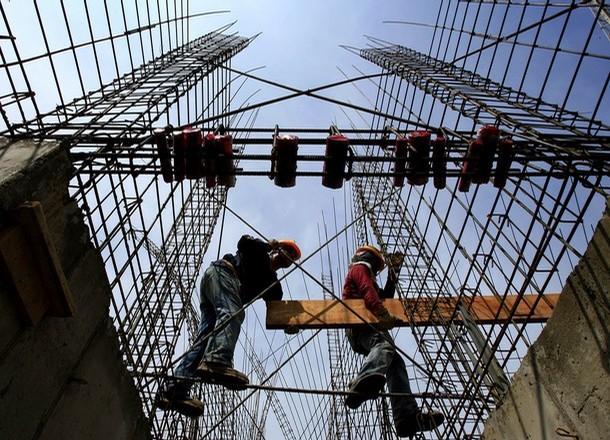 American employers accelerated hiring in March, which marked an historic 79 straight months of job growth and inched the economy closer to full employment.

The economy added 211,000 jobs in April and the unemployment rate stayed about the same, at 4.4 percent, according to the Bureau of Labor Statistics report released Friday morning. But while the overall numbers were encouraging, wages remained basically unchanged, a warning sign for the prospects of future growth

The increase was a return to strong monthly growth after an unseasonably snowy March reduced job increases in that month to just 79,000.

“It bounced back like we expected,” said Elise Gould, senior economist at the Economic Policy Institute. “I’m pretty much ignoring that month.”

Continued strong job growth will likely encourage the Federal Reserve to continue to raise interest rates later this year, economists said. When the Fed met earlier this week, they expressed confidence in the strength of the economy, but kept the interest rate steady at .75 to 1 percent. With the strong numbers in April, the Fed will likely raise rates again when they meet in June and possibly again in September.

As the recovery from the 2008 recession continues, analysts say the economy is very close to full employment, the point when everyone who wants a job can get one.

But while the number of jobs added is important, wage growth continued to stagnate in April, a sign of trouble for the future.

Normally, as the labor market tightens, wages should increase as employers have to compete to hire a limited number of workers.

“There is something that doesn’t quite make sense,” said Bernard Baumohl chief economist at the Economic Outlook Group. “We can’t have stronger growth, persistent increases in jobs, but still have such lackluster wage growth.”

The rate of wage growth is the same as it was in 2010, when the unemployment number was 10 percent. Economists worry that slow wage growth in the long term could drag down the economy.

“If this trend continues that is the greatest threat to economic growth,” Baumohl said. “It shrinks purchasing power of consumers and that will affect consumer spending.”

There is already some evidence that is happening, even as confidence surveys remain optimistic.

And that slow spending can hold back businesses.

“There’s still a lot of uncertainty for businesses,” Piegza said. “They’re hesitant in this environment to invest in equipment and structures and certainly high wage, full time employees.”

Much of the job growth in April was in the healthcare sector, which added more than 36,000 jobs. That sector is insulated from consumer demand because it is driven by the aging American population who need more health services.

Other sectors of the economy did not fare as well. Retail added just over 6,000 jobs in April, a small increase in a sector that shed nearly 30,000 jobs in March, as brick-and-mortar stores close to adjust to the online shopping era.

Much like other sectors of the economy, the future of retail jobs will likely be in tech.

Scott Ragusa, president of contracts staffing at WinterWyman, a staffing agency that operates primarily in New York and Massachusetts, said retailers have been rushing to hire developers and data analysts.

“We’ve seen a tremendous uptick in big data, analysis, people who can can take what looks like reams of data and say this is what it means,” Ragusa said. “The brick-and-mortar people are the ones having a lot of that data. There’s no such thing as just brick-and-mortar now.”

Manufacturers also struggled in April, adding just 6,000 workers. While it was the fifth-straight month of job growth for manufacturers, it is a small fraction of the millions who lost jobs in the sector over the last few decades.

Part of that is because American manufacturing is highly automated, while the strong dollar makes it hard to compete with foreign producers.

Some of the hiring that has happened is based on optimism that President Trump, who campaigned on the return of thousands of domestic manufacturing jobs, will enact policies that will stimulate growth.

“Much of the increase in optimism of late stems from an expectation of more pro-growth policies emanating from Washington,” said Chad Moutray, chief economist at the National Association of Manufacturers.

If President Donald Trump can deliver on his promises to cut taxes, reduce regulations and spend more than a trillion dollars on infrastructure, it could spur significant economic growth and hiring. Trump released the outline of a tax plan last week, but it is unclear what the final product will look like and if or when it will pass into law.

And beyond the overall number of jobs added, there were other signs of optimism. More than 280,000 workers left part-time jobs, decreasing the number of part-time workers to its lowest level since December 2007. During the recession, many workers turned to part-time positions because they were the only ones available. The decrease, combined with an overall participation rate that stayed roughly the same as the past few months, shows that more workers are finding full-time time work.

But while that news combined with sustained job growth is positive, stagnant wage growth shows how far the American economy still has to go to fully recover from the recession.