Rental Market Drops Across All Major Cities in U.S. 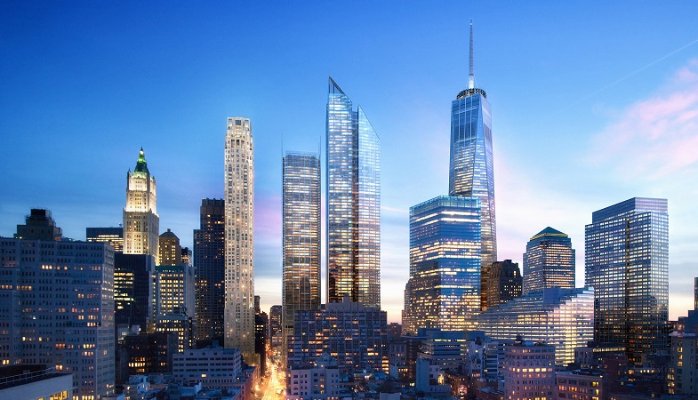 VanderBorgh Realty has been in business for 11 years in New York City, but founder and President Nicholas VanderBorgh has never had multiple two bedroom listings languish on the market for months at a time – until now.

“Even the low end of the high end is sitting on the market,” said VanderBorgh. “There’s a lot of inventory right now.”

The housing market is facing the most basic of economic issues – too much supply and too little demand. During the economic recovery, developers who were spurred by capital pouring in from Wall Street at previously unseen levels rushed to deliver luxury housing units. Now they face a glut of inventory across the U.S. as renters, particularly millennials and foreigners, are not signing leases. The result is that the high-end rental market is cracking.

In New York City alone, in Manhattan and Brooklyn, 13,340 new rental units are expected this year compared with 11,514 in 2016. San Francisco has seen rents drop for the last nine months in a row and rents there are down 5% city wide. Even in smaller cities like Denver, CO the vacancy rate went from 5.1% to 6.2% as rents fell in 2016. Seattle is the only city in the U.S. that has seen a median rent price increase, at just 0.5 percent.

Miller thinks rental prices will face challenges for the next several years. Residential buildings take two to three years from conception to marketing so the pipeline of new construction isn’t going to slow anytime soon, and companies are just starting to acknowledge this problem, he said. While the strong economic conditions of the Northeast region have kept thing stable for now, Miller believes the market will experience a slow bleed rather than a dramatic correction.

And it’s already starting to happen – landlords are having to offer concessions like free months of rent or waiving broker fees to attract renters.

One of her clients in the Georgetown neighborhood of Washington, D.C. had to waive a move-in fee to attract potential renters. For a spacious rental with a parking spot in a desirable building, Hayes said it was a surprise for the apartment to sit on the market so long and still remain vacant despite the fee waiver.

The demographic and cultural trend for years now has been thought to be a return to urban living for millennials and the creative classes, but the younger generation is surprising the market. Suburban growth rates for housing have actually been stronger than rental markets in major cities across the country.

In San Francisco there is also more inventory than usual. Blanca Aguirre, a real estate broker associate at Keller Williams, said that the agency has had to make price adjustments on single family homes to rent them and they are sitting on the market a week or two longer than usual. Though overall, as long as the owner is willing to make a price reduction they can still rent fairly quickly, she said.

While Miller sees a problem for a couple of years, others believe this trend is only beginning to pick up speed as millennials continue to empty out of cities.

“It’s a big social issue,” said MIT professor and economist William Wheaton. “The millennial market is long overdue to move on, but they’re not married. So that’s the thing that kept them in the cities. All of the newly constructed four thousand dollar a month apartments will remain vacant because by the time they meet the right person and they’re ready to spend that kind of money, they’re going to want to move to the suburbs and buy a house.”

Steve Schell, a 28-year-old marketing executive, is one such millennial. He is moving from San Francisco to New York next month to move in with his girlfriend and taking advantage of the declining market. This month he negotiated a 15% broker fee down to just one month’s rent in the West Village, usually one of the most sought after neighborhoods in New York. And while the couple wants to stay in the city for a few years, they fit Wheaton’s bill – ultimately they plan to have kids and move to the suburbs to raise their family.

But it’s not just millennials who aren’t renting. The disappearance of the elite foreign buyer is also weakening the market. Normally, Sarah Son, a licensed real estate sales person at Douglas Elliman sells three to four condos to Japanese buyers, usually around December, and last year she sold none.  Son said she did not even receive one phone call.

She attributes the lack of interest from foreigners to uncertainty about the economy, though she said another factor is the strength of the dollar and the stock market. There also may simply not be enough wealthy buyers to go around anymore. The number of multi-millionaires in the market for second, third and fourth homes hasn’t changed much in recent years. In a rarefied market that means running out of demand can happen fast.

Son also has two rentals on the market at Trump Place on Riverside Boulevard that she can’t rent.  They may be the only two apartments in New York City still on the market for reasons that have nothing to do with over supply and millennial disinterest.