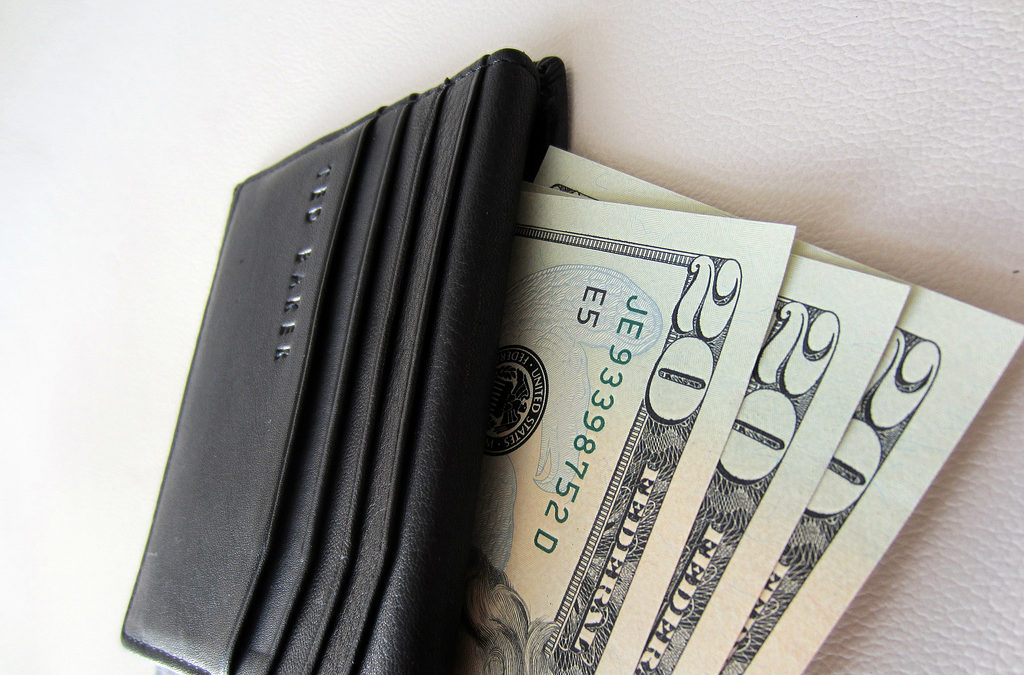 Personal income increased in February, a few weeks after the Federal Reserve increased interest rates in a move indicating strength in the economy.

The gain of 0.4 percent brought income to $57.7 billion this month, according to the Bureau of Economic Analysis. This comes in line with analyst expectations who credit the increase to strong wages and salary.

Pay continues to increase as the job market tightens. Employers added 235,000 jobs in February and unemployment dipped to 4.7 percent. Economists believe that such strong numbers mean that the U.S. is near full employment.

“What’s been getting a little stronger, lately, is wage and salary data and we think that reflects underlying momentum in labor markets,” said Michael Gapen, Chief U.S. Economist at Barclays Capital Inc. “We think we’re roughly at full employment and that further improvements in the labor markets will start to generate faster growth in wages and salaries.”

Wages and salary saw an uptick of 0.5 percent for February, due to an increase in the number of weekly hours Americans are working. This is attributed to the increase in hours in manufacturing jobs. That trend is not expected to continue, as the pace of job growth will slow down because of a tightening job market. Analysts believe that this is reflective of the current labor market.

An increase in weekly hours worked also contributes to the wage and salary increase, as the more hours Americans work, the more money they make. This is attributed to the increase in hours in manufacturing jobs.

Even low wage workers have seen a slight uptick in the number of hours worked in the last few years, according to data released by the Economic Policy Institute. Workers in states that have increased their minimum wage have seen considerate growth in their earnings.

Earlier this month, the Fed increased its benchmark interest rate to the range of 0.75 percent to 1 percent. The rate, the second in three months, comes amid a robust economic upturn. The Fed is expected to hike the interest rate two more times this year.

The personal consumption expenditure, which is the Fed’s preferred inflation measure, rose 0.1 percent, which is a slight uptick from January’s 0.4 percent increase. The increase was enough for the PCE to reach 2.1 percent. The Fed’s target inflation is 2 percent. If the PCE remains steady at 2 percent or higher then it will be counted as officially reaching the target number.

Despite the increase in wages and salary, U.S. consumer spending, which accounts for two-thirds of economic activity in the country, barely showed an increase last month. The government, worried about fraud, delayed issuing tax refunds this year. The delay affected the consumer spending numbers.

“I wanted to purchase better insurance and had to wait until the [tax] return hit,” said Seth Titley, call center representative at National Grid.

Tax returns arriving later than usual has a short-term effect on consumer spending. The less money Americans spend now means that they will most likely spend it later when their tax money comes in.

Americans, who have access to insurance, are also feeling the pinch, as many deductibles reset earlier in the year. Consumers, likely to buy goods, are buying prescriptions and paying for doctor visits.

The rise in gasoline prices has impacted consumer spending, as it’s shown a year-over-year increase. The AAA projects that gasoline prices will increase by 40 cents this summer, peaking at $2.70. Increased fuel prices may slow spending during the warmer months, as many Americans will have to offset some costs due to gasoline prices.

“Because I live in Florida, my options are limited, so I have to drive,” said Danielle Davis, a law student at Barry University. “I probably will continue to limit my driving due to the rising costs. But totally cutting out driving isn’t realistic here in Orlando.”

When adjusted for inflation, wages and salary is shown to be weaker year-over-year, due to the increase in gas prices. High gas prices chips away at the purchasing power for consumers.