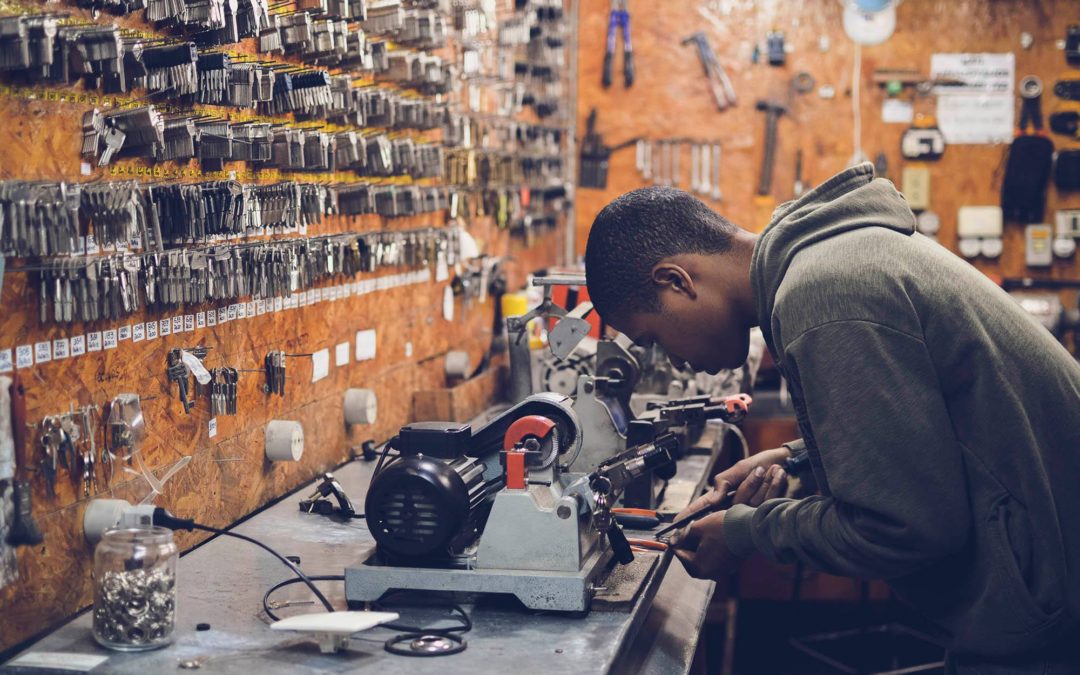 After Donald Trump’s stunning defeat of Hillary Clinton on Election Day, many were quick to point to one voting bloc that helped hand him the keys to victory. Political pundits described them as angry; and some referred to them as abandoned. It’s the white working class, who has seen their income decline by 9 percent over the past two decades, according to Sentier Research, a firm that tracks income and demographics.

One group that is often left out of the conversation is the black working class, who have also seen a decline in income, despite there being an increase in the amount of annual hours worked. A 2016 survey from Pew Research, indicates that there is a 39 percent difference in household income between white and black Americans.

“Taking that angle is clearly and purely a political move,” said Valerie Wilson, director on race, ethnicity and the economy at the Economic Policy Institute. “There was a lot left out of that as if the white working class were the only group struggling and having difficult economic times.”

African American men, earn roughly 22 percent less than white men within the same demographic, according to the EPI.  The wealth and income gap between both working classes continues to widen. Roughly 17 percent of African-American households made less than $25,000 in 2015. That number is compared to 9.5 percent for white households. African-Americans have routinely earned less than their white counterparts.

“When you look at what happened we had a recession from December 2007 to June 2009,” said Gordon Green, spokesman for Sentier Research. “Incomes declined until 2011 and minorities had a harder time recovering than other groups.”

This is true. The unemployment rate among African-Americans hovers at 7.6 percent, compared to the 4 percent for white Americans. When examined between men, the divide is even greater, with an almost 2-to-1 gap between white and black men.

The reason for such a focus is economically rooted. Many white non-college educated men work in manufacturing and it’s an industry that has seen a decline in jobs and lower wages due to an increase in technological improvements.

This problem also affects non-college educated black men, who have seen their position in manufacturing jobs dwindle to 8.6 percent. In the 1990’s both groups were likely to be hired in manufacturing, according to Washington Center for Equitable Growth.

“Massive job losses in manufacturing employment in the U.S,” said Lars Osberg, professor of economics at Dalhousie University. “It has eviscerated the employment prospects for people without a college education.”

During his presidential campaign, Donald Trump vowed to bring back jobs in manufacturing. This promise appealed to 67 percent of non-college educated, white Americans who voted for him in November. With higher unemployment numbers and a significant gap in income and wealth, those in the black working class were harder pressed to seek the type of changes he was promising, but they voted overwhelmingly for Hillary Clinton. President Trump’s tone during the campaign could only be described as divisive, which was off putting for many minority voters.

“He did a bunch of race baiting and ethnic stereotyping,” said Osberg. “He rode those real resentments.”

The focus on white working class men is not likely to end anytime soon. Senator Bernie Sanders, who also ran for President, told CBS This Morning in November, “It is not good enough to have a liberal elite. I come from the white working class, and I am deeply humiliated that the Democratic Party cannot talk to where I came from.”

“In the age of ‘The Donald’ everyone has been working on the wages for high school educated white men,” said Osberg.

Despite a decrease in the last two decades, income for white Americans have remained steady year-over-year. The widening wealth and wage gaps, however, have left working class African Americans further disenfranchised.

“Wages for African Americans have been declining,” said Wilson. “It has been flat for the white working class Americans during the last twenty years, but the black working class has actually lost ground.”

Sean O’Connell a contractor and plumber from Wilmington North Carolina is a member of the white working class and voted for Donald Trump because he wanted jobs to remain in the U.S.

He admits he isn’t hurting financially, despite not earning a lot of money, but it is difficult to take care of his son who is diabetic.

“My son is a type 1 diabetic, he has Medicaid but, I don’t know how long that will go on, said O’Connell, 51. “I cannot afford his insulin alone, I don’t know anyone who could.”

Both groups have seen their incomes decline over the years, but it’s the white working class that gets most of the attention, especially during a contentious political period.