As Labor Market Tightens, Manufacturers Add Efficiency, but Not Jobs 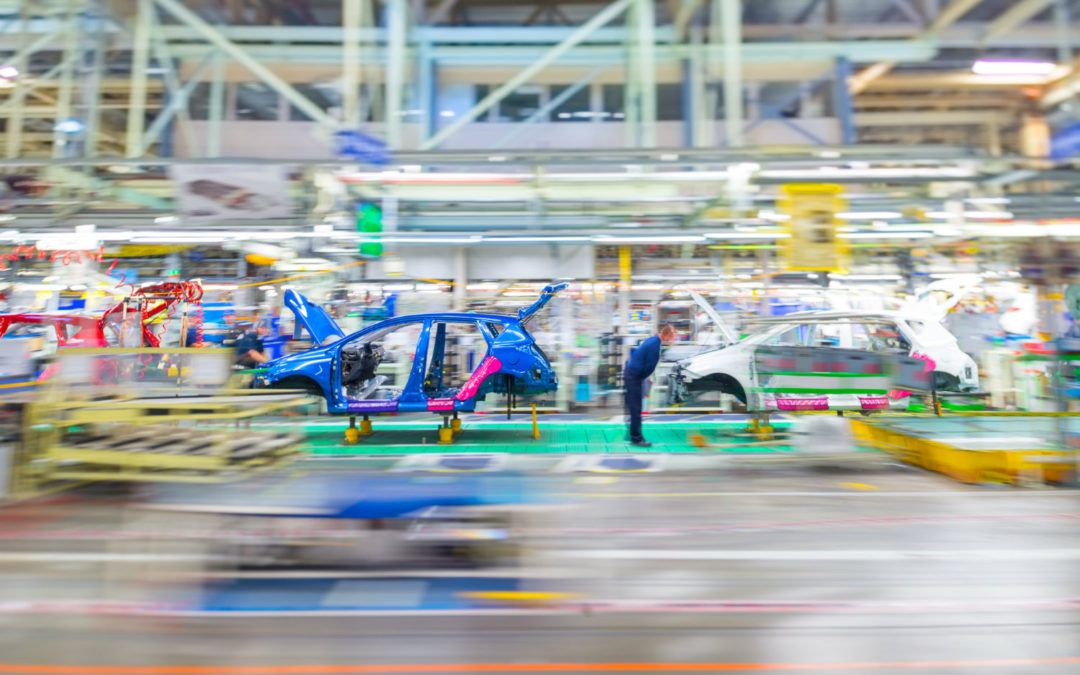 GE plants across the country will hum with conversation more and more this year, but it won’t be from workers.

The machines on the shop floor now talk directly to technicians and plant managers via software that collects and transmits data in real time, part of what’s known as the Internet of Things (IoT).

“One of the things that we see today is that manufacturers that we deal with, they’re under constant pressure to reduce costs while improving productivity and quality,” said Kathleen Mitford, executive vice president of segments at PTC, which sells IoT software to manufacturers including GE.

“That is something that is coming up more and more often.”

While President Donald Trump has promised to bring back manufacturing jobs to the American economy, many manufacturers are investing to improve efficiency and productivity rather than add workers.

That trend may be accelerated as the economy continues to grow and employ more workers.  With the unemployment rate at 4.7% in February, many economists believe the economy is either at or near full employment, which puts pressure on wages and makes efficiency-increasing investments more attractive.

“You have a tighter labor market and that will only further serve to raise overall wages and salaries,” said Chad Moutray, chief economist at the National Association of Manufacturers. “That’s only going to continue to increase.”

While labor in manufacturing has struggled, capital investments have increased. Those investments quickly recovered after the recession and, after a slump in 2015, have been increasing in the last 12 months.

“We see a trend in adoption,” said Jean-Philippe Provencher, senior director of IoT solution management at PTC. “They will start typically with a small scope and self-contained, we see a lot of our customers scaling and going to more factories.”

It’s not just giants like GE that are investing in efficiency.

IQMS, a manufacturing software company based in California supplies small to mid-size manufacturers with efficiency-improving software.

In the past, a manufacturer would have had to employ about one technician for every three machines to monitor production, according to Ed Potoczak, director of industry relations at IQMS. With IQMS’ software, the manufacturer can monitor the machines in real time and only send a technician when something goes wrong. That technician can even receive an alert on a tablet or smartphone to let them know if a machine is acting abnormally.

These measures can help manufacturers increase profits and stay competitive.

However, while efficiency-saving technologies help the bottom line, in order to significantly grow American industry and create jobs, broader changes to fiscal policy are needed.

Manufacturing has had a steep climb to recover from the recession in 2008. The total number of manufacturing jobs is still about 12 percent lower than it was in January 2007, while the economy as a whole passed pre-recession job levels in mid-2014. The historically high dollar and an aging infrastructure are holding back growth, economists say.

“If we lower the dollar it makes imports more expensive and makes U.S. exports cheaper,” said Rob Scott, senior economist and director of trade and manufacturing policy research at the nonprofit Economic Policy Institute. “It is the single most important trade policy tool available to affect imports and exports.”

During his confirmation hearing before the Senate Finance Committee, Secretary of the Treasury Steven Mnuchin promised to maintain a strong dollar.

“I will enforce trade policies that keep our currency strong on the world exchanges and create and protect American jobs,” Mnuchin said.

“Infrastructure requires inputs from manufacturing: steel for highways and bridges, for instruments, electronics, for electricity networks and rebuilding highway and power systems. All those require manufactured products,” Scott said. “We need to be spending $400, $500 billion a year on infrastructure as a minimum.”

In Pennsylvania, David N. Taylor, president of the Pennsylvania Manufacturers Association, said that infrastructure spending could not come soon enough. While automation and technical advancements have changed the role of factory workers, he said that investments in infrastructure would create jobs and dramatically decrease production costs in that state.

“We need new energy infrastructure. We’re living in the past,” Taylor said. “We need all of this yesterday.”