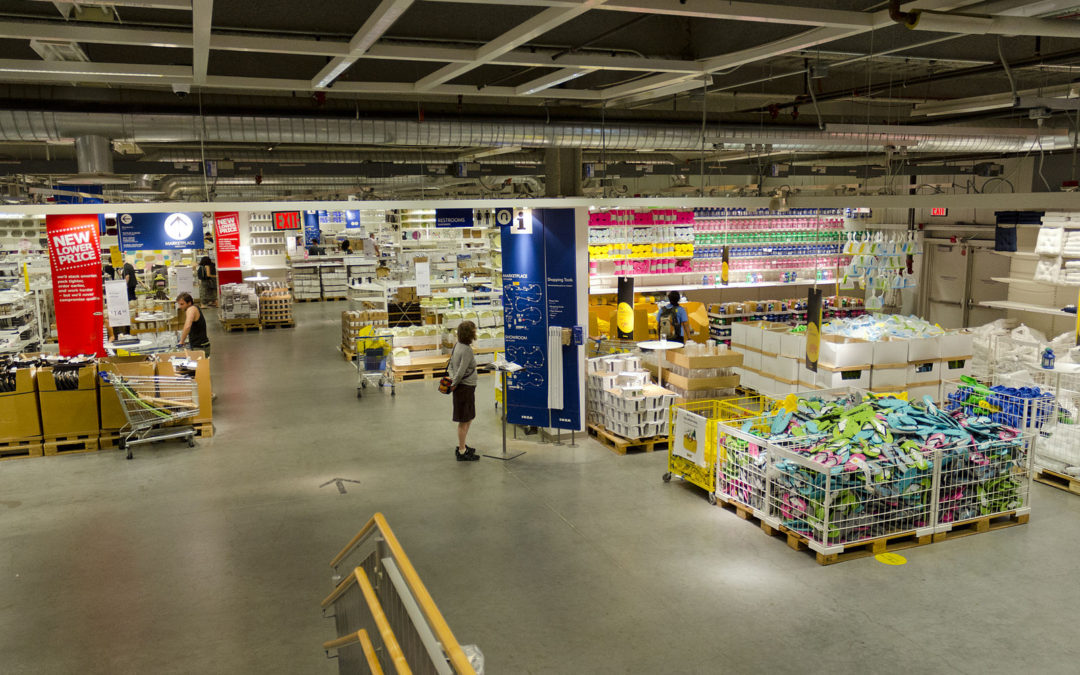 Despite an unusually warm February, consumers didn’t go out shopping and retail sales rose only 0.1 percent over January to $474.0 billion. Spending on electronics, clothing, hobbies and restaurants fell in February. Online sales and sales in the construction and home furnishings sectors rose.

Sales of electronics in February decreased by 2.8% following a strong holiday season. Cuts in spending on other discretionary categories like clothing, hobbies and restaurants decreased as well, indicating uncertainty about the economy.

Baby boomers are confident about the economy and millennials are less so, but both are keeping their wallets closed.

“A lot of this improved confidence in the economy right now is focused among baby boomers,” said Frank Badillo, economist and director of research at MacroSavvy LLC, a market resource network. “Baby boomers are still focused on saving for retirement and recovering their household budgets, and they are not putting their money toward retail sales,” he said.

The younger end of the generational scale is less confident about the economy, but they might be more compelled to start spending more.

Clement Lespinasse, an aircraft mechanic from Hawthorne, N.J., closed on a house just two days before the Federal Reserve Board raised interest rates.

“My lease was up for my apartment, and I decided to buy a place instead of renting,” Lespinasse said.  “And then I heard that interest rates might go up, so I thought it’s a good timing.”

A fear of rising interest rates in March may have positively affected sales of furnishing and buildings’ material sectors. The uptick in demand for home-related goods lifted sales of building materials by 7.3 percent and furnishings sales by 4.9 percent over February last year.

Barbie Bryanildsen, an owner of Wow Furnishing, a small furnishing store in Alton, Ill., said her business had never done better than this February.

“In February we had our largest month since we opened in August of 2016,” said Bryanildsen in a phone interview. “We have already passed that amount for March, and we are only halfway through.”.

“We are very happy. We are actually looking at expanding and looking into buying a building for a new location instead of renting.”

However, the hike in interest rates will eventually bring real estate sales down, entailing a slowdown in furnishings sales.

Consumers’ mixed feelings about the economy are likely to bring modest to weak growth in retail sales in March.

Slow auto sales in February are unlikely to do better in March. The reason for 0.2 percent decline in auto sales is a “combination of weather, consumer confidence and fear of rising interest rates,” said Marc Kalan, an associate professor of marketing and business at Rutgers University.

The cost of leasing or buying a car is going to increase after the Federal Reserve Board raised interest rates by a quarter-point on Wednesday, which could slow the market.

The gap in consumer confidence between Republicans and Democrats is another reason to hold back retail sales. The population is split between favoring reduced government regulation and feeling excited about the current Republican position in the marketplace, and those concerned about the transfer of wealth and potential loss of medical care. Sales of items that sector would be purchasing are slowing down.

“I think people are now believing that some of the promises made by the Trump administration are challenging to bring to fulfillment,” Kalan said, “and people are concerned about that.”