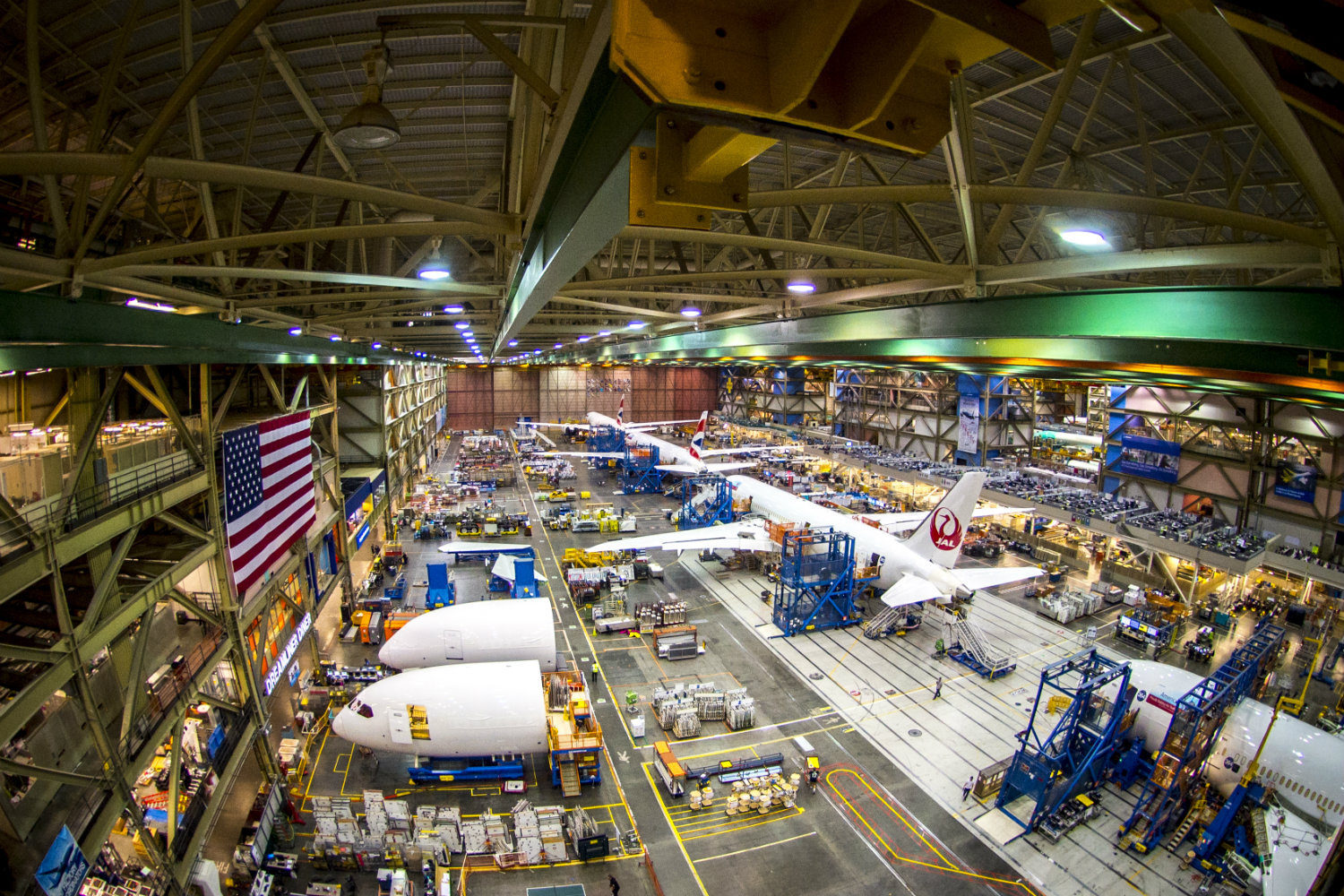 Slow growth for durable goods in January showed that American manufacturing remains weak in an otherwise strong economy, as producers wait to see how the Trump administration will deliver on its promise to revive American industries.

Orders for aircraft surged in January, boosting durable goods orders in total by 1.8 percent to $230.4 billion. But aircraft orders are not indicative of the health of the industry as a whole, since those figures vary significantly from month-to-month. Not including aircraft, new orders for durable goods decreased by .2 percent.

“Overall durable goods orders remain soft,” said Chad Moutray, chief economist at the National Association of Manufacturers. “We haven’t emerged from the challenges we’ve had over the last couple years.”

Manufacturing in the United States has also been hurt by the historically high price of the dollar, which makes American products more expensive to export. In contrast, European manufacturing has been booming recently. Manufacturing in Europe in February rose faster than at any time since April 2011, according to an analysis by IHS Markit.

But American manufacturers remain optimistic, economists said. The economy as a whole is growing, markets are at an all-time high and the labor market, with the unemployment rate at 4.8 percent in January, is near full employment.

With Trump in the White House and the Republicans in control of congress, manufacturers expect new policies and spending that will finally bring some of that economic growth to the manufacturing sector.

President Trump made bringing back manufacturing to the United States a recurring issue on the campaign trail and has promised to enact policies that will benefit domestic production, including renegotiating trade deals and levying tariffs on imports.

The White House will also release a new budget this week that includes a $54 billion increase in defense spending. If the details of that plan include orders for new aircraft, it could be significant for durable goods going forward.

However, fiscal stimulus is not all positive.

With the economy already rolling steadily upwards, fiscal stimulus spending on infrastructure or defense could lead to inflation. During her testimony to Congress in February, Fed Chair Janet Yellen said the Fed will keep an eye on fiscal policies as it plans to make interest rate hikes throughout the year.

And even with slight improvements to manufacturing last month, that may not lead to more jobs for American workers, some experts said.

In a tightening labor market, wages will begin to increase. To fight the increase of costs, manufacturers are likely to invest in software and technology that will make production more efficient without additional hiring, according to Ryan Sweet from Moody’s Analytics.
“If their workers become more productive, they’ll be able to meet demand with their current workforce,” Sweet said.