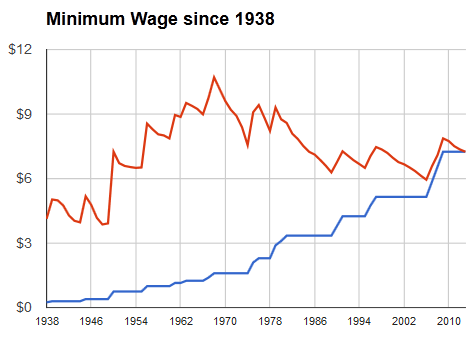 The first chart shows the federal minimum wage going back to 1938, when FDR first signed it into law. Back then, the minimum wage was 25 cents.